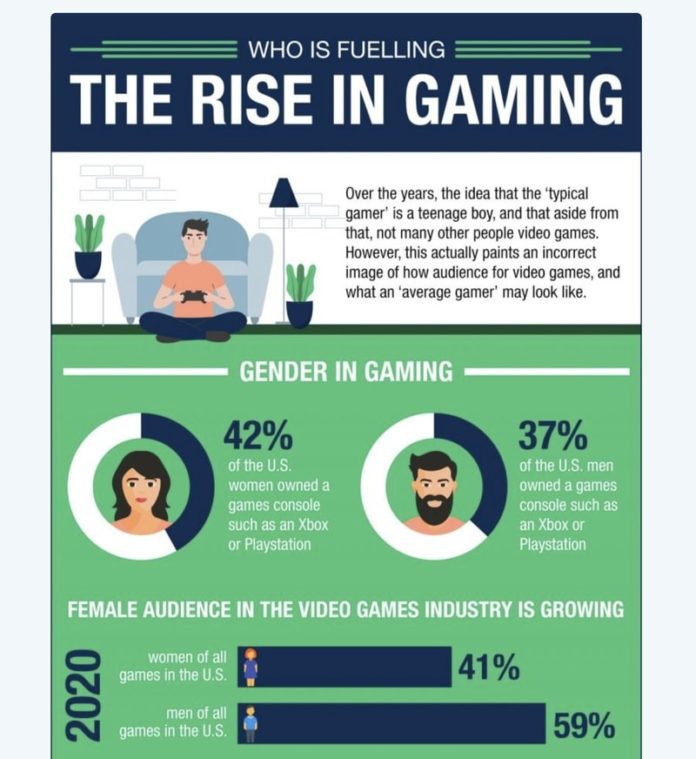 The rise of video games has taken the world by storm over the last few decades. As shown by research from Findbettingsites.co.uk, this has happened in a variety of different ways, affecting people of different ages in varying manners also. Video games have improved in the technology which they use and therefore the quality of content which they can provide. On the one hand, younger audiences can get their hands on incredibly immersive video gaming experiences on whichever console or platform they wish and play with players from across the world or enjoy a single player experience; and, on the other hand, older businesspeople and financiers can get involved in some seriously lucrative investment opportunities. With this flow of money and loanable funds comes an even crazier amount of money being funnelled into games studios and experienced professionals, building not only the code on which games run, but also the variety of graphic and visual experiences.

Simply put, the world of video games is venturing into the world of cinema, providing video game experiences like never before. An interesting example is the Mortal Kombat franchise, which this past year had released its 11th game – Mortal Kombat 11. This game was published by the Warner Bros studio, so it may give you an indication of the type of quality that this game has. The main point here is around exactly how the game is played by the gamer.

The player follows a fictional story, which is seriously scripted, then made into a sort of movie throughout which the player takes control to fight and actually play the game. So this is not a typical game, where the player clicks the start button and, perhaps after a few instructions, is left to wander around an open world and learn the ropes of the game, but is actually much more passive in his or her gaming experience. The player watches the ‘movie’ of-sorts play out, learning about the different characters, their individual storylines, while also having a chance to take control and play as them throughout the game at specific points.

Mortal Kombat 11 specifically has around 8 hours of game time within its specific ‘Story mode’ setting. This means that for eight hours, the player is able to watch the characters and storyline develop, experience the insane visuals while also at regular intervals actually take control of the characters and play – interestingly, it has hard to tell apart the scenes from the story, as well as actual gameplay, since they are so similar in their amazing quality.

So here we have a player, sitting comfortably at their house, playing some video game for around 8 hours and, in effect, watching a movie while also interacting with it somewhat. Compare this to the typical movie you may see at the cinema – 2, maybe 2 and a half hours? – and you can imagine the budget and expertise behind creating an ‘8 hour long’ movie wherein the player also gets a chance to then play and fight. Surely, this is not a simple 8 hour long video being played to the gamer, but it sure is enough content for them to be sat there for that amount of time playing it!

In conclusion, maybe you may not have known it, but video gaming is becoming entertainment in more than its traditional form. The video game industry can now take their gamers on a ride similar to that of a movie, by providing an insanely immersive cinematic experience. However, are these video games with a cinematic experience, or movies with playable elements?