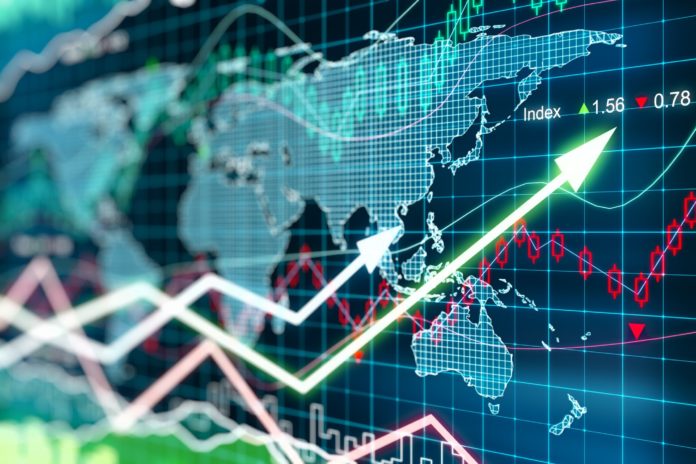 As any active trader would tell you, 2020 has been an extremely unusual year for trading. Some of the stock market’s most important indexes, including the S&P 500 Index, lost a third of their value in less than a month, only to regain most of that value over the course of the next six months. As a result, individuals using S&P 500 trading strategies—or any index trading strategy, for that matter—have had to make a considerable amount of adjustments.

Since the beginning of October, most stock market indexes are nearing record-highs. For many people, however, it certainly doesn’t feel as if current market conditions are the best they’ve ever been. There exists a clear disconnect between the stock market and the state of the “economy”, which both forex traders and active stock traders will need to pay attention to.

Beyond the fallout of the COVID-19 outbreak, 2020 has been full of market anomalies. Unemployment rates, interest rates, market volatilities, and even the price of gold have all exhibited abnormal behaviors. Furthermore, even among today’s best economists, generating a recovery forecast has been extremely difficult.

The Stock Market and the Economy: Two Different Worlds

There are many different ways to measure the performance of the stock market, but among the most common is through the use of indexes. The Dow Jones Industrial Average, the S&P 500, and the NASDAQ are three of the most commonly used indexes to evaluate the state of the American stock market—investing in an index helps traders develop a diversified position that will allow them to enjoy the (typically 10 percent per year) growth of the economy as a whole. When these indexes are doing well, people will typically say “the market” is doing well.

The “economy”—which is really just the sum of all markets and market participants—is a bit different. The economy is a broader term, with even more corresponding indicators and measurements. The Federal Reserve’s dual mandate is to “promote effectively the goals of maximum employment, stable prices, and moderate long-term interest rates.” While minimal consumer spending has effectively kept inflation under control, unemployment has skyrocketed. According to the Bureau of Labor Statistics, unemployment peaked at over 15 percent this March and is still hovering around 8 percent (still very high).

Of course, because each directly affects the other, there has historically been a very strong correlation between the stock and market and the broader economy. When people are employed and inflation is low, it is easier for people to purchase goods and increase their quality of life. At the same time, when more people are able to purchase goods and participate in the economy, companies are able to increase their profitability and, ultimately, enhance their bottom line.

The current state—one in which is there is a disconnect between the market and the economy—is unusual, but not unprecedented. The status quo has been shaped by several unprecedented market forces and will continue to experience dramatic changes.

Propping Up the Markets

Looking at a major index, such as the S&P 500, can help outsiders understand whether investors (as a composite whole) are optimistic or pessimistic about the future. The stock market, after all, is a capital market. If it suddenly appears that capital will be more productive in the future than previously assumed, markets will rise.

The CARES Act was a significant piece of legislation, signed into law on March 27 (2020). While the Act distributed $1,200 to many American adults, the bulk of spending has been directed towards the business sector. This sort of relief provides a clear “cushion” for holders of capital which, as suggested, helps protect the future productivity of capital.

With the passage of the act, it became easier for traders to see that markets are typically quicker to move—especially when the movement is bullish—than the economy as a whole. Investors jumped back into American capital markets, hoping that their capital could be productive in the future. In other words, one of the reasons that there is currently such a large gap between markets and the economy is because—thanks to stimulus—the recovered economy is largely “baked in” regarding index values, whereas the return to normal employment will require more time.

The Pros and Cons of Volatility

In this unusual year, markets have experienced cycles of dramatic dives and dramatic recoveries. Though the stock market is currently hovering around where it was in early March (prior to the pandemic drop), it sure doesn’t feel that way.

In fact, the volatility index (VIX) currently suggests this year has been the most volatile in history. For traders, this means that there will be plenty of opportunities to exploit the market’s general state of chaos, which is why the use of volatility trading strategies has become quite common. However, once again, this causes us to see how volatility affects the stock market differently than the economy. As a trader, volatility can be great because it means a large upswing is probably on the horizon. As a consumer, however, volatility creates uncertainty, which can stunt hiring and discourage new investments.

Lastly, the current disconnect can be further explained by the effects of trading psychology. When all else is equal, traders will almost always overreact to breaking news. Upon realizing that large swaths of the global economy were shutting down, the S&P 500 lost an incredible 34 percent of its value. Traders were extremely pessimistic. After just a few days, the stock market had seemingly nowhere to go but down.

However, despite the many undesirable things that have resulted from COVID, the front-loading of the market’s decline created a situation in which a gradual shift back to normalcy was essentially inevitable. Markets began “correcting” themselves and reverting to the norm. Traders who used band indicators, such as Bollinger Bands were able to spot these anomalies and enjoy this reflexive growth. Once again, it is easier to see how the markets are much more reactive than the economy as a whole.

The COVID-19 outbreak has been messy—there is no denying that. One thing the outbreak has provided, however, is an opportunity for new traders to better understand market mechanics. While they are highly correlated, the unique forces that have formulated this year have caused there to be a gap between the stock market and the economy. By understanding why this gap exists and understanding when this gap will possibly close, you can still find plenty of profitable trading strategies opportunities. News trading, volatility trading, and range trading strategies can all be very effective.