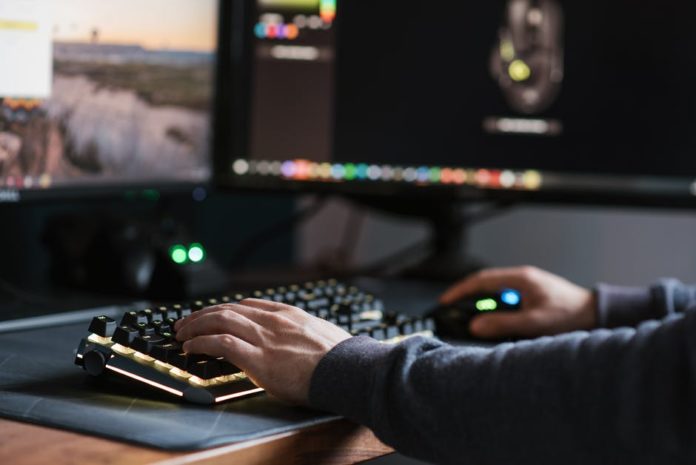 Of all the devices that people use throughout the day, perhaps none is more underappreciated than the computer. Most people use a computer every day, yet few people understand how they actually work.

The idea of machines working to make our lives easier has existed for centuries, and historians have traced the origins of the computer back to the 19th century. Yet hundreds of years later, the original inventors would have a hard time comprehending the complex machines of today.

But how do computers work? If you’re looking for an answer to this seemingly difficult question, keep reading for a guide that will explain some of the most important facts about computers.

What Is a Computer?

Before diving into how computers work, you should first have an understanding of what a computer is.

While it might sound like an easy question, how would you respond? Is a computer something to play games on? Something that gives you access to the internet so that you can check up on your ex? A tool that can help you edit your pictures?

In essence, a computer is all of those things, and so many more. It’s a piece of machinery that works to process information, or data. After processing it, a computer then stores it and eventually gives it back to you when you’re ready for it.

To function as data processors, computers rely on many different parts inside of them. These work in conjunction with one another to perform whatever task you demand of your computer.

While you could break each of these parts down into further components and pieces, we’ll keep things simple. Here are the seven parts your computer needs to run.

Most people would agree that their mothers play a central role in their lives. Your computer’s motherboard does the same thing. Without it, you wouldn’t have a computer.

The motherboard works to connect all of your computer’s various hardware and components with one another. All of the other six computer parts rely in some capacity on the motherboard to work. Some latch onto it directly, while others plug into it.

Modern motherboards come loaded with lots of slots for graphics cards, extra sticks of RAM, and ports so that you can connect your various devices to them.

If you’re someone who enjoys playing computer games, you should be well aware of how important a powerful GPU is. GPU stands for graphics processing unit, and its job is to make sure the programs you run look as pretty as possible.

A powerful graphics card will allow you to play the latest and greatest video games without a problem. It will also allow you to run intensive applications, avoiding lag, stuttering, and other issues while doing so.

If your computer’s motherboard is like your mother, then the CPU is like your brain. CPU stands for central processing unit, and its job is to process the various applications and programs you have on your computer.

Like people, some computers have faster processors than others. A fast processor will let you have several different applications open at the same time without a problem. It can also give you a faster experience while gaming and using other intensive programs.

On the other hand, a slower processor will struggle to manage more than one or two programs. You may experience crashes or lag, and your experience as a whole will be frustrating when using a slow and lethargic processor.

Although computer technology seems complex, at the end of the day computers are electronic machines. As is the case with any type of electronic, they need power to run. That’s where the PSU, or power supply unit, comes into play.

Yet contrary to what you might be thinking, a power supply unit doesn’t just supply power to your computer. Before doing that, it has to first convert the alternating high voltage current, or AC power, into direct current, or DC power.

DC power uses a much lower voltage than AC currents. While your office might have a voltage of 230/120 volts, different computer parts may only need around 5 or 10 volts. If your PSU didn’t do this, it would fry your computer!

Are you looking for a quick and easy way to make your computer run faster? If you are, many computer experts would recommend adding additional RAM, or random access memory. The more RAM your computer has, the faster it runs.

RAM works as a short-term storage space for data. Your computer puts data that it’s working on there so that it can access it when it needs to. More RAM means more space for your computer to juggle different programs, tasks, and raw data.

Unlike other computer parts, RAM is fairly simple to add to your computer, provided you know how to operate a screwdriver. It’s also one of the few pieces of hardware that you can add to laptops, which are notoriously difficult to upgrade.

When you save a funny meme from the internet to your Desktop, you’re actually saving it to your computer’s HDD, or hard drive disk. This is where your computer holds all of your saved files, from photos and videos to apps and documents.

People who have used computers for years will remember how long it sometimes took to open a file or program. That’s because hard drives have come a long way, and today, most people use another system for storage.

Most modern computers use SSD, or solid-state drives. These are much faster than traditional HDDs, and are also more reliable. You won’t have to worry about them crashing and deleting all of your files, nor will you have to worry about waiting an hour for something to open.

Out of all the different components of your computer, people are often most familiar with their computer’s OS, or operating system. Although there are several different OS options to choose from, Windows and Mac are the most popular.

The OS is essentially an interface that allows communication between yourself and your computer’s hardware. It allows you to perform all of the basic functions that you’re accustomed to, including file management, process management, and memory management.

While Apple designs most of its hardware itself, Windows does not. That means that with a PC, you can choose from brands such as Lenovo, Dell, and many others.

How to Communicate With Your Computer

If computers could talk, then we wouldn’t need all of the various apparatuses we have to use them. We would just need the actual computer tower with the different hardware pieces inside.

As of now, that isn’t possible, which means that there are a few other computer pieces to take into account.

You need a way to relay commands to your computer, and that’s where the different input sources come in. Some of the most common input sources are a keyboard and mouse, which as almost every computer user knows, allow you to do almost everything.

Modern systems also come with newer input systems, such as voice control. Most experts expect these input technologies to continue to grow in recent years.

After your computer processes the information and commands that you give it, you then need a way to understand it. That’s where the different output components come into play.

Your GPU is one piece of hardware that helps transmit data to you in a recognizable form, but the other major component is your computer’s monitor. This can either be an attached screen, like on laptops, or an external monitor, like a TV screen.

Although they aren’t required for your computer to run, speakers are another output component that allows you to better receive certain types of information.

How Do Computers Work? It’s Simple!

How do computers work? While they might seem complex, when you break everything down, you realize that they’re quite simple. The many different components and parts work with one another to deliver you the best experience possible.

Do you now have a better understanding of how computer technology works? Before you go out and start building your own system, make sure to check out some of our other blog posts for more tech-related guides and tips.

Google Exec Says Drone Deliveries Will Happen by Next Year

GizmoCrazed - January 19, 2016 0
Many have been upbeat about Amazon’s proposed drone delivery system. Now Google has revealed its plan to begin a similar service of delivery that may...

Google: Free Gmail Calls In The US And Canada Extended For...

The food revolution may have just needed a cup of Blue...