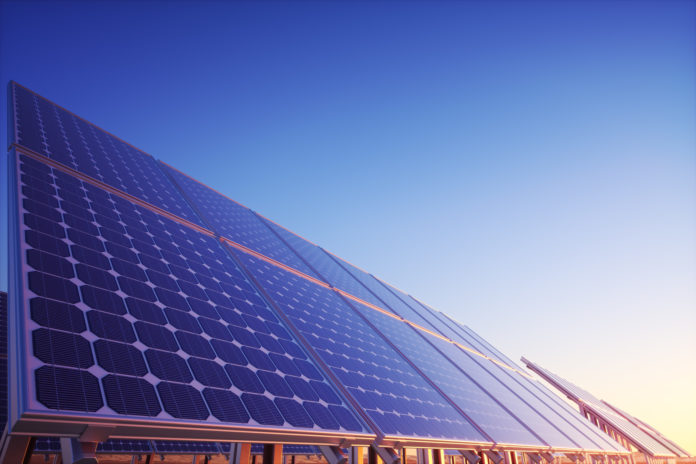 Want to help save the planet using a free, ancient resource? Look at the sun.

Solar power is booming in popularity. Over the last ten years, solar energy has averaged a massive 49% annual growth rate.

We tend to think of solar power as a new phenomenon brought about by hippy scientists and just now beginning to make its way into the mainstream. But solar power has a long history.

Way back in 1839, Alexander Edmond Becquerel was experimenting in his dad’s laboratory in France. He found that silver chloride that had been placed in an acidic solution and connected to electrodes produced power when the light hit it.

This new effect was called the photovoltaic effect and is now sometimes called the Becquerel effect in honor of the man who discovered it. This was the start of research into solar panels.

The first real solar panel was developed a little later, in 1883 by American Charles Edgar Fritz.

But even way before that, humans were using the power of the sun to heat and cook. Ancient Egyptians designed their houses to be heated by the sun during the day. Many ancient cultures used the sun for cooking and heating, even as far back as 2,700 years ago!

Some people are skeptical of solar power since they believe it can only be used during the day when it’s sunny outside. Of course, it’s true that solar power needs the sun shining to collect energy, but the energy can be stored for later use.

The answer is solar batteries, which can collect and store energy from solar panels. They hold the energy until it’s needed at night or when it’s cloudy. The technology for these is getting better all the time, and prices are coming down.

Tesla, LG, and others are competing for market share in this emerging market, and the competition is driving the advance of technology, as well as a decrease in price.

3. There Is More Than Enough to Go Around

One big reason solar power is important, and why it will be a key part of the future of energy worldwide is that it’s so abundant.

Enough sunshine hits the earth every hour to provide more than enough power for the entire human population for a whole year. There is still only a small percentage of power being supplied by solar energy compared to fossil fuels, but that will change.

Are you interested in more benefits of solar? Check out these 7 reasons for installing solar panels.

Solar Energy Can Help Save Us

As the world faces a climate crisis, one thing that can help stop it is the widespread use of solar energy. It’s free, it doesn’t use fossil fuels, and it doesn’t pollute the air or produce greenhouse gases.

Ancient people knew the power of the sun for energy, and we would do well to return to this efficient and clean power source!

Remember to check back on our site for more great articles on green living, home improvement, and other related topics.

GizmoCrazed - February 9, 2012 5
iPad 3's release is just around the corner and today some more rumours about its specifications have swirled over the web. The latest report...

This Robot Tractor Is Ready to Disrupt Construction