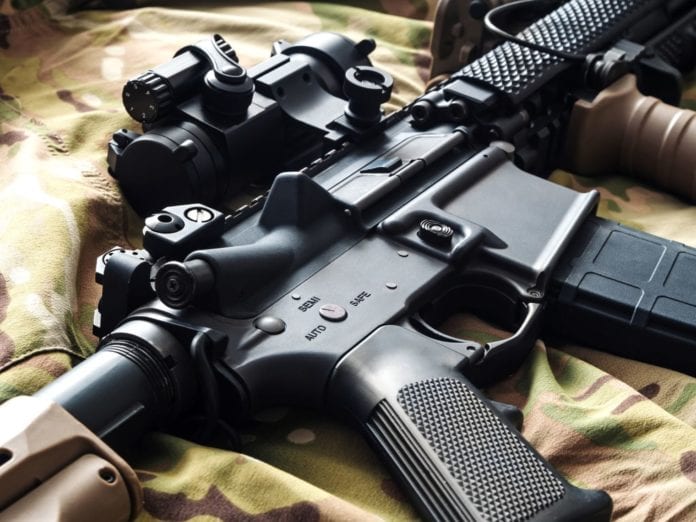 There’s a fine line between creative genius and downright insanity.

In fact, the two are not necessarily mutually exclusive. It is perhaps safe to say that there is creative merit to every (or almost every) seemingly absurd idea.

If you’ve got an unusual fascination for these bizarre, absurd and admittedly ingenious tendencies of mankind, here are 8 of world military’s strongest weapons that represent just that!

The answer to the question – what do you get when a behavioral psychologist decides to take on military inventions?

Yes, B. F Skinner, the Harvard professor known for his significant contributions to behavioral psychology also has the pigeon-guided missile to his credit.

Picture a Bismark-class battleship during the World War II period, now picture trained pigeons at the nose cone. When the pigeon tapped at the center of the screen, the missile would fly straight ahead, when it pecked a little off-center, the missile would alter its course and get right back on track.

Does that sound insane? It actually worked remarkably well. It was completely functional and surprisingly reliable. However, despite Skinner’s passion behind the concept and the weapon’s proven reliability, it was never deployed. Apparently, radar-guided missiles were considered safer, more effective weaponry.

To this day, pigeons protest against the injustice by deploying their own bombs over the unsuspecting public.

The Puckle Gun was invented in 1718 by British lawyer and namesake – James Puckle. It the first multi-shot weapon of its kind, firing at thrice the rate of a conventional single-shot weapon. The reason it stands out as unusual owes to its historic purpose as much as the design used to fulfill the purpose.

The weapon had the ability to fire both, round as well as square-shaped bullets. Owing to the 18th-century Ottoman invasion, the weapon’s purpose was to fire round bullets at Christians and their square, and more excruciating counter-parts at Muslim Turks.

All that to convince the Turks that belonging to a Christian civilization had its perks.

Thankfully, now you have the option of buying your own effective weaponry from competent manufacturers like Seekins Precision to protect yourself from the James Puckles of the world.

In other less morbid facts, the puckle gun also has the distinction of being the first multi-shot weapon to ever be patented. Despite that, and all of Puckle’s attempts at marketing, its lack of reliability made it lose out on commercial success.

If you thought to ride a motorcycle made you badass, you’ve clearly never laid eyes on Vespa’s 150 TAP.

When their supply lines got cut off, licensed manufacturers of Vespas in France wanted to contribute to keeping the French military well-equipped. So they used their expertise to design a modified scooter, mounted with a 75mm cannon.

The plan was to release these scooters in pairs via parachute. Along with the scooters there would also be two men, who would be in control. However, contrary to what it might seem, the cannons were never meant to be fired from the scooter, unless there was an emergency.

Either way, due to its stability issues, the cannon scooter never quite served the purpose for which it was invented.

First, it was pigeons and now we have bats. There’s definitely a pattern to this. After the Japanese attack on Pearl Harbor, dentist and spelunker Lyte S. Adams was inspired to arm bats with bombs.

His idea was to attach tiny incendiary devices to hibernating bats, enclose them in casings and have them drop onto Japanese land. These would release the bats who would then fly off to roost in homes within a radius of 40 miles. Eventually, the bombs would detonate, causing simultaneous fires in inaccessible locations.

He was so sure of his idea that he took it to an acquaintance – Eleanor Roosevelt, and got it approved by the President. The National Research Defense Committee was on board with the idea and thought it worthy of investment. And so Project X-Ray was born.

Eventually, the project received more than $2 million worth of investment. The idea, though seemingly far-fetched might have actually taken off (pun intended), had the NRDC continued to work out the tweaks.

However, at the time they had switched sights to developing a different kind of weaponry – the atom bomb.

Also, known as the Beetle, the Coleoptera was a single piloted, vertical take-off and landing (VTOL) aircraft, designed by the French company “SNECMA”. Its closed wing design allowed for it to take off and land vertically, thus requiring no runway nor excessive space.

Its ring-like wing wrapped around the fuselage gave it an extremely unusual look. However, this aircraft was destined to crash and burn from the very beginning. It was difficult to gauge its altitude and it would sometimes spin during vertical take-off.

On its ninth (and what would be it’s final) flight, it experienced a severe case of wobbling and accelerated horizontally. The pilot exited the aircraft, severely injuring himself, and the Coleoptera crashed into its own destruction.

This was only a prototype at the time, and the second prototype did not receive any funding. This led to a discontinuation of the whole project.

6. Kugelpanzer or, the Ball Tank

Yet another ill-thought-out experiment was the ball tank. The prototype was first built in Nazi Germany, and somehow got captured by the Russians in China. The ball tank was designed to roll on rotating outer shells, each with a diameter of approximately 1.5 meters.

It’s one major flaw was that the individual manning it from the inside had no way of knowing what was happening outside. The inventor, Richardson had been so caught up in optimizing the motion aspect, that he’d completely overlooked the fact that the men would need to know who and what they were shooting at.

It was truly a weapon of mass and indiscriminate destruction.

If you’re ever in Russia, you can have a gander at it in the Kubinka Museum, where it now resides.

No, it’s not a bomb to destroy homosexuals. In fact, quite the opposite. It was a bomb designed to turn the opposition gay. Yeah, let that sink in for a moment.

Born out of an attempt to create a non-lethal line of weaponry, the idea was to drop a bomb near enemy troops, releasing a chemical that would supposedly turn them gay. This was intended to disrupt troop morale by introducing the world’s most potent distraction – sexual tension.

Now, if you’re thinking “damn, that is archaic. That must’ve happened during the 18th century or something” then you are quite wrong. The U.S Department of Defense thought up this interesting little scheme in 1994. Yeah, toss that into the whole “only 90s kids will remember” phenomenon.

This proposed $75 million investment included provisions for aphrodisiacs and pheromones to make soldiers “irresistibly attracted” to each other. However, this ingenious (read as insane) plan was so scientifically unsound that it never amounted to anything tangible.

Fun fact: Later proposals also included the halitosis bomb. This one was designed to induce bad breath and body odor among enemy troops.

We’re as confused as you are.

And now for Britain’s idea to use chickens to detonate nuclear land mines.

During the cold war, NATO’s western allies set about building various nuclear weapons. British engineers of the Royal Armament Research and Development Establishment or the RARDE came up with the idea of an atomic land mine – Blue Peacock.

Designed for burial along with German soil, where they foresaw the Soviet Army advancing, the bomb was supposed to create a ten-kiloton nuclear explosion, taking with it a significant fraction of Soviet units, troops, and resources.

There was, however, one issue – controlling the detonation. An atomic landmine would most certainly wipe out the entire area, including friendly troops. How could they control the detonation of the bomb without being within its vicinity?

One plan involved a three-mile-long wired detonator, to be set off by a single solider. On setting it off, an 8-day timer would kick in, eventually resulting in an explosion.

The other problem was the requirement of a minimum temperature to prevent premature detonation. Now one of the popular ideas to regulate this temperature was placing chickens inside the mines with just enough food to last them 8 days.

Eventually, the project was shut down due to its many flaws.

Are These the Strangest Weapons Yet?

As a firm believer in man’s ability to be infinitely absurd, I’m certain that the strangest weapons are yet to be invented. However, until they do, this will remain a sound collection of world military’s most bizarre.

GizmoCrazed - May 20, 2016 0
The Bigelow Expandable Activity Module (BEAM) will be deployed to its full size Thursday, May 26, and begin its two-year technology demonstration attached to...

China Wants to Make a Mark in Space—But It'll Need a...