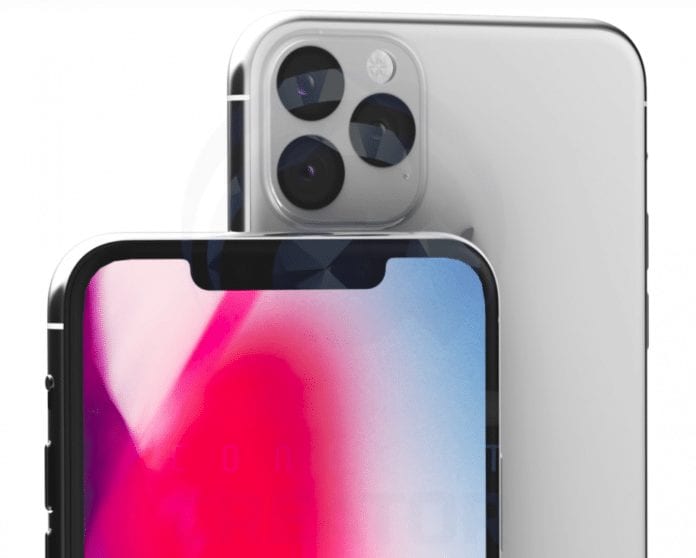 Apple’s had a pretty turbulent year.  They started the year off by becoming a meme for offering a $999 monitor stand (I’ll never be over that), announced that the new MacBooks would not use the disliked butterfly keyboard design, and then lost their lead designer, Jony Ive.

One topic of discussion, however, is this year’s iPhone design.  It’s basically a yearly tradition to report on every single rumor involving Apple’s iPhone, but it seems that we might have a confirmed report concerning the exact specifications of the iPhone 11.

I’m going to go ahead and give out the disappointing news right now and say that this year’s iPhone is projected to be only a minor upgrade.

I don’t think any of us are shocked about that.  Neither Apple or Samsung have made any major improvements to their phones in the past couple years, barring Samsung’s move to a hole-punch camera.

The man behind the leaks is none other than Guilherme Rambo, famous Apple insider.  He leaked information on the three new iPhones coming this year.  Also, why are phone manufacturers opting to make three models now?  That’s too much in my opinion, but hey, I’m not a CEO.

Guilherme made it clear that not much has changed on these models.  Here’s what’s staying the same this year:

If you were expecting a radical change of design, then you may want to skip this year’s offering.

Ok, I’m good now, just had that rant holding in ever since the first concept photos were released.  We can proceed.

Now, the good changes.  First off, we have Apple’s new “Smart Frame” technology, which will record the boundary outside the camera frame.  This is so you can fix a misaligned photo by cropping to the correct area.  Sounds cool.  Will it work?  I hope so, because that’s some future technology I can see myself caring about.

And this “smart frame” technology wouldn’t be possible without Apple’s new A13 chipset, which according to Guilherme is nicknamed “Cebu”.

Lastly, we have Apple’s controversial decision to remove 3D Touch from newer devices.  While this may seem strange, Apple has reassured consumers that there will be a new method to replace it, called “leap haptics”.

Out with the Old, In with the New

While this year’s iPhone seems to be only a minor improvement to last year’s, Apple has plans for a grand redesign, if the leaks are to be believed.

According to some leaks, the 2020 iPhones will come with radical changes, such as a much smaller hole-punch camera design, compatibility with 5G, a smaller 5.4-inch screen, a 120hz display, and a return to Touch ID.

Honestly, if all of that is true for the 2020 models, I’m going to have to switch.  A 120hz display is enough to get me hooked, the rest being icing on the cake.

So, if you want my recommendation, I say don’t even worry about upgrading this year.  The ugly design mixed with the minor upgrade isn’t worth spending $1000 on when the 2020 models will probably cost the same while being better in every way.

Take some of that money and try to get a VPN for your iPhone.  Lord knows you need one with all the investigations and data leaks going on right now.