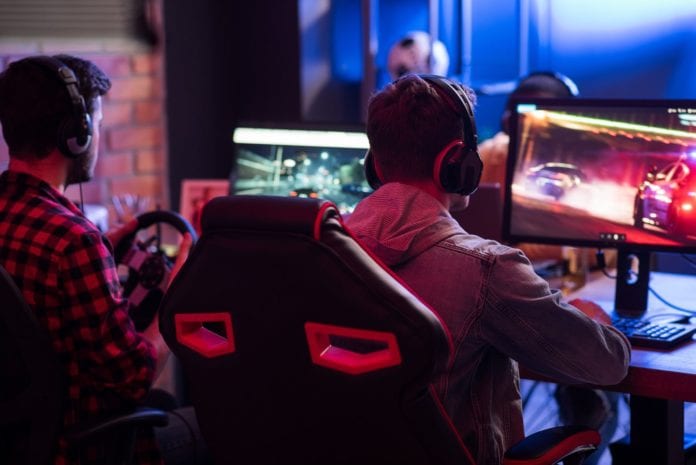 Do you play video games? Up to 70 percent of Americans play them!

Video games were once a niche activity played by kids. Now they have well and truly entered the mainstream.

The unstoppable rise of video games has raised many questions about how video games affect the brain.

When gamers turn off their consoles or put down their smartphones, the consequences of gaming on their brain doesn’t disappear.

For better or worse, it’s important to know how video games could be affecting your brain. Keep reading below to discover more!

When we think about addictions, we usually refer to drugs or alcohol. And yet, the World Health Organization says that “gaming disorder” also exists.

This considered a mental health condition by many experts. The characteristics of which include the following:

Many have questioned whether gaming is merely the symptom of mental health conditions, rather than the cause.

In other words, are people finding refuge in gaming away from the struggles of their lives?

We can’t say for certain either way. But, there are certain risks in playing video games too much!

There are also questions about whether gamers may be more susceptible to violence. While there are many types of video games, up to 90 percent of the most popular video games portray violence.

And yet, whether this actually affects someone’s brain in relation to violence is difficult to say with confidence. Nonetheless, even president Trump has asked whether “the level of violence on video games is really shaping young people’s thoughts” following the Parkland shooting.

This isn’t based in fact! The research discovered that barely over 1 in 10 school shooters displayed any interest in violent video games. Therefore, the connection has been debunked!

Equally, there is no evidence to support the claims that violence and video games are linked.

There have recently been reports that technology damages the human capacity to focus on what is in front of us. We’re always procrastinating and getting distracted, right?

Because of this, many parents are concerned about their children spending too much time playing video games. But, there may not be any need to worry!

In fact, video gamers display an improved ability to focus and avoid distractions. You’re not going to be able to complete a challenging game without concentration.

This isn’t the case for every video game. But, this is especially true of gamers who largely play shooter video games.

Hand-eye coordination is an important motor skill. And, video gamers have been found to have an increased capacity for motor skills compared with non-gamers.

Admittedly, this could be because people with enhanced motor skills are especially attracted to video games. Who doesn’t like being good at stuff?

Nevertheless, it is clear that reaction times and motor skills are present in gamers more than the rest of the population.

Even though playing video games may not necessarily cause mental health problems, video gamers are on average more likely to develop them.

This is partly due to increased vulnerability to weight gain and obesity. Regularly engaging in sedentary activities like gaming can cause this.

But, how does this affect the brain? Well, being overweight can cause a whole bunch of problems, including increased risk of depression and stress.

Of course, video gaming is far from the only reason why people gain weight and live unhealthy lifestyles.

Keeping your brain stimulated and active is essential to keeping healthy. You need to exercise your brain as you would any muscle in the body.

Video games definitely achieve this with lots of puzzle-solving challenges. They provide gamers with opportunities to learn about how to overcome problems!

Of course, people who enjoy problem-solving are more likely to be attracted by video games with this component. However, either way, exercising the problem-solving capacity of your brain can’t be a bad thing.

Do you like puzzles and problem-solving games? Discover more at Breakout Games.

Again, it depends on the type of video game being played. However, many video games involve a great deal of creativity!

Playing video games that require users to think outside of the box. This can add a spark of creativity to their daily lives.

Moreover, gamer kids were found to display an improved capacity to think creatively compared with non-gamers, according to studies.

8. Relax and Recover the Mind

When you get home from a hard day’s work, what do you do? You may find that playing video games to relax and recover could help!

This is especially the case among video gamers who stick to a moderate number of hours per day. For example, under one hour per day is found to improve the capacity of gamers to control their emotions and relax.

How Video Games Affect the Brain?

Many people make wild claims about how video games affect the brain. However, it’s important to take a moment to check what the science actually says.

While video games come with a bunch of positive benefits for the brain, it’s important you play in moderation. Spending too much time on your own playing video games may also lead to addiction, weight gain, and mental health problems.

Half of Earth’s Heat Is from Nuclear Fission

GizmoCrazed - July 21, 2011 0
Scientists have concluded that more than half of the Earth's heat is due to nuclear fission process and it results in the movement of...

Heart With No Beat, A New Hope Of Life

Ozone Detected In The Venus’ Atmosphere