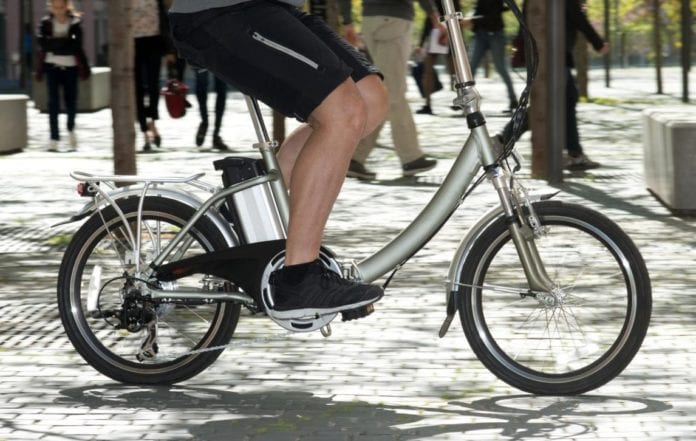 But despite this deceptively high price tag, a folding electric bike can be an excellent investment.

From improved fitness to saving space, there are seemingly endless benefits to electric cycles. And we’ve only compiled a few of them here.

Ready to find out why you should be considering investing in a folding e-bike? Check out our top 9 reasons and start for your new mode of transportation today.

As compared to traditional bikes, an e-bike will last you much longer. This may come as some surprise since many folding e-bike-skeptics believe the hinges on an e-bike actually make it weaker than traditional cycles.

But that’s simply not the case. Folding e-bikes are actually designed to put less pressure on the cycle’s hinges and joints than their non-folding counterparts. If you still don’t believe us, check out this article that busts the myth of the fragile folding e-bike plus more misconceptions.

With its powerful electric engine and sleek design, we aren’t sure why it’s a common misconception that e-bikes are slower than normal bikes. Some suggest the weight of the motor will slow you down, but the truth is that this lag is more than made up for by the engine’s power. That way, you’ll actually see the increased speed on your e-bike as compared to a non-electric one.

And this fact isn’t just true for racing along the flats. Increasing the electric motor’s speed can also assist you in hill-climbs. That makes an e-bike a perfect training bike for people wanting to get in shape or those who want to ride like a pro but need a little extra boost.

3. e-Bikes are Cheaper than Cars

This one should be a no-brainer for anyone who’s gone car shopping in the last few decades. The cost of cars is always increasing, especially now that hybrid and fully electric options are taking over the industry. A folding e-bike is a cheaper and more convenient option for commuters across the country.

Folding e-bikes can cost as little as $500 with the best models in the $1000 to $2000 range. And if you purchase used, that price tag can decrease considerably. Even the cost to charge your e-bike is astoundingly lower than the cost to power your all-gas vehicle.

According to a recent study comparing regular bikers to e-bikers, the latter actually get more exercise than traditional cyclists. The study suggests that this may be because:

5. Folding e-Bikes Have no Upkeep

Unlike a car, your e-bike will cost you nothing in upkeep. That’s good news for those of you who are tired of paying for oil changes, repairs, and inspections. And that doesn’t even mention the cost of your car payment every month.

With an e-bike, you make a one-time investment on the cost of your bike. And that’s it! e-Bikes require little to no maintenance, especially if you purchase a high-quality motor.

While e-bike purchasers used to get a tax credit for choosing a sustainable method of transportation, all cyclists both electric and traditional may soon receive incentives in the US. A new bill would allow bikers and e-bikers alike to write off up to $265 per month.

This is a huge move forward from the $20 per month of write-offs allowable under previous years’ laws. Yet the US still lags behind other countries like Holland, which is reported to offer $0.22 per kilometer traveled for cyclists and e-bikers.

7. Save Money on Parking

One of the best things about a folding e-bike is that you don’t need an entire parking space or, worse, garage in which to store it. Compared to a car, a folding e-bike can save you some serious square footage.

But even compared to a traditional non-folding cycle, a folding e-bike can fit almost anywhere. From the smallest apartments to the mini-est of cars, you won’t have to worry about lugging around a heavy, awkward bike only to struggle to fit it in your space.

8. You Don’t Need a License

Good news for e-bikers between the age of 14 and 16 is that you don’t need a license to travel on an e-bike. While every state is different, the general consensus in the US is that low-powered e-bikes are completely legal to ride without a license for people over the age of 14 except in Illinois.

But make sure to invest in a cycling helmet because some states like Connecticut require you to wear one at all times.

Probably the best point on our list is that e-bikes are far more environmentally friendly than a car. With sustainable living as a big concern on everyone’s minds these days, a foldable e-bike isn’t just a good investment for now, but for years to come.

The Final Word on the Folding Electric Bike

A folding electric bike is an absolutely essential part of any environmentally-minded person’s day-to-day life. But even those who aren’t thinking about sustainability can benefit from the cost savings of an e-bike. And that’s our final word on the folding electric bike, at least for now.

Want to stay up to date with all the latest future technology news? Check out Gizmocrazed’s Green Technology news updates to always be in the loop.