The Future of Medicine: Medical Innovations and How to Get Involved 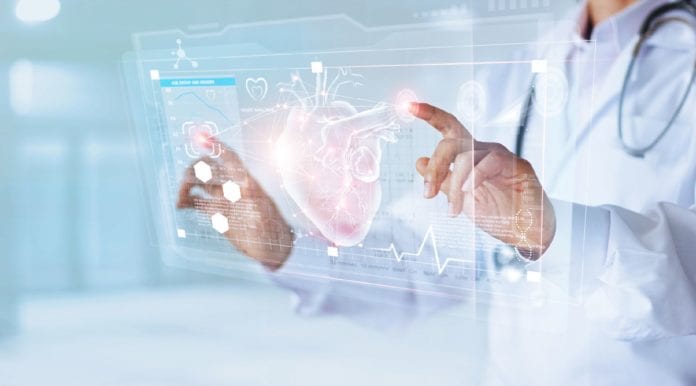 Does the future of medicine excite you? If your answer is “yes” then you’ll want to check out these innovations and how you can influence the industry.

Would you believe us if we told you some doctors can virtually live forever?

If you answered yes, that was quick thinking, as medical professionals are beginning to use AI to treat and respond to hospital patients.

That isn’t the only advancement in the world of medicine. Scientists are working around the clock to prevent unhealthy mutations in the human genome, heal patients at faster rates, and much more. There’s no question about it, the future of medicine looks promising.

If you’re interested in learning about some of the worlds recent medical advancements and some ways you can help the effort, keep reading for some answers.

CRISPR is a genome editing-tool capable of changing the way your genes act and evolve. Many modern-day fatal illnesses are genetic, and it’s hoped that CRISPR can target genetic-based diseases at their core.

Medical discoveries like CRISPR often emerge in chance cases involving single-celled organisms. Two teams of scientists, one from 1987 and another from 2002, spotted a repeating gene-editing response in bacteria immune systems. The repeated function acted in two big ways:

What Are CRISPR’s abilities?

What Can You Do to Help?

You can help push forward the medical future by staying educated on topics like CRISPR. In fact, being uneducated about advancements in gene-editing often slows the progress of wider issues surrounding diseases.

Computer science and medical jobs find overlap in modern prosthetics. That is, anyone that owns a 3-D printer can technically create a limb suitable for an amputee.

First accounts of the prosthetic limb start in the 16th century. Physician Ambroise Pare was the first to introduce several artificial body parts complete with joints. This finding doesn’t account for peg legs of course.

Now, not only can anyone build an arm in their bedroom, they can gain access to robotic limbs. Researchers at Johns Hopkins are some of the first in the U.S. to publicly test their robotic prosthetics.

These prostheses pattern to their user. In fact, many modern instances of prosthetic robotics are consciously controlled like a natural limb.

What About Supply and Demand?

It’s true many times in history medical breakthroughs were kept in low distribution to the public. In most cases, researchers will peel off small sections of their research for the public. This period can be thought of as a beta stage.

However, this medical trend is being upended by the modern availability of the right technology. If a 3-D printer can create a human replica of an arm, it’s possible to 3-D print anatomically correct parts in homemade prosthetics. Furthermore, this ability, thanks to the 3-D printer, makes it possible for anyone in demand to be supplied with the right part.

Here’s How You Can Influence Prosthetics

As with any field, first, get educated. Learn about the important changes in medical law that allow the public to test out new robotics. You can even reach out to companies that express their experiments openly.

You can also use your education to spread accurate news about modern prosthetics. Some people believe robotics solely means The Terminator, and it’s in your hands to turn the tides to the cool possibilities of medical robots.

Artificial Intelligence can lead to our planets biggest medical innovations. For example, in cancer treatment, MIT AI is capable of adapting to the way a patient responds to chemotherapy over time. This technical adaptation leads to a safer and leaner combination of drugs to keep cancer patients alive.

Modern neural networks are able to learn recursively, just like we do. However, NN’s have all the added benefit of being the child of a motherboard. That means all the speed and storage capacity of a computer – all of which outranks humans by a lot – can be put to good use.

Recent changes in pharmacology have made it possible for pills to be replaced by implants and faster dissolving solubles.  When pharmacies concern AI, it’s possible that many logistical scenarios can be replaced and better solved by AI.

Yet, many pharmacy jobs are still unreplaceable in the 21st century. This is why a major contribution to medical science is thanks to technicians and medical workers. If you have an interest in making the same kind of difference you can find pharm tech programs online with no trouble.

The Future of Medicine Is Here

Let’s review what you learned up to now.

First, you learned about the advancements in modern genetics and the path scientists are willing to travel in order to prevent future diseases.

Secondly, you discovered the availability and fun of modern prosthetics. It should be clear how a simple improvement in the manufacturing process (i.e. 3-D Printers) can be a gamechanger for the world.

Thirdly, it was explained how cancer is being treated better than ever and how you can do something to help.

In all of these cases, you have the chance to make a difference. Whether it’s through small influences or giant waves, you can use your understanding of technology and science to help the world’s efforts.

Are you able to push forward the future of medicine? You get to answer that question with your own actions and the right resources.

Don’t stop here. Use your influence to push the sciences further. Your next step begins at educating yourself then the world.

Go out and use tech to change lives!

Please don’t forget to bookmark our site to never miss any of our latest posts!