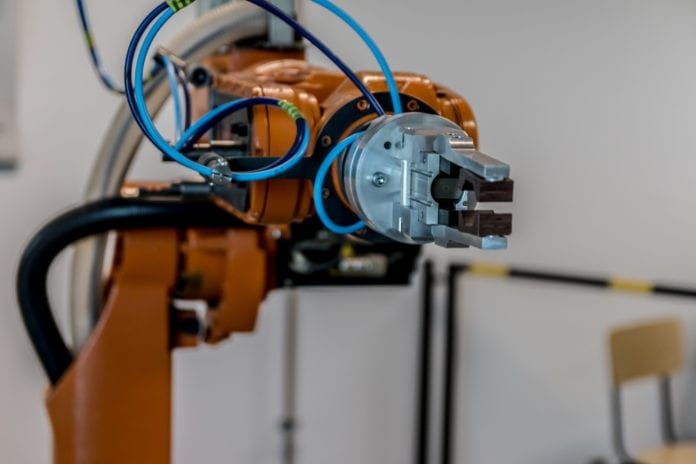 The fear of robots taking over is no longer just the plot of a sci-fi movie. It’s a legitimate fear that a good chunk of people across industries have. And considering the pace automation and robotics are advancing, it’s not all that far-fetched.

According to DataFlog, the seven main industries that are most likely to be affected by automation over the coming decades are transportation, manufacturing, customer service, shipping & receiving, agriculture, healthcare, and finance.

But that’s not to say robots will take over these industries in entirety. It’s true that automation will be replacing some of the specific tasks involved with these industries.

However, along with the streamlining of certain routine tasks comes a ton of open doors for new, more rewarding roles for humans.

Curious about automation and how it may affect current industries? Keep reading while we explore the relationship between automation and the future of jobs.

There’s no arguing that the job landscape is changing. It might not be what you want to hear, but a robot could very well be doing your job in a few years time. But the good news is, humans are good at adapting.

While it might not seem like it, especially the older generation who fears change more than anything, we have demonstrated our ability to adapt time and again over the course of history.

The truth is, robots won’t take over jobs. They’ll take over tasks. The mindless, routine tasks that make up a good portion of manufacturing and agriculture jobs will easily be replaced by automation.

And this isn’t a bad thing. In recent years, productivity growth has been extremely low across industries. And with the ever-growing population, productivity levels need to rise to meet the growing demand. Especially in agriculture.

While certain jobs will undoubtedly be performed by robots over the next few years, the good news is that more jobs will be created. It’s expected that up to 9% of jobs in 2030 will be ones that do not currently exist.

It’s estimated that approximately 375 million workers might need to change occupational categories in the next decade.

This means that people and corporations need to take the initiative to learn new skills to make themselves valuable assets in industries that are changing fast. Discover more here about how automation works.

Automation and the Future of Jobs

So, what exact tasks will be replaced by automation? The ones that are the most routine. Any predictable work can be done by a robot, even if it requires cognitive ability.

Radiology is a good example. Automation has shown its ability to interpret X-rays and provide patient diagnostics at a level that is either on par or above that of the world’s leading doctors.

However, these developments can’t completely replace the role of a radiologist. A human will still need to be there to understand the results and explain them to the patient.

Another great example are bank tellers. A big part of their job used to be dispensing cash to customers. This task was obviously diminished with the introduction of ATMs.

But the automation of that specific task did not replace the bank teller’s job. In fact, the opposite happened. Replacing that task actually made bank branches less expensive to operate, which allowed them to open more branches.

Plus, the role of the bank teller became more complex. Bank tellers now spend only a tiny portion of their time dispensing cash, and more time doing more complex and rewarding work like consulting people about loan options.

This makes them even more valuable to the companies they work for, as they are able to focus their time on increasing business instead of performing routine tasks that are more efficiently handled by machines.

The way humans approach education will need to change drastically to keep up with the shift in the job outlook landscape. The AI industry is rapidly developing, and if we don’t keep learning alongside it, our fears will become reality.

To keep up with automation, people need to take the initiative to learn new skills. Corporations need to increase their budgets for ongoing training to make sure their workers are well equipped to continue to perform under the changing parameters.

Up until recently, the norm has been to go to high school and then go off to university and complete our education by the age of 30 at the latest. This is expected to change drastically.

Unfortunately, the public education system has not yet adapted to the changing landscape. A shift is required in the school system to equip students with more relevant skills from a younger age.

Machines can be programmed to perform tasks requiring high intellectual intelligence (IQ). Computers can access and interpret unlimited amounts of information in a second.

So it’s no surprise that machines are able to perform jobs that require a high IQ. But humans have a huge advantage when it comes to emotional intelligence (EQ).

While there have certainly been some developments in teaching machines natural language processing and recognition of human emotions, humans will always have the upper hand when it comes to EQ.

So jobs in therapy, teaching, litigation, care provision, and healthcare are unlikely to be completely automated due to the need for the human capacity to care.

Most technology jobs are also safe. Without humans to program and set parameters for machines, automation and robotics wouldn’t exist.

This is why the school system should be teaching skills like data analytics, coding, negotiation, and emotional intelligence instead of teaching a curriculum solely focused on IQ.

Change is scary. But automation is not a negative thing. If robotics can help us increase productivity levels while giving humans more purpose, what’s the downside?

As long as humans continue to adapt the way we’ve always done, there is no reason to fear the robots. Automation and the future of jobs don’t have to be enemies.

Instead of working for the weekend performing routine, boring tasks, automation is opening doors for new, challenging, and more rewarding work for humans. Keep an eye on this space for more news about technology and automation.