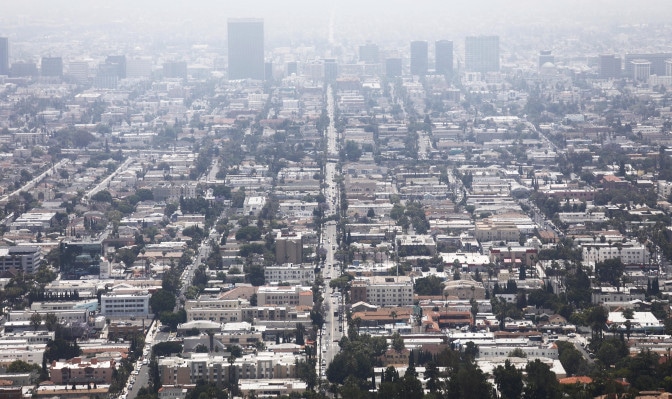 When Landon Brand and Benjamin Stanfield graduated from the University of Southern California this year, they already had the plans for Project Wren, their service for selling carbon offsets to a new generation of conscious consumers.

Along with fellow co-founder Mimi Tran Zambetti (who’s still attending USC), Brand and Stanfield aim to make carbon offsets more accessible to people who may feel like there’s nothing they can do on a personal level to reduce their carbon footprint or support projects that reduce carbon emissions.

It’s not a novel concept. In 2004, TerraPass launched its service to provide carbon offsets for consumers. The company was acquired in 2014 and now operates as a subsidiary of the publicly traded Canadian retail energy company, Just Energy.

Since TerraPass, other organizations have come in with services to offset consumer and corporate carbon emissions. The Swiss nonprofit MyClimate is another organization working on offsets for corporations and individuals (as is the German nonprofit, Atmosfair) and the North American public benefit corporation, NativeEnergy also has both a retail and corporate offset program.

Project Wren sources its offset investments from Project Drawdown and is trying to choose the projects that the company’s founders consider “most additional,” according to Brand.

Brand, Stanfield and Tran Zambetti met at USC while pursuing a bachelor of science degree in USC’s new Jimmy Iovine and Andre Young Academy. Iovine and Young are the co-founders of Beats, which sold to Apple for roughly $3 billion, but perhaps are more famous for their work in the music business as the co-founders of Interscope Records (Young is the rapper and producer known as Dr. Dre).

From the outset the three students worked together on side projects and in student organizations, and decided last year to launch a sustainable business that could impact consumers in a positive way. The first idea, and the one that was initially incorporated as Project Wren, was to develop an algorithmically enhanced software service to promote diversity and inclusion in companies.

“The idea was promising, but it’s a hard product to sell. Companies aren’t used to leveraging software to help build their culture,” Brand wrote in an email. “Trying to get people to use the product made us realize how difficult it is to build something that’s useful and good for the world. If we were going to build a company around doing good, it would take a decade or more.”

The group convened earlier this year and decided, after spending a year working on their idea, that the more than 10 years it would take to build a successful business was too long for them to see the impact they wanted to make in the world. “We felt like the mission of making companies a better place to work was important, but not urgent,” Brand wrote to me in an email. “Climate change is urgent. It’s the biggest challenge humanity has ever faced. That’s why we decided to pivot.”

The group then decided that they would pool their resources on another project — a vegan cloud kitchen that could potentially become a franchise or chain.

“Meat production is responsible for as much as 20% of greenhouse gas emissions,” Brand wrote. “If we could make eating vegan food easier than eating meat, we would have a huge impact.”

The group ran a cloud kitchen out of Brand’s apartment for two weeks before deciding that, too, ultimately was a wash for the three young co-founders.

Customers who buy offsets using Wren will support projects that the company has selected for their additionality (meaning the projects would not have been done without the support of organizations like Wren). Once the offsets are purchased, Project Wren retires them from circulation so they can’t be traded on any exchange after their creation.

The company makes money by taking a 20% commission above the price of the project for operating expenses and marketing, says Brand.

What Brand sees as the young company’s competitive advantage is its ability to communicate more directly with a new audience of offset acquirers — engaging them more in the process by providing updates on the project.

“Photos, and stories too, from people on the ground will add a more human, real, touch,” to the projects and their reporting back to carbon offset buyers, according to Brand. “We just talk to a bunch of potential partners and see which partners would be able to give unique compelling updates to our users.”