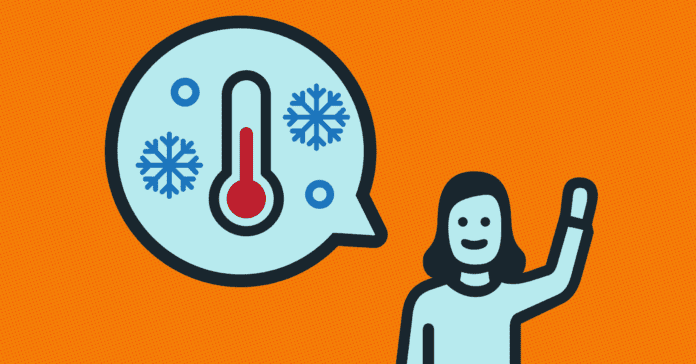 Q: What is the best cooler, from a physics perspective?

A: First, a reminder from high school physics: Heat, on an atomic level, is the motion of molecules. The quicker they move, the hotter the solid/liquid/gas is. In a hot gas, this means molecules whizzing around, bouncing off the walls. In a hot solid, molecules vibrate where they sit, passing their vibrations to any slower-vibrating neighbors through the springy molecular bonds holding the solid together.

So what’s the best cooler? Think about it from a thermodynamics perspective.

One with thick, closed-cell foam insulation

Generally all commercial coolers use the same method of insulation: foam between the inner and outer walls. Foam is a good insulator for two reasons. First, it is filled with gas bubbles; gases conduct heat less effectively than either liquids or solids, and trapping the gas in small bubbles prevents the gas from effectively transferring heat via convection. Second, the polymer molecules that make up the walls of the bubbles are bonded fairly loosely; this limits the rate at which heat can be transferred from one molecule to another. (Molecules in high heat-conducting materials like metal contain free-flowing electrons, which transfer heat more readily than their less mobile counterparts.)

But not all foams are created equal! You’ve got your closed-cell foam and your and open-cell foam. Closed-cell foam is dense and rigid, and most of the gas bubbles do not touch each other. Open-cell foam is more flexible and lighter-weight, but because most of the gas bubbles are in contact with each other, it’s easier for heat to travel through it and is therefore less insulating. The two types of foam also hold different types of gas: Open-cell bubbles are often filled with water vapor, while closed-cell foams are filled with a variety of other chemicals with better insulating properties, such as pentane. (For decades, most insulating closed-cell foams were filled with CFCs; those were phased out after their impact on the ozone layer was discovered. Most current foam gases aren’t quite as good for protecting cold meats, but are significantly better for protecting the atmosphere!)

Open-cell is the type of foam that is used in soft-sided lunch totes and the like, while hard-sided coolers generally contain closed-cell foam in their walls. Because of their difference in insulating power, you are nearly universally better off with a hard-sided cooler than a soft-sided one, as long as portability is not a limiting factor.

Lastly, and most intuitively, the effectiveness of your cooler will depend on the thickness of the foam used to insulate it. Some cheaper coolers do not have insulation in their lids, or then have thinner insulation at the bottom of the cooler; both of these factors will reduce your cooler’s effectiveness. In addition, if the lid of your cooler features cup holders, consider putting a plug made of insulating material like styrofoam at the bottom of them. (Or, if you don’t use them, consider filling them up with spray foam or memory foam!)

One that stays full and unopened

Compared with solids and liquids, air is a poor conductor of heat. But don’t underestimate it! Every time the contents of your cooler come into contact with the warmer air outside, those faster-moving molecules get in there and poke your cold molecules in the ribs, making them move faster—and making your beer a little warmer. For this reason, it’s best that your cooler isn’t opened often. Consider having separate coolers for food and for drinks.

In addition, a good cooler will be airtight. Check the seal around the lid of your cooler, and make sure it lets in as little air as possible. Some coolers, such as YETI and Orca, are molded out of one piece of plastic with no seams in a process called roto-molding. It’s incredibly effective at keeping air out, but it can also be incredibly expensive.

One with a proper amount (and shape) of ice

The generally accepted ratio of ice to contents is about 2:1. (The ideal ratio has so many factors, including the specific heat of your contents, that it’s not something worth calculating before each camping trip.) The melting rate of ice is directly related to its surface area: A block of ice melts much slower than an equivalent amount of ice in small cubes. Consider buying block ice, or freezing water in a plastic gallon jug to make your own “block.”

As the ice melts, the water level in your cooler will increase. Don’t drain it! It’s still insulating your cooler’s contents. (Water may conduct heat better than air, but as long as the water is colder than the air, it’s the better choice to keep your beer in.)

Fast-moving molecules are the enemy of cold things, and keeping these molecules at bay is the valiant ambition of all coolers—the best ones take full advantage of the laws of physics to maximize their power.

Meredith Fore likes her hard cider ice-cold, and writes for WIRED about physics as an AAAS Mass Media Fellow.