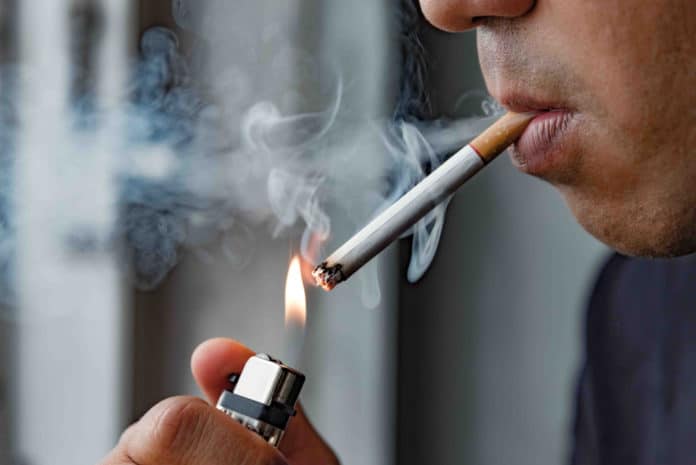 A recent paper published in the Journal of Research In Personality reports that, compared to people who didn’t smoke, cigarette smokers were more likely to report not-so-great changes in certain aspects of their personalities. What’s more, giving up smoking didn’t help reverse those changes.

Smoking: Through the Years

The paper outlines a series of five different long-term studies — four in the U.S. and one in Japan — that collectively surveyed about 15,500 people. Experts at a handful of different universities started the projects to track a whole host of things over time, like physical and mental health, relationships, behavior, etc. But for the purposes of this paper, the authors were only interested in the link between personality and smoking.

In each of the different studies, participants, who ranged in age from 20 to 92 years old, filled out a questionnaire that asked them about their smoking habits. The surveys included questions meant to assess where the participants fell on a spectrum of five personality traits, often called the Big Five: openness, extraversion, agreeableness, conscientiousness and neuroticism. Then, anywhere from four to 18 years later (depending on the studies), the same participants filled out the same survey again. Researchers flagged those who had quit smoking since their first survey and put them into their own “smoking cessation” group.

The results showed that, overall, people who smoked were more likely to report becoming less extraverted, open, agreeable and conscientious over the years, while also becoming more neurotic. (Though the changes in neuroticism and extraversion were the most pronounced.)

And those folks in the smoking cessation group? Giving up their nicotine vice didn’t seem to have helped their personalities in any way. In fact, their scores on agreeableness actually tended to drop. The authors speculate that may be because when the quitters gave up smoking, they also gave up their smoke breaks — which often double as chances to socialize.

Health problems, too, could be at least partially to blame. For instance, according to a 2016 study, people who quit smoking often gain weight, which can put them at a higher risk of developing type 2 diabetes. Such health issues can take their toll and gradually alter someone’s personality.

As for why this association between smoking and personality changes exists, the authors suggest a number of potential answers. It could be that people who smoke are also more likely to experience depression and a decline in physical health over time, which, in turn, can lead to traits similar to the ones highlighted in this study. It could also be because smokers have a track record of not sleeping all that well, either. Not catching enough quality z’s is linked with these same personality changes. It could even come down to genes. Another 2016 study found a genetic link between neuroticism and smoking.

The keyword here is “could.” Though it looked at an impressive amount of people over time, this was just an observational study. It didn’t actually manipulate any variables or control who was in which group. To try and suss out if smoking truly does cause any personality changes, scientists would need to run an actual experiment. And to do that, you’d need to make some people take up smoking — not terribly ethical considering how unhealthy that would be.

Until researchers finally figure out this relationship, maybe just keep those 90s PSAs in mind: Don’t smoke, it’ll drag you down.