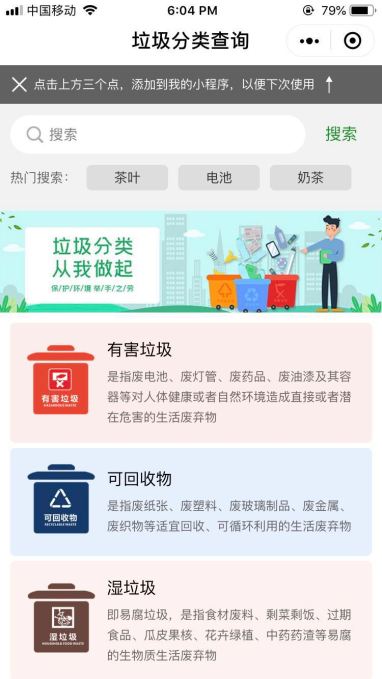 China’s war on garbage is as digitally savvy as the country itself. Think QR codes attached to trash bags that allow a municipal government to trace exactly where its trash comes from.

On July 1, the world’s most populated city (Shanghai) began a compulsory garbage-sorting program. Under the new regulations (in Chinese), households and companies must classify their wastes into four categories and dump them in designated places at certain times. Noncompliance can lead to fines. Companies and properties that don’t comply risk having their credit rating lowered.

The strict regime became the talk of the city’s more than 24 million residents, who criticized the program’s inflexibility and confusing waste categorization. Gratefully, China’s tech startups are here to help.

For instance, China’s biggest internet companies responded with new search features that help people identify which wastes are “wet” (compostable), “dry,, “toxic,” or “recyclable.” Not even the most environmentally conscious person can get all the answers right. Like, which bin does the newspaper you just used to pick up dog poop belong to? Simply pull up a mini app on WeChat, Baidu or Alipay and enter the keyword. The tech firms will give you the answer and why.

Alipay, Alibaba’s electronics payment affiliate, claims its garbage-sorting mini app added one million users in just three days. The lite app, which is available without download inside the e-wallet with one billion users, has so far indexed more than 4,000 types of rubbish. Its database is still growing, and soon it will save people from typing by using image recognition to classify trash when they snap a photo of it. Alibaba’s answer to Alexa Tmall Genie can already answer (in Chinese) the question “what kind of trash is a wet wipe?” and more.

If people are too busy or lazy to hit the collection schedule, well, startups are offering valet trash service at the doorstep. A third-party developer helped Alipay build a recycling mini app (“垃圾分类回收平台”) and is now collecting garbage from 8,000 apartment complexes across 11 cities. To date, two million people have sold recyclable material through its platform.

Ele.me, Alibaba’s food delivery arm, added trash pickup to its list of valet services its fleets offer on top of “apologize to the girlfriend” and dog walking.

Besides helping households, companies are also building software to make property managers’ lives easier. Some residential complexes in Shanghai began using QR codes to trace the origin of garbage, state-owned media outlet Xinhua reported. Each household is asked to attach a unique QR code to their trash bags, which will be scanned for sources and classification when they arrive at the waste management station. 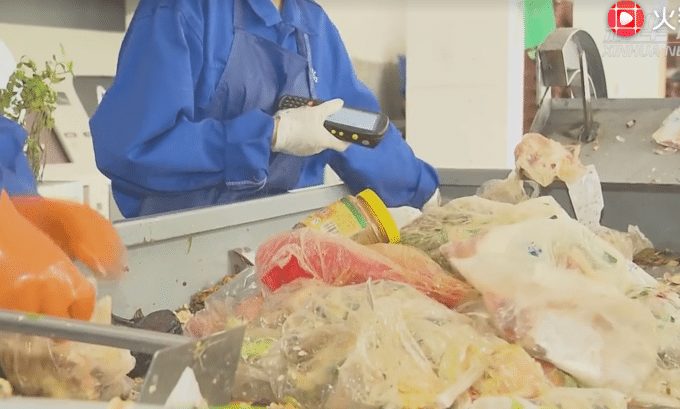 This way, regulators in the region know exactly which family has produced the trash — although the city’s current garbage regulations do not require real-name tracking — and those who correctly categorized receive a small reward of 0.1 yuan, or 1.45 cents, per day, according to another report (in Chinese) from Xinhua.

GizmoCrazed - August 16, 2015 0
The healthcare crisis presents challenges for all and sundry. This is mainly attributable to the fact that over 11 billion dollars are annually squandered...

While you weren't looking, Facebook hit Snap where it hurts most

Research Funding: It's a Group Effort