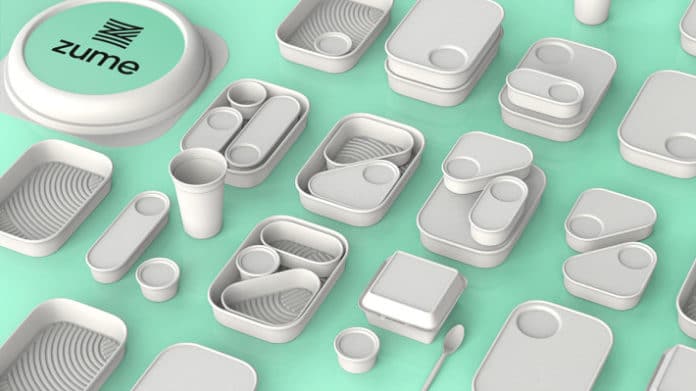 Zume Inc. (they of the robotic pizza) has acquired Southern California-based Pivot, designer of plant-based packaging material. Along with the deal, Zume will be opening a 70,000-square-foot manufacturing plant in the area.

Zume notes that it has actually been in the food packaging industry in one form or other since 2016, when it introduced a compostable pizza box made from the fibers of discarded sugar cane. This acquisition finds the company expanding its offering into additional containers, including bowls, plates cups, trays and cutlery.

The startup has set the lofty goal of replacing one billion plastic and styrofoam containers by next year. It’s an admirable target — food packing waste is undeniably out of control, and is likely to only get worse before it gets better.

“Food delivery is upending the food system as we know it, and we believe that the powerful consumer demand signals it generates can be a force creating a more sustainable world,” Zume CEO Alex Garden said in a release tied to the news. Food packaging is a huge part of this equation because it not only provides critical consumption data but it also provides useful information from the farm where its materials are sourced to the final disposal.”

The new manufacturing plant is the first of several in the U.S. in the works from the company.

The Physics of Why Bigger Drones Can Fly Longer

NASA engineers stare at the sun to see shockwaves from supersonic...

Watch a Truck Jump Over a Lotus F1 Car, Just For...