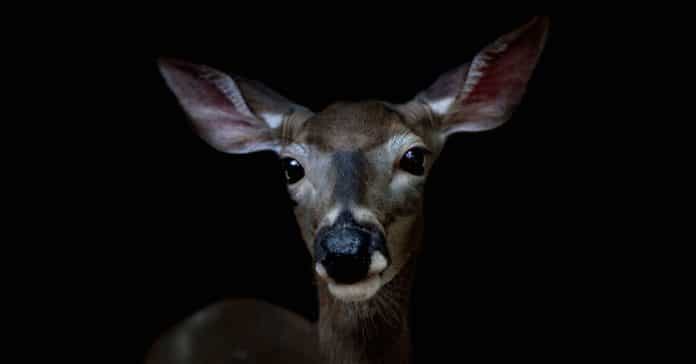 Yunzhi Peter Yang was supposed to be on vacation. It was 2009, and the Stanford bioengineer was celebrating his and his wife’s wedding anniversary with a trip to Alaska’s Denali National Park. But when he heard a park guide say that the deer they were looking at sheds its antlers every year, only to grow them back at a rate of nearly an inch a day, his mind teleported back to his Palo Alto lab. In particular, he had been working on ways to regenerate bone tissues for people who’d been in bad accidents or had them degraded by disease. What if he could make artificial bone grafts that grow as fast as these deer antlers?

Thus began Yang’s 10-year diversion into the world of ruminant biology. He traveled to a deer farm in California to collect antler tissue samples to study how these complex structures of bone, living cells, and nerve endings can grow upwards of 50 inches in a single season. Eventually he and his colleagues tracked down a few genes responsible for this remarkable feat of regeneration. But it was tough and time-consuming work; at the time, no one had ever sequenced a deer genome. An international team of researchers had just decoded the first bovine genome, and it would be years before scientists in China unraveled the DNA of goats and sheep. In the days of still-expensive sequencing, more exotic ruminants weren’t exactly a high priority.

But this week, the multi-stomached, headgear-bearing mammals are finally getting their due. On Thursday, a Chinese-led consortium of scientists reported their efforts to map out the genomes of 44 ruminant species, from the gazelles and buffaloes of the Serengeti to tiny vampiric muntjacs dwelling in Asia’s jungles to the thick-coated reindeer that trudge across Arctic snow-covered plains. All 44 (plus a few more) are available to peruse and download here, if you’re interested. Along with two other papers that appear in the latest issue of Science, it represents the first results of the Ruminant Genome Project—a more than 40 trillion base-pair dataset that showcases China’s growing role as a global leader in genomics research.

The major scientific milestone is a boon both to evolutionary biologists seeking to better understand how ruminants so successfully colonized six continents with wildly different environments and for livestock breeders hoping to introduce such adaptive advantages into domesticated herds. The genetic resource may also prove valuable to biomedical researchers like Yang, providing clues that could one day help humans heal faster, hold off cancer, and even live healthier lives in space.

“The significance will be huge,” says Yang, who was not directly involved in the RGP, but reviewed one of the group’s papers and penned an accompanying perspective article. “It’s not just solving the unsolved problem of how these species evolved and fit together on a family tree, but it also generates a lot of potential for future impact. Remember that a lot of genes that exist in cows and goats and deer and sheep also exist in humans.”

While Yang is focused on figuring out why antlers grow so fast, to perhaps help people who suffer from diseases of bone loss such as osteoporosis, other researchers are likely to be more interested in how such rapid growth doesn’t run away to become malignant tumors. Ruminants are about five times less likely to get cancer than other mammals, according to records kept by the Philadelphia and San Diego zoos. This led researchers in the RGP to hypothesize that whatever genetic adaptations ruminants evolved to keep their antler regeneration in check also provides a protective effect against developing cancer.

By combining DNA sequence data with gene expression profiles from deer, goats, and sheep, the consortium scientists identified a handful of genes that work together to keep such species cancer-free, even as they grow pounds of new tissue on their heads each year. More work will need to be done to understand exactly how they all function. But one version of a tumor suppressor gene found in deer is already promising enough that five of the scientists who helped identify it have already applied for a Chinese patent on its use as a cancer treatment.

These scientists include Wen Wang, a geneticist at Northwestern Polytechnical University in Xi’an, China. Wang was one of the pioneers of the first efforts to sequence goats and sheep a decade ago, when he approached BGI-Shenzhen, the largest sequencing facility in the world, about assembling a consortium to tackle ruminants. At the time, resources and technology limited them to finishing only the species important to agriculture. But Wang always hoped to expand.

In late 2015, he finally got the opportunity when NPU provided him with funding to initiate the project, and a supercomputer to help out with the intense process of assembling trillions of strings of genetic code. He teamed up with one of the world experts in ruminants, Rasmus Heller at the University of Copenhagen, and by early 2016 they were up and running. Wang recruited former PhD students who’d helped on the goat and sheep genomes and who were now running their own labs, and by the end more than 20 institutions, mostly in China, contributed to the project.

One of the biggest challenges was getting enough genetic material from all the species they wanted to include in the study. Heller’s connections in Denmark gave the group access to a huge tissue collection, including from dozens of wild bovids, but Heller says some of them proved impossible to extract enough DNA to sequence. So they partnered with a more planet-scale sequencing effort called the Earth BioGenome Project to get some additional species. For others, they sent researchers to reindeer farms in Mongolia, asked zoos for skin samples of rare striped antelopes, and petitioned conservation foundations for small bits of a critically threatened gazelle. They didn’t get every species they set out to catalogue—the muskox and a small semi-aquatic antelope called a lechwe proved too difficult. But, Heller says, the dataset is already in high demand, helping to launch new projects in population ecology and conservation. “I hope this will spark a golden age in genomic research on these species.”

For some species, like the polar-dwelling reindeer, those sparks have already begun to fly. In one of the Science papers published today, Heller and Wang and their colleagues revealed how reindeer cope with such low levels of light for large parts of the year. In addition to evolving supercharged Vitamin D-metabolizing genes to help them capture more calcium, they also acquired many unique mutations to the genes that control their circadian clocks. Learning more about these adaptations could help scientists better understand and possibly treat seasonal affective disorders, or even design drugs to help astronauts headed to Mars adjust their circadian rhythms to a longer night.

Harris Lewin is an evolutionary geneticist at the University of California Davis coordinating the Earth BioGenome Project, which aims to collect sequences from all complex organisms living on the Pale Blue Dot. Part of the work at that US-based project involves patching in dozens of smaller, more focused sequencing efforts from around the globe. The trend he’s seeing is that most of the money and leadership on these sequencing projects (not to mention the discoveries they yield) are now coming out of China and Europe. “Everybody else is cutting their teeth on these efforts to produce high quality sequences and we’re starting to fall behind,” says Lewin. “The Ruminant Genome Project is a really good example of the Chinese, who have always been good collaborators, now taking the lead.”