Uber’s best hope to beat all its ride sharing and food delivery competitors is that it does both. Through cross-promotion, it can combine activities people might only do a few times per week or month into a product they open daily.

Uber CEO Dara Khosrowshahi said cryptically on the company’s first earnings call last month that “Suffice it to say we are starting to experiment in ways in which we can upsell our ride customers to Eats deals in a way that — you know, to be plain spoken — isn’t annoying . . . I will tell you that we are very, very early in the stages of exploring the many, many ways in which our Ride business can help continue to build our Eats business and vice versa by the way . . . I don’t want to give away too much.” 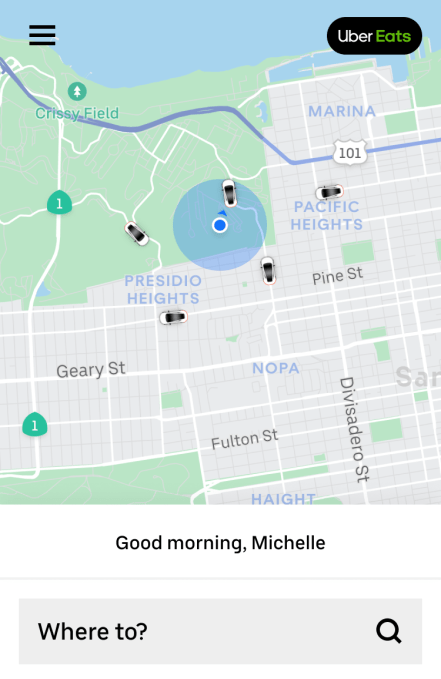 But TechCrunch has discovered that specifically, Uber is starting to make a web view of Uber Eats accessible from its main app. A tipster in Boston first clued us in to the feature and now Uber confirms that it’s merging a fully functional web version of Uber Eats into its ride-hailing product. Uber quietly began rolling out a pilot of the merged app in late April. Uber Eats app will remain available as a standalone app.

The move could give Uber a customer acquisition and retention edge on single-product competitors like Lyft or DoorDash, while helping it keep up with multi-product peers like Careem and Bolt (which recently added food delivery), and its biggest global foe Didi from China which just launched food delivery in Uber stronghold Mexico. Combining functionality means Uber’s ride hailing customers could see a promotion for Eats and instantly try it without downloading a new app as their tummy rumbles. It could also get the 50% of Eats customers who don’t ride in Ubers to try it for transportation.

“We’re rolling out a new way to order Eats directly in the Uber app on Android (we’ve already been experimenting on iOS)” an Uber spokesperson tells me. “This cross-promotion gives riders who are new to Eats a seamless way to order a meal via a webview instead of opening up the App Store for download.”

The merged app is now available to all iOS users in cities where Uber doesn’t offer bikes and scooters that already clutter the interface of its car service app such as SF, LA, and NYC. The Android version is out to 17% of riders in Uber Eats’ 500 other markets with the goal of the cross-promotional tool being available to all riders outside of micromobility cities soon.

“We believe our platform model allows us to acquire, engage and retain customers with the cost, as well as efficiency and effectiveness advantage over our rivals, typically monoline competitors” Khosrowshahi said on the earnings call. “What we found is that with Rides and Eats . . . we are seeing early signal where essentially you can have very little if any cannibalization of a Ride and throw a significant amount of potential demand onto the Eats side.” 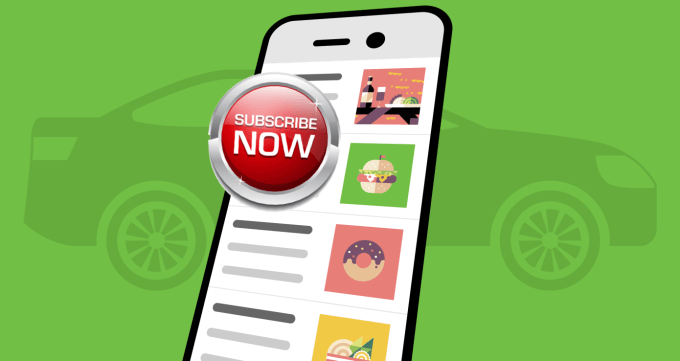 The CEO also mentioned Uber’s loyalty and subscription programs are vital to cross-promotion. Its Uber Rewards that rolled out in January earns users points for both rides and food orders, and higher reward tiers score users free Eats deliveries that could get them hooked on the convenience. And last month, TechCrunch broke the news of Uber prototyping a $9.99 Uber Eats Pass subscription that offers unlimited free Eats deliveries.

“Really what we are looking to do is significantly increase the percentage of our MAPCs [monthly active platform consumers] that use both products [ride-hailing and Eats] and when we see customers using more than one product, their engagement with the platform more than doubles” Khosrowshahi concluded on the call. “So not only does engagement with Uber increase, but the engagement with our individual products increases as well, so it’s kind of a win, win, win.”

Uber’s market is all about lifetime value. If it can lock users in now, it could earn a fortune off them in the decades to come. That’s why it’s spending so much on marketing and expansion now even if it means racking up earnings losses. But its best (and cheapest) marketing channel is likely cross-promotion through the apps it’s already gotten people to install.