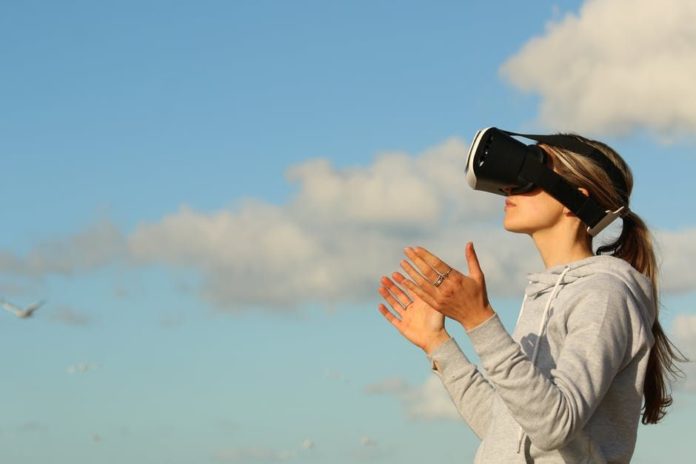 Virtual reality games have made some incredible advancements in the last few years.

It seems like every day there’s a new game to try!

Stay in the loop with these top five best virtual reality games of 2019.

It’s not even out yet and already getting a lot of buzz. This game is scheduled to come out in 2019, and is a VR Adventure in Experimental Physics.

You can use weapons, tools, physics, and objects to fight through mysterious architecture to dangerous playscapes.

This game works with HTC or Oculus Rift headsets.

It was released in September of 2017, yet this VR game is an unexpected throwback to those classic 1980s duck shooting games.

The game starts with you playing a child that just got this video game from his mom. You load the tape in and cross the fourth wall into the game. The game is a wave game that has a horror twist.

You have a virtual canine companion who gets less virtual as the game goes on. The mechanic gameplay is phenomenal, as seen when you load your own shotgun. You won’t get over how believable and sturdy the gun mechanics are.

This game was released in April of 2016 and works with Oculus Rift and HTC Vive headsets.

Hover Junkers is basically a scavenger in a world that’s dead. You get to fire big old guns at your enemy in 360 degrees, thanks to the VR space.

The game is also super affordable at just $25 — and so worth it, as it really feels like you are in the game, which is room-scale VR. This game is also multiplayer, so you can play with your own squad.

Here you’ll fight demons with a sword as you play the Grand Master of the Knights Templar.

As you explore the realm, you can loot, cook, fight, shoot, throw, and catch your way through this breathtaking virtual world. The graphics and cinematics of this game are incredibly realistic.

5. One Of The Best Virtual Reality Games: Beat Saber

Beat Saber, released in May of 2018, works with Oculus Rift, HTC Vive, and Windows Mixed Reality headsets. You couldn’t play this game without virtual reality.

As you play, you’ll see how it’s completely unexpected. It doesn’t fit into any traditional video game category. Think of it like having a lightsaber fight while playing Guitar Hero.

This game is also incredibly popular, selling a hundred thousand copies in the first month of its release in the Oculus store. Anyone can play this game — just check the ADA website lawsuit.

This game is incredibly social and fun, as it was made to break out at parties.

Get Your VR on Today

Now that you know the best virtual reality games, isn’t it time you invest in one?

Play these games by yourself or with friends and escape like never before.

Hassan Aftab - January 8, 2016 0
This year has been marked by some really interesting hacks all around. Whether it is the private email of CIA’s director John Brennan or hacks...

Washington Students to Speak with NASA Astronaut on Space Station