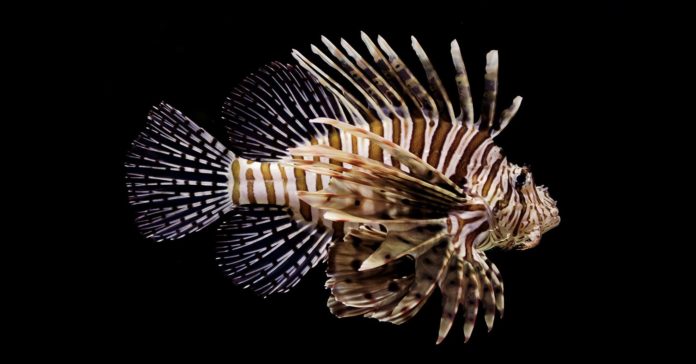 This story begins thousands of feet up in the air with migratory birds, and ends with a robotic fish swimming through the water below. To prepare for their journeys, birds fatten up big time, perhaps doubling their weight, essentially turning themselves into feathered batteries. Over many days and many miles, they burn that energy reserve to power their wings and keep themselves from starving and freezing. Eventually they reach their destinations emaciated.

A fine idea—thought engineers from Cornell and the University of Pennsylvania—for a new energetic system for machines. It got them thinking: fat is a cool battery, but not necessarily feasible to replicate in a robot. But blood? In a human, blood distributes oxygen and energy for cells throughout the body. And fluid, in the form of hydraulics, already powers some robots. So why not modify that fluid to carry energy, as our blood powers our own muscles?

What they’ve landed on is not a robot bird (way too complicated and energy-intensive) but a robot lionfish that uses a rudimentary vasculature and “blood” to both energize itself and hydraulically power its fins. This technology is still in its very early days—and indeed this fish is exceedingly slow—but perhaps some machines of tomorrow could ditch clunky batteries and wires and power themselves like biological organisms. Think machines made more like Cylons than toasters.

The robots of today are stubbornly segmented. They’ve got a lithium ion battery, which distributes energy by way of wires to motors in the limbs, known as actuators. This new robotic lionfish does indeed have batteries, but they are sprinkled throughout its body and operate in conjunction with two pumps—one for powering the pectoral fins and the other for the tail. Together, the batteries and pumps act more like biological hearts than a lithium ion in a traditional robot.

The first component is the “blood,” essentially a charged hydraulic fluid with dissolved ions, which gives it a chemical potential for powering electronics. “Hydraulic fluid transmits force, and only force,” says Cornell roboticist Robert Shepherd, coauthor on a new paper in Nature describing the system. “In our fluid, we’re transmitting force and we’re transmitting electrical power.”

This charged fluid flows through battery cells in the fish’s abdomen and fins. Each cell has two opposing pieces of metal: a cathode and an anode. As the fluid flows past these, it creates a charge imbalance, or a voltage that causes electrons to flow through the electronics that power the two pumps. These in turn keep the fluid pumping. Eventually the battery cells will die, as the fluid loses ions, and the fluid will stop circulating. At that point you can recharge the fluid to keep the fish going. “You could actually drain the fluid and inject more charged fluid,” says Shepherd, “sort of like filling your gas tank at the gas station.”

Thus the fluid energizes the fish. But it also acts as a traditional hydraulic fluid, in that it transmits force in the tail and pectoral fins. When the pumps push the fluid to the fins, they bend back and forth to propel the robot. The pectoral fins work in the same way to steer the fish left and right.

This doesn’t move the robot particularly quickly, mind you: The fish can cover about one and a half body lengths per minute. “It would definitely get eaten if it were in the ocean,” says Shepherd.

But the robot’s speed will only improve, since Shepherd and his team can increase the surface area of the anodes and cathodes to improve power density. Unlike with a traditional hard-bodied robot, they can cram these battery cells wherever they like and let the robot’s soft form factor conform to the extra components. Thus you build out an extended robotic circulatory system—pumps and batteries shuttling fluid around the robot.

This system comes with some significant limitations, especially considering the advanced state of lithium ion technology. “The power density is about 30 to 150 times less in what they’re showing compared to what a lithium ion battery can do,” says MIT CSAIL roboticist Robert Katzschmann, whose own robot fish uses a traditional lithium ion. That means Katzschmann’s robot can move 20 times faster than this new fish.

Plus, the distributed nature of this new fish’s energy system means you can’t easily swap out a battery on the fly. “Every time I’d go in the ocean, I would just replace the battery with a fresh one, so I don’t have to wait to recharge my prototype,” says Katzschmann.

Still, there might be a place for this new vision of robotics, alongside traditional lithium ion systems. There are plenty of fish in the sea, after all.