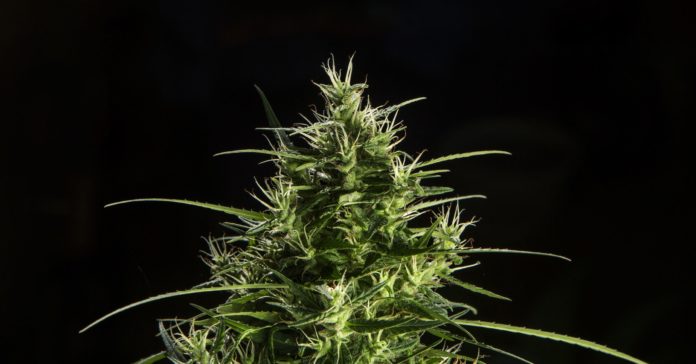 When folks these days get high they watch TV or play videogames or paint or hike. Or if you’re a New York Times columnist, you eat too many edibles and descend into a Hunter S. Thompson-esque fit of paranoia in a hotel room.

Alternately, if you lived 2,500 years ago in what is now western China, you smoked the good stuff at funerals while playing ritualistic music and also maybe doing some human sacrifice.

So says a fascinating new study in the journal Science Advances. Researchers analyzed ancient incense burners (known as braziers) from burial grounds at the so-called Jirzankal Cemetery, nearly 10,000 feet up in the mountains of Central Asia, and found residue that tested positive for cannabis. Not only that, it’s cannabis high in THC content—at least by ancient standards—suggesting that these peoples were seeking out the most powerful plants for funerary rituals, perhaps aided by the fact that cannabis growing at high elevations tends to express more THC. It’s a glimpse both into how cannabis use spread around the ancient world, and how we humans have long exploited the plant’s malleability for our own purposes, be they for enjoying videogames or ushering compatriots into the afterlife.

The cannabis we grow today is wildly different from what our ancestors got their hands on. Just over the last few decades, growers—particularly in Northern California’s legendary weed country—have bred strains to produce ever more flower with ever higher THC content. We’re talking compositions of up to 30 percent THC, whereas in the ’60s the hippies could puff all day on 5 percent flower, which is more in line with the cannabis you’d find growing in the wild, and what these ancient peoples may have been using.

This study, however, couldn’t pinpoint what percent THC the residue contains, because technically it doesn’t contain any. Instead, the researchers tested for a sort of signal for THC called cannabinol, or CBN. “THC will turn into CBN via an oxidative degradation pathway,” says Jeff Raber, CEO of the cannabis lab the Werc Shop, who wasn’t involved in the work. “That’s a fancy way of saying, in the presence of air and/or heat, it will go from THC to CBN.”

Where these ancient peoples got their product, though, isn’t clear. But one candidate might be the kafiristanica varieties, which today grow in the mountainous regions of Afghanistan. “In its wild state, it does have higher chemical production levels,” says study coauthor Robert Spengler, director of the Paleoethnobotany Laboratories at the Max Planck Institute for the Science of Human History. “So it’s very possible this plant was existing farther north in the past, and that humans were targeting it.”

The researchers can’t be sure whether these peoples were actively domesticating and cultivating their cannabis, selecting for more intoxicating plants, or whether they were finding populations in the wild to exploit. “The findings suggest that humans may have harvested or traded for atypically psychoactive wild cannabis plants in order to achieve altered states of consciousness,” says Ryan Stoa, who studies the history of cannabis, but who wasn’t involved in the study. “Alternatively, humans may have obtained psychoactive cannabis by breeding and cultivating the plants themselves, which would represent one of the oldest examples of psychoactive cannabis cultivation.”

One of the wooden braziers found to have traces of cannabis. These rocks would have been heated to produce smoke.

Even if these peoples weren’t breeding their own plants for higher THC content, they would have been coming across some pretty darn intoxicating cannabis, at least by wild standards, because of a delightful quirk of biology. Cannabis is a highly plastic plant, meaning you can take two genetically identical individuals and grow them in two different conditions, and you’ll get two different chemical compositions. Things like sunlight exposure and soil quality and water all may influence how much THC—and any number of other cannabinoids like CBD—the plant expresses.

Critically, at these higher altitudes, cannabis would be exposed to more UV radiation than at lower altitudes. “The plant is known to make THC as a UV protectant,” says Raber. A plant, you see, is not as defenseless as it might seem. “It’s sitting there trying to figure out what molecules to generate to ward off pests or protect itself from its own environment.”

So here in the mountains of Central Asia, ancient peoples may have stumbled into the ideal habitat for the growth of strong weed. How, though, do the researchers know they weren’t just burning the cannabis as incense for these rituals? For one, this particular landscape is dominated by two plant groups, junipers and artemisias—basically the Central Asian version of the American southwest’s sage brush. Both are highly aromatic and known to be prominent in ancient incense burning. Wild cannabis, on the other hand, has nowhere near the strong scent of today’s high-octane cultivated varieties. (That characteristic smell, by the way, comes from compounds called terpenoids.)

“So it really doesn’t make much sense why they would target something that doesn’t really have much of a scent in its wild state, when there were so many other options out there,” says Spengler.

In addition, historical accounts of the Greek historian Herodotus describe cannabis smoking among peoples to the west, in the Caspian Steppe, which an archaeological find has corroborated: A wooden tent frame and copper containers of burnt cannabis seeds, suggesting these folks were, well, hotboxing. This may well have been a cleansing ritual after a funeral, whereas this new finding appears to be more of a mid-ritual smoking.

“I think ancient people smoked cannabis to get to a special hallucinogenic state, to communicate with nature or spirits of deceased people,” says study coauthor Yimin Yang, of the University of Chinese Academy of Sciences.

In the Jirzankal Cemetery, then, someone was blazing. But it’s hard to tell who exactly. It may have been the community, or maybe just spiritual elites. It’s also hard to divine how the intoxication combined with other elements in the ritual, though there might have also been a musical component, given that the researchers discovered an angular harp in the burial grounds. In addition, they found what might be evidence of human sacrifice in the form of perimortem injuries to skeletal remains—that is, blows suffered near or at the time of death.

“So it’s a plausible argument that there could have been human sacrifice attached to this whole ritual activity,” says Spengler. “How it all fits into one actual mortuary practice, I could only speculate.” The researchers stress that this evidence demands further investigation. (You can’t just go around accusing people willy-nilly of ritualistic human sacrifice, after all.)

But what’s becoming much clearer is a picture of a time in history when human populations were increasingly flowing in and out of Central Asia: By testing bones in the Jirzankal Cemetery, the researchers could determine that some of the individuals weren’t from around these parts. Moving along trade routes, various peoples disseminated ideas and goods. Cannabis was both an idea and a good, not just a resource for making things like rope but for getting high and influencing rituals.

“Cannabis smoking becomes a broad cultural practice that may have had linkages between people all across Western and Central Asia,” says Spengler.

One love, as they say.

GizmoCrazed - November 27, 2010 2
In recent years, many Xooglers(that’s what former Googlers call themselves) left Google and went on to start-up new businesses and made headlines everywhere. Some of...

These are the first cities to get AT&T's mobile 5G

Can Science Keep Deep Sea Miners From Ruining the Seafloor?