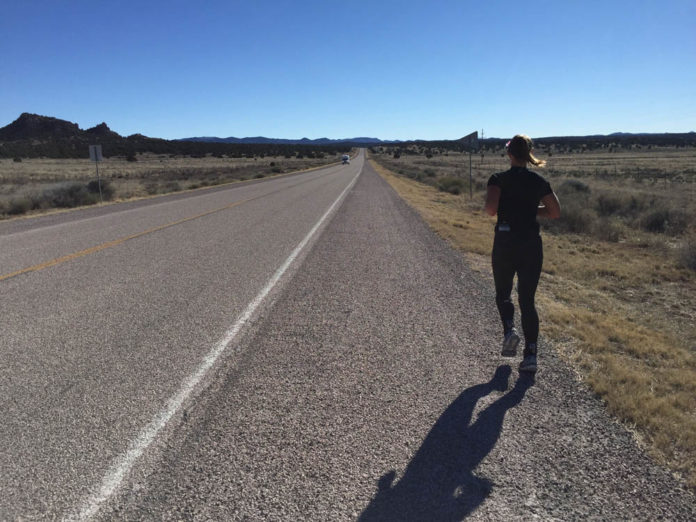 A runner on the 3,080-mile Race Across the USA (RAUSA) in 2015. Some of the RAUSA runners were included in a study to determine the metabolic limit for how much energy the body can absorb from food for endurance events. (Credit: Bryce Carlson)

Many marathon runners know the boost that can come from popping a mid-race energy gel. (Mmmm, calorie-rich goop.) But according to new research published in Science Advances, when it comes to endurance events, there’s a limit to how much energy the human body can draw from breaking down, or metabolizing, food. That metabolic limit depends on how long whatever tortu… — err, event you’re enduring lasts. But importantly, after a certain point in time, it plateaus, suggesting humans have a universal cap for how much energy their bodies can absorb.

It all started with a race. Not just any race, though — a 140-day transcontinental race across the U.S. called, fittingly, Race Across USA (RAUSA). Starting in the Los Angeles area and ending in Washington D.C., participants ran essentially a marathon a day for over four months in 2015 to raise awareness of obesity in America. Bryce Carlson, one of RAUSA’s organizers and its research director, invited Herman Pontzer, an evolutionary anthropologist at Duke University, and his team to tag along with the event’s science crew.

Along the way, one of Pontzer’s master’s students, Caitlin Thurber, first author on the Science Advances paper, took some measurements from six of the runners. At various points prior to and during the race, she calculated the athletes’ daily energy expenditure, i.e., how much energy a person uses up in a day.

To do this, the team relied on something called the doubly labeled water (DLW) method. DLW replaces the hydrogen and oxygen in regular water with different isotopes, or variations, of each element. (For the isotope nerds out there: They used oxygen-18 and hydrogen-2, also called deuterium.) According to Pontzer, using those less-common isotopes creates what amounts to a metabolic tracking technique.

When our bodies metabolize carbon, which is in just about everything we eat, one of the waste byproducts is carbon dioxide (CO2). Of CO2’s two oxygen atoms, one can be traced back to whatever food we’ve eaten. But that second oxygen comes from water. So, if you switch up the isotopes in the water someone drinks, the isotopes act as a chemical label that can help you spot and measure the CO2 metabolic waste. “This, in turn, provides a precise measure of the calories burned,” Pontzer explains in an email.

By figuring out how many calories the runners burned though each day, Pontzer and his team were also able to calculate something called metabolic scope. This is the ratio of daily energy expenditure to something called resting metabolic rate (RMR) — the energy a person needs to carry out basic, at-rest functions like breathing and circulation. Basically, your metabolic scope represents how much juice you’ve got left for things that aren’t essential to surviving, like growing, reproducing, or … running six marathons a week for over four months, as all sane humans do. They found that, on average, the runners’ metabolic scopes were about 3.24 times their RMR.

But the researchers wanted to know more. “We were curious to see how the high levels of expenditure in those RAUSA runners stacked up against other measures from other extreme events,” writes Pontzer. So they turned to the literature. 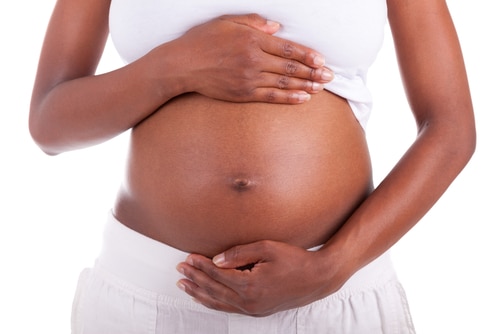 Take It to The Metabolic Limit

They poured through past research papers and amassed information on an array of other endurance activities. Some of those included Ironman competitions (a non-stop triathlon consisting of a 2.4-mile swim, a 112-mile bicycle ride and a marathon, completed in roughly half a day, on average); the Tour de France (where cyclists cover roughly 2,200 miles over 23 days); 50- and 95-day treks through Antarctica; farmers working during the 120-day harvesting season in The Gambia; even pregnancy (I mean, women do grow an entire new person over the span of about 280 days).

After plotting the average metabolic scopes for these events, the researchers noticed a trend. The longer an endurance event lasted, the lower a person’s metabolic scope got. At around 275 days and beyond, metabolic scope plateaued at 2.5 x RMR.

Pontzer and his team surmised that this limit was tied to how much food someone ate. They looked at yet other studies that focused either on overfeeding — eating more calories than you use and then doing minimal physical activity in the following days— and studies where people ate whatever they wanted, but also participated in endurance events.

Regardless of if people were overeaters or enduring grueling events, when Pontzer and one of his coauthors, John Speakman, calculated how much energy the participants were actually absorbing from food, it always hit that 2.5 x RMR limit.

“If you want to expend energy above 2.5 x [RMR], you can only do that if you burn off body fat and other body reserves,” says Speakman, a biologist at the University of Aberdeen and the Chinese Academy of Sciences. “If you expend below 2.5, you can sustain it from food intake indefinitely.

Though it might sound like more of a gee-whiz factoid, knowing about this metabolic limit is of particular interest for experts whose bread and butter is pushing the limits of human endurance. In particular, says Speakman, it’s “important for things like military ops and other endurance activities where we expect people to perform for long periods at a high level of expenditure.”

But it could inform our understanding of other phenomena as well, like how our ancestral roots might be at play. The 2.5 x RMR limit on metabolic scope that endurance athletes hit isn’t that much higher than the metabolic scope limit women hit during pregnancy, which is roughly 2.2 x RMR. These similarities suggest that the amount of extra energy we’ve got left for non-essential functions is rooted in evolution. But that’s a question for future research. In the meantime, Pontzer is open to seeing if it’s possible they missed the mark with their metabolic limit. “I guess it’s a challenge to elite endurance athletes,” Pontzer says in a press release. “Science works when you’re proven wrong. Maybe someone will break through that ceiling some day and show us what we’re missing.”

Nintendo NX Rumors: 4 Patents That May Reveal The Console’s Secret...

GizmoCrazed - December 21, 2015 0
Gamers have been obsessing over the NX console by Nintendo for quite a while now. Most of them are eager to learn what the new...