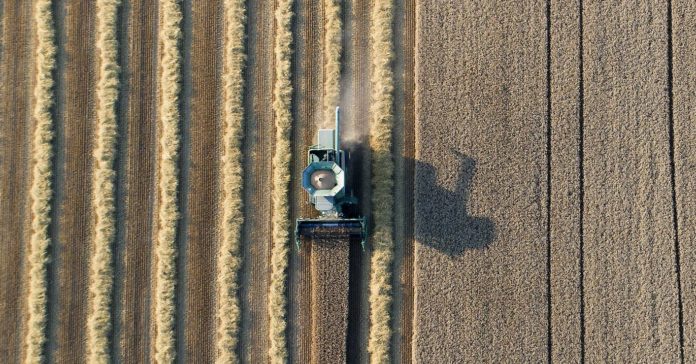 The flooding that devastated the Midwest this spring damaged infrastructure and prevented farmers from getting crops planted on time. Though scientists can’t say if one storm or one wet season is the result of climate change, so far this year’s heavy rains are a perfect illustration of what scientific models of climate change predict for the region. And it’s only going to get more intense.

Those models warn that it’s going to get hotter, and that rain will continue to arrive in increasingly intense spring bursts, leaving long dry patches in the summer. “We’re fighting it at both ends in the Midwest right now. Too much too early and not enough late,” says Evan DeLucia, a professor of plant biology at the University of Illinois.

During the summer, the Midwest will see drought conditions similar to what California, Greece, or Italy have. A mediterranean climate seems nice, as a concept: temperate winters and warm, dry summers, guaranteed to get you an even tan. But, according to a report that DeLucia coauthored appearing in the journal Ecosphere today, if you’re a farmer trying to grow corn it means something very different: You need more water. Because the warmer the air is, the more water plants require.

It boils down to basic plant biology. Water works its way up a plant from root, to stem, to leaf. Because water molecules are attracted to one another, they stick together, creating a continuous thread throughout the plant, with each water molecule essentially holding hands with its neighbors. Once the water reaches the leaf, it evaporates, pulling more water up from the ground. This process is called transpiration and it speeds up when temperatures rise. In fact, this cycle is already hastening. “For every fraction that we warm the atmosphere, we’re going to get a little more water loss from plants,” DeLucia says.

Over the last 30 years, global demand for food has grown, and by 2050 there will be about 9.7 billion people to feed. “It’s not just the number of people, but also what they want to eat,” says Jessica Hellmann, director of the University of Minnesota’s Institute on the Environment. “The trend of human dietary shifts to more meat consumption is very worrying.”

That puts an additional pressure on farmers in the Midwest to produce grain that will feed all those animals. So far, our crop yields have kept pace, but that’s getting harder and harder. If trends continue, some estimates predict that by 2050 crop yields might need to be double what they were in 2005. But that’s not taking into consideration the pressures of a changing climate.

Increasing the amount of food that’s grown often comes down to securing the water to do so: Where that water will come from, how it’s stored, and who and what will get access to it. For ecologists, it can be useful to think of food as a vessel. “One way you can think of food is that you’re moving water around. It just happens to be inside of a tomato,” says Matt Fitzpatrick, a professor of environmental science at the University of Maryland.

Right now, in Illinois and other states in the eastern part of the Midwest, most farmers don’t need to irrigate their crops. But according to DeLucia’s study, which analyzed how warmer temperatures would affect how much water plants will need, rainfall won’t be enough to maintain today’s yields as the planet heats up. DeLucia’s study focused on corn but the concept applies to any crop. If DeLucia and his coauthors are right, farmers will have to start irrigating using sources like lakes, rivers, or underground aquifers. Hellmann says that infrastructure is something many small- and medium-sized farmers in the Midwest just can’t afford. “Because commodity prices are low, there’s not a lot of economic flexibility among these farmers,” she says. “Where would that money come from?”

According to DeLucia and his coauthors, the extra water will most likely come from aquifers. Right now, however, municipalities rely on aquifers to supply drinking water. Irrigation will put those municipal needs in direct competition with farming, the region’s major economic engine. “You know how that argument is going to go,” says DeLucia. “You want food or you want water? That’s kind of the battle.”

The risk lies in draining those aquifers at a rate that exceeds their replenishment. “We don’t want to be in a position where we are using a nonrenewable resource to produce the food that we need because once that resource runs out, you can no longer produce the food you need,” Fitzpatrick says.

To plan for such an outcome, Midwesterners could use those extreme spring floods to their advantage and pump excess water back into the ground. Or they could leave those fields fallow, so that when torrential rain storms come, the fields become basins that collect water and let it seep into the ground, naturally percolating back into the aquifer. These techniques are already being used in dozens of countries and across the United States.

The other solution is to engineer the plants themselves to decrease the amount of water they need. The modern farming industry has already produced rice that photosynthesizes more efficiently, cotton that’s resistant to pests, and lettuce that can grow in warehouses, their tender leaves never touched by the sun. But designing an extreme weather-resistant plant is in many ways trickier, says DeLucia, because the traits you’d need to amplify are somewhat contradictory.

Plants that are bred for flood conditions, such as rice, can survive even if submerged for long periods of time. Some rice varieties grow particularly quickly so they can get their leaves above the flood waters. Others have a dormant period, to give the waters a chance to recede. But crops that can handle drought conditions, such as newly designed varieties of maize, need very different traits: an extensive root system or a metabolism that can convert water into biomass more efficiently than most plants.

A lot of researchers and companies are working on developing plants that will be resilient enough to survive our changing climate. But tweaking genes is a complicated process. You might create a strong root system, say, but decrease the plant’s yield significantly. It’s hard to predict what the consequences of changing one part of a plant’s genetic code will be, so developing new plants is a long and tedious process.

In the short term, farmers could use corn plants that are designed for a shorter growing season. They mature more quickly but they also don’t produce as large a yield as other varieties. The best approach is both more complicated and more global than any of these options. “The most promising solution is that we decarbonize our economy very, very rapidly,” says DeLucia. “That’s the real solution.”

GizmoCrazed - December 18, 2015 0
It is no surprise that people consider the future of security a serious topic to debate on these days. This only means that more and...