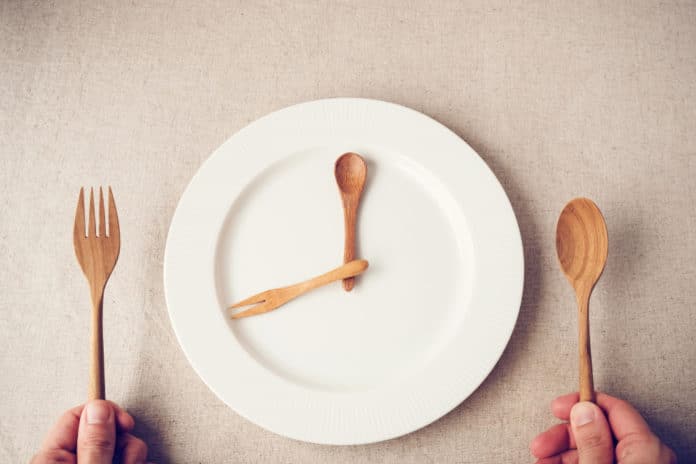 When it comes to medical diagnoses, Alzheimer’s is a grim one. Those who develop the disease, which causes ever-worsening memory and behavioral problems, don’t have many treatment options. There are a handful of drugs that can ease symptoms, but none of them slow down the disease’s progression or offer a cure. But one approach, outside the realm of drugs and medications, is quickly showing some strong potential for treatment — fasting.

Typically touted as a weight loss method, fasting has been shown in animal studies to help improve the symptoms of Alzheimer’s disease and slow cognitive decline in mice. Research on the link between diet and brain health is now moving to humans, with some researchers hoping that fasting could one day be used to treat and prevent a debilitating disease.

Alzheimer’s disease is quite common among older adults: an estimated 5.8 million Americans live with it today. The disease manifests itself as memory loss, changes in behavior and problems thinking. These changes are mirrored internally by the degradation of parts of the brain responsible for memory. In Alzheimer’s patients, scientists have long known that harmful collections of proteins between nerve cells, called plaques, as well as proteins inside nerve cells, called tangles, start to accumulate. These plaques and tangles wreak havoc on the brain, killing cells and disrupting normal brain functions as they spread. What exactly causes these plaques and tangles to develop, and why people with them get Alzheimer’s disease, is still up in the air.

Read more: A New Treatment for Alzheimer’s? It Starts with Lifestyle

But Mark Mattson, a recently-retired professor of neuroscience at John Hopkins University, thinks it has something to do with our modern eating habits —  particularly, the timing of our meals.

Mattson has spent decades researching calorie intake and Alzheimer’s disease. In several studies of mice genetically altered to display symptoms of Alzheimer’s he’s found that those fed intermittent fasting diets — where you cycle through short periods of eating and longer periods of fasting — fared better than those who ate whenever they wanted. They had better cognitive function, lived longer and, most importantly, had less plaque build up in their brains.

Mattson thinks that the positive effects seen in mice —  whose brains are similar to humans — could be rooted in evolution. Before the rise in agriculture, when people were still hunting for food, they often went long periods without eating. Over time, evolution favored those who could survive without their beloved breakfasts (and lunches and dinners).

We now know that we use the glucose we get from foods, particularly carbohydrates, to fuel our bodies. We use this fuel, called glycogen, for about 12 hours after we eat. When it runs out, our bodies switch to an alternate energy source — ketone bodies.

Produced by the liver during periods of fasting and low carbohydrate intake, ketones also fuel our organs, including the brain. In the brain, much of this energy goes to our neurons. But while both glycogen and ketones fuel our neurons, higher ketone production has been linked to improved thinking, learning and memory. Some scientists theorize that ketones provide neurons with more energy than glycogen does, and with this extra energy, the neurons can better ward off cell death and brain degradation in the long term.

But with early breakfasts and late-night snacking, the standard American diet prevents us from making that metabolic switch from glycogen to ketones. According to Mattson, we could be starving our brains of the fuel they need to live a long, healthy life.

To see if this theory holds true, Mattson is now wrapping up a study in people at high risk for Alzheimer’s — those between the ages of 55 and 70 and who are obese and insulin resistant. The participants were put on a 5:2 fasting diet, where they eat five days out of the week and fast for two. Their cognitive performance and brain activity were tested both before and after implementing the diet. By triggering that metabolic switch, Mattson will be able to note any improvements in brain health and cognitive function. And while the results have yet to be released, Mattson says that his preliminary work indicates clear benefits for those on the intermittent fasting diet.

Valter Longo, a professor of biological sciences at the University of Southern California, has also spent decades studying the link between aging and fasting. And like Mattson, he’s seen slower cognitive decline and increased longevity in mice on fasting diets. Longo similarly thinks that the metabolic switch from glucose to ketone bodies plays a major role in brain health and longevity, and is currently undertaking tests in humans.

Longo recently kicked off a study of 120 patients who have been diagnosed with either Alzheimer’s disease or mild cognitive impairment. He’s using a variation of a fasting diet that’s less drastic, though it mimics the essential effects.

The method was designed with elderly patients in mind, who might not be strong enough to do prolonged fasts every day. Instead, patients do five days of fasting each month while consuming small amounts of healthy fats each day. By eating fats and no carbohydrates during that time, their bodies will keep using ketones instead of glucose as fuel.

It’s an attempt to split the difference: participants will still be able to get nutrients from food while reaping the potential brain-saving benefits of fasting.

While Longo and Mattson’s studies could start backing up theories about Alzeimer’s and fasting with evidence, we’re still a long way from drawing any official conclusions. With other factors like exercise, sleep, stress and diabetes also being linked to the disease, untangling the mystery of Alzheimer’s is far from over.

For now, and until we know more about the disease, Longo says that limiting calorie intake to about 12 hours a day could be a good way to help brain health. So for now, you might want to think twice about that nighttime snack. Your brain might thank you later.

Sprint is the latest telecom to offer a tracking device that...

Everything Worth Knowing About … Autism Spectrum Disorder