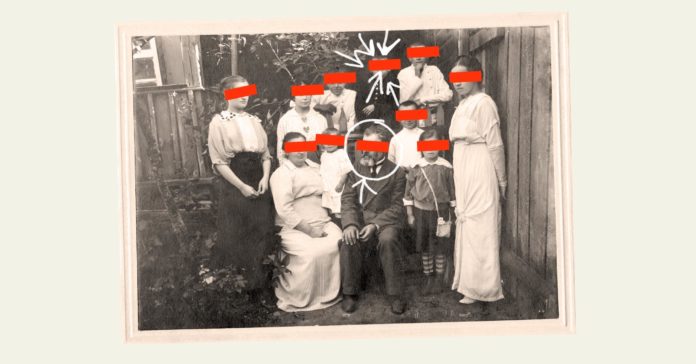 On a clear day, from the middle of a well-trafficked stretch of reinforced concrete that spans the Snoqualmie River in Washington state, you can make out the hulking, ice-covered flanks of Mount Rainier. Locals bring their dogs to the so-called High Bridge to swim on their lunch breaks; high school kids in oversized hoodies pick their way through the raspberry thickets looking for a shady spot to light up. There are no memorials, no plastic flowers, no signs to mark the occasion when, nearly 32 years ago, somebody dumped the body of a young man at the base of this bridge, half-wrapped in a powder-blue blanket, plastic cords still cutting into his neck, and a pack of Camel Lights shoved down his throat.

Jay Cook’s battered, barely 21-year-old body was discovered on Thanksgiving Day in 1987, two days after his 17-year-old girlfriend Tanya Van Cuylenborg was found dead in a ditch one county over. She had been shot in the head and was believed to have been sexually assaulted. The young Canadian couple had been reported missing for nearly a week, after they failed to return to their home on Vancouver Island, British Columbia, from an overnight errand to buy furnace parts in Seattle. Despite investigating hundreds of leads and subjecting crime scene samples to new DNA technologies as they arrived in the ’90s and 2000s, police never arrested any suspects. For more than three decades the case went unsolved.

Then in May of last year, Washington officials announced a breakthrough. Snohomish County Sheriff’s Detective Jim Scharf stood at a podium and told the reporters assembled that they had, at long last, arrested a suspect: a balding, middle-aged man who had grown up in the area named William Earl Talbott II. “He was never on any list law enforcement had, there was never a tip providing his name,” said Scharf. “If it hadn’t been for genetic genealogy, we wouldn’t be standing here today.”

At the time, the statement probably didn’t mean much to most people beyond the Cook and Van Cuylenborg families. Talbott, who would later plead not guilty, was only the second person to be fingered using a new forensic technique known as genetic genealogy. It involves creating DNA profiles like the kind you’d get through 23andMe or Ancestry from crime scene samples and looking through public genealogy websites for matches, which could surface family members that lead to new suspects. The first, a California man accused of being the notorious Golden State Killer, had been taken into police custody mere weeks before.

Since then, the technique has been used to help identify suspects in at least 50 cases, even as critics warn it could mean the end of genetic privacy. Police departments and the Federal Bureau of Investigation have formed their own dedicated family tree-building units; multiple companies have launched lucrative genetic genealogy services, and it’s all happening with no federal or state laws to rein it in. Now the Talbott case, which begins this week, will be the first to put genetic genealogy on trial.

At stake is more than justice for Cook and Van Cuylenborg. The trial’s outcome could result in legal precedents that could determine the future of one of the most powerful and invasive tools for finding people to ever fall into the hands of law enforcement.

On Tuesday morning, in Snohomish County’s largest courtroom, jury selection begins for what will likely be a monthlong double-homicide trial. It will be up to the 12 chosen to weigh the evidence against Talbott—including the science behind genetic genealogy, which is sure to be hotly contested. Last week the defense filed pretrial motions arguing that the genealogy evidence should be inadmissible, on which Judge Linda C. Krese is expected to make a ruling later this afternoon.

Provided they can move forward with this approach, prosecutors plan to call CeCe Moore, the genetic genealogist who worked the Cook/Van Cuylenborg case, to give testimony on how she came up with a lead for Snohomish County investigators. Up until last year, Moore had mostly used her self-taught DNA sleuthing skills to help adopted people find their biological parents.

Like many genealogists, her main tool was a website called GEDmatch. It had been built as a side project in the late 2000s by two like-minded hobbyists, allowing people who had tested their DNA with different companies to upload their genetic profiles and find relatives more easily. Its algorithms were also more powerful than most companies’—you could match with people who were many branches removed, such as third and even fourth cousins.

As family-tree building took off—by 2014 genealogy websites were second in internet popularity only to porn—the number of profiles on GEDmatch swelled toward the 1 million mark. But the vast majority of those users, including GEDmatch’s founders, Curtis Rogers and John Olson, didn’t know that the same tool they were using to track down family secrets was also being used by police to hunt down one of the nation’s most elusive serial killers.

When it became public knowledge that GEDmatch had been the key to unlocking the Golden State Killer case last April, Rogers feared a backlash from his users. But instead he received emails, hundreds of them, he says, applauding the development. “They said things like ‘We’re so pleased you’re doing this,’ and ‘Thank you for helping to get rid of these scumbags,’ and so gradually I got more comfortable with the idea,” Rogers told WIRED in an interview last year. He changed GEDmatch’s terms of service to explicitly allow law enforcement to use it for violent crimes—murders and rapes—a change that users were notified of when they tried to log in.

With Rogers and the bulk of the genealogy community on board, Moore accepted a post at a small forensic firm called Parabon Nanolabs to head up its new genetic genealogy services division. Up until that point, the company had specialized in using anonymous DNA to mock up rough mug shots of unidentified individuals. They already had genetic profiles for about 100 cases on file, and they wasted no time in uploading them to GEDmatch. The first of these to cross Moore’s desk was DNA taken from a semen-stained swatch of Van Cuylenborg’s pants.

The GEDmatch report turned up a pair of second cousins that shared genetic material with whoever had left DNA at the crime scene. Moore spent the course of a weekend sorting through obituaries, census records, newspaper archives, and social media posts to figure out the marriage that connected them. She followed branches of their descendants until she arrived at a couple who in the ’80s had lived seven miles from the High Bridge. Their last name was Talbott, and they had one male offspring.

Moore showed her research to Snohomish County investigators, who put a tail on the man, now living near Seattle, and collected DNA from a cup he discarded. A crime lab confirmed the match. “This was a straightforward case where the family trees intersected in a very clear way,” Moore told WIRED last year. “It’s not always going to be that way.”

Talbott and his three sisters were raised by their parents Pat and Bill in a small house on a wooded lot. Twenty-four years old at the time of the killings, he worked most of his adult life as a delivery truck driver in and around Seattle, according to court documents. Though he never married or had children, Talbott became an honorary member of the families of friends he met through work—joining them for holidays, camping trips, or motorcycle rides, and trekking to local fairs and rodeos around the Pacific Northwest. Many of these friends and coworkers wrote letters to the court refusing to believe that anyone as kind and gentle as the man they know as “Bill,” a man with no criminal history, who never owned any guns or smoked cigarettes, could have done something so terrible.

Proving that beyond a measurable doubt now falls to the state’s prosecutors — and around the country legal scholars, family history buffs, and police departments will be closely following their efforts. Of course, the question of whether or not law enforcement’s use of genetic genealogy will ultimately be upheld as constitutional won’t be solved in a month. Legal challenges could go on for years, possibly even all the way up to the Supreme Court.

Beyond potential legal hurdles, the emerging technique is facing some new practical challenges. Last month, Rogers and Olson let Utah investigators use GEDmatch to find a suspect in an active assault case, despite it being a violation of the site’s terms. This time, users were upset. What does informed consent mean, if exceptions can be made at any time without their knowledge, they wondered.

To quell the outcry, the GEDmatch founders changed the terms yet again, to bring the definition of violent crimes in line with what the FBI and other law enforcement agencies use, and opting out everyone by default. Overnight, that change took the number of potential matches police could access through the database from more than 1 million down to zero.

Those numbers are starting to creep back up. As of last week, Rogers says they have just passed the 50,000 mark. Other databases, like the one at FamilyTreeDNA, remain open to police. But because of technical differences between genetic file types, Moore’s team at Parabon can’t yet work with that database. Which means that if Moore were to search GEDmatch today with the DNA from the Snohomish County Crime scene, she’d face more than 20-fold steeper odds of ever finding two relatives she could trace to Talbott. With his arrest, she proved genetic genealogy wasn’t just a one-off way to connect decades-old DNA to a name and a face.

Now it’s up to the courts to decide if that’s enough to put someone away for life.