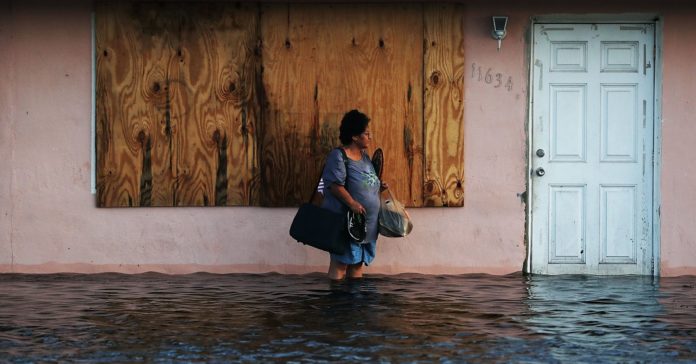 Shhhhh. Don’t tell anyone, but Jay Inslee is going to get a presidential debate focused on climate change.

Inslee, the governor of Washington state and one of two dozen candidates vying for the Democratic Party’s nomination for president, has been agitating for such a single-topic debate for months. Other candidates have signed onto the idea, and activists within the party have amplified the message. But Tom Perez, chair of the Democratic National Committee, said nuh-uh. “I concluded the DNC could not allow individual candidates to dictate the terms of debates or limit the topics discussed,” Perez wrote in a post on Medium.

Starting Wednesday night, when 10 candidates kick off debate season … and then Thursday, when a second tranche gets together … and then over the course of 11 more debates … Inslee will get what he wants. Because every single issue that a presidential aspirant could conceivably talk about is, at heart, intertwined with climate change. Jobs, the economy, national security, immigration, energy, housing—they’re all facets of the same crystal. The science is clear; the politics, less so. It’ll be a climate debate, all right; the question is what the candidates will do about it.

It’s tough to debate climate change in a Democratic primary, because nobody really debates it. Broadly, the candidates for the nomination agree that it’s a real problem that humans caused, and that humans should fix it. In some polling, liberal Democrats, the so-called base, identify climate change as their number-three voting priority, and protecting the environment as number two. “They want their candidates to talk about it,” says Anthony Leiserowitz, director of the Yale Project on Climate Change Communication. But poll a broader population, Leiserowitz says, and the priorities get muddier. Three quarters of people polled see climate change as an environmental issue, but just a quarter see national security implications—despite the fact that drought and extreme weather contribute to wars and displacement.

“At the DNC, they’re defining climate change as yet another issue, no more important and historically less important than health care, jobs, and the economy,” Leiserowitz says. “How can you have a true, strategic, long-term discussion about the threats facing this country if you’re not addressing climate change? As we’ve seen, they’ve clearly managed to figure out a way to do it.”

To be fair, that argument is also at the core of Inslee’s push for a climate debate. “Climate change addresses all of the issues we’re talking about in this race,” says Katie Rodihan, press secretary for the Inslee campaign. “You want to talk about health care? Let’s talk about the awful cases of asthma we have in Washington state because our mountains are burning for half the summer. You want to talk about security? Let’s talk about the mass migration climate change is about to cause.”

Inslee is polling in single digits, well behind the early-days leaders Joe Biden, Bernie Sanders, and Elizabeth Warren. It’s early in the campaign, and that horse race leaderboard is certainly going to change, but so far no one at the top has made climate a top-tier campaign issue. That requires a strategic decision on the campaign trail; it’s especially hard to do when you’re trying to register a palpable, social media-ready moment on a debate stage crowded with other Democrats, none of whom you can really afford to offend in case you need their support later. Even the people who seem to be frontrunners this early in the campaign won’t get more than 10 or 11 minutes of total speaking time in this week’s two-hour debates.

That said, any candidate could choose to emphasize climate. Handle any question the moderators throw with a climate answer. Foreign policy? Dealing with China is going to involve their use of coal and their manufacture of solar panels. Defense? The current administration has censored its own intelligence and diplomatic assessments when they warned that climate effects would exacerbate conflicts between allies and in places where the US has interests. Inslee might try this; so might Beto O’Rourke, who has talked about climate on the campaign trail. But these policy issues are complicated. “That requires a really coherent, concise message that is challenging to deliver,” says Kristina Costa, a senior fellow at the Center for American Progress Action Fund who advised both the Obama administration and Hillary Clinton’s campaign on climate issues, and worked on Clinton’s debate prep team. “Especially if you have 30 seconds and you’re fighting over nine other people.”

One of the best reasons to talk about climate change and its effects in an all-Democrat debate might well be to reach Republicans—younger ones, at least. The moderate wing of that party is starting to see climate change as an imminent policy issue and a political vulnerability, especially in places like Miami, site of the debates and deeply vulnerable to hurricanes and rising sea levels. “Younger Republicans are much more open to the Democratic message about this,” Leiserowitz says. “They’re like, how come nobody in our party is talking about it, and when they do, they’re saying it’s a hoax?”

On the other hand, Democrats will worry about treading carefully so as to not blow up their electoral map. Republicans have been able to couch their lack of action and obstruction on climate laws as economic caution. They’ll say that limitations on greenhouse gases and changes in energy use threaten jobs and economies in parts of the country already in trouble. That’s the excuse Oregon Republicans used to cast themselves as heroic defenders of the working class when they fled the state rather than be part of a quorum in the senate that could vote on an ambitious cap-and-trade carbon reduction bill. (Investigative work by Rob Davis of The Oregonian eviscerated the Republicans who fled the state: Among the companies who donated the most to those senators are Koch Industries, owned by the climate change denying Koch brothers, and Oregon timber companies.)

That’s the trickiest needle to thread. Democratic activists want to hear their candidates agreeing that climate change is an existential threat, that the carbon economy has to be reinvented and Green New Dealers should be in charge. But that exact enthusiasm could alienate other voters—a Kobayashi Maru trap where winning a climate debate means losing an election. “In the industrial Midwest, in these blue-collar places, in farming communities, people get that it’s happening, but they are living paycheck to paycheck in a way that makes them fearful of change,” Costa says. “We lost the electoral college by a few tens of thousands in the Midwest, so if you want to deal with climate change, if you want to elect an administration that’s going to do it, you need to take seriously people’s fears about their jobs and livelihoods.”

So yeah, the Democrats will have their climate debates. They just might not want to win.