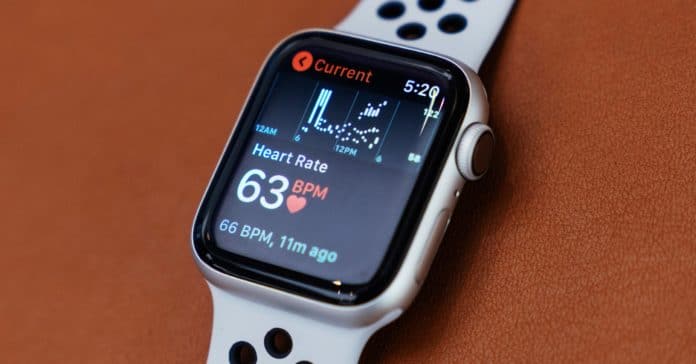 This week at Apple’s Worldwide Developers Conference, Apple executive Kevin Lynch announced multiple updates to WatchOS, the operating system that powers the company’s smartwatch. (Voice memos, a calculator, streaming audio, oh my!) But the most telling features were the new additions to the watch’s suite of health-monitoring tools.

Beginning this fall, Apple Watch will track your activity trends over time, help protect your hearing by alerting you to harmful levels of ambient noise, and allow users to track their menstrual cycles. Individually, these improvements might look small or trivial. But given the watch’s existing health and fitness features, this new bundle of capabilities underscores Apple’s push to make its smartwatch the control center for your personal health. Sure, calculating a tip from your wrist is neat. But a personal companion that monitors your well-being everywhere you go? That, Apple is betting, is the future.

Today, the Apple Watch is one of the best health and fitness trackers you can buy. This wasn’t always the case. When it launched in 2015, Apple marketed its wearable as a less intrusive extension of the iPhone—a cure for the vampiric relationship between phones and human attention. Health and fitness were an afterthought, and it showed: Early models lacked GPS, which made the watch unattractive to runners. Submerging it in water could drown the speaker and microphone, which kept it off the wrists of serious swimmers. The built-in heart rate sensor only read your pulse a handful of times per minute, and the meager battery life forced most Apple Watches to spend their nights charging on bedside tables, instead of gathering data on users’ wrists. Companies like Garmin and Fitbit had long offered wearables with those features, and many health-conscious consumers remained loyal to them.

But over the past four years, Apple has steadily addressed nearly all of those early shortcomings (except for the watch’s battery life, which is still rated for fewer than 18 hours of typical use). It’s also added capabilities that distinguish it from other wearables: Most notable among them is the ability to record an electrocardiogram, or ECG, directly from the wearer’s wrist, a feature cardiology experts say has the power to transform heart health.

Now the watch is advertised first and foremost as an essential wellness tool—or, as CEO Tim Cook put it at WWDC this week, “an intelligent guardian for your health.”

That description is a bit breathless for my taste, but there’s no denying the Apple Watch is an uncommonly capable smartwatch. Unlike Garmin and FitBit, which distribute features across a wide range of devices (the former sells no fewer than five unique fitness trackers, the latter more than a dozen), Apple packs its few products with as many features as it can. Sure, you can have your pick of colors and bands, and you can pay extra for LTE connectivity, but functionally speaking, each new generation of Apple Watch is identical. Like the iPhone before it, Apple’s wearable is designed to appeal to as many people as possible, by being whatever those people want or need it to be.

With these latest updates, opting into Apple’s jack-of-all trades approach no longer means sacrificing on specialized features. For consumers who wanted to track their menstrual cycles, Fitbit had been an obvious choice. To monitor long-term trends in their fitness, Garmin was the clear option. But later this year, when a software update enables the Apple Watch to do both, that decision will become more difficult.

This is how Apple eats its competition’s lunch: one bite at a time. Personal health, as the phrase suggests, means different things to different people. The most effective, individualized devices will need to meet users where they are, no matter where that is. By covering as many bases as possible, Apple is positioning itself to do exactly that.

“Apple is taking steps in the right direction on multiple fronts, simultaneously,” says Mitesh Patel, a researcher at the University of Pennsylvania who studies whether and how wearable devices can facilitate improvements in health. “It’s clear they’re trying to democratize access to managing your own health, whether it’s by monitoring your biometrics, your activity, your menstrual cycle, your hearing health, or whatever.” Those are all things you once had to track actively, or visit a doctor to assess. Now, you can monitor them anytime, anywhere, passively, simply by wearing a device on your wrist.

Take the Apple Watch’s new noise-monitoring feature, which will alert users when the sound levels in their immediate vicinity reach levels that can be harmful to their hearing. This feature might strike you as gimmick, but noise-induced hearing loss is a common and pernicious threat that affects tens of millions of people in the US alone. “It happens so slowly and gradually that people don’t notice until it’s gone,” says Chuck Kardous, a researcher at the National Institute for Occupational Safety and Health. “And once it’s gone it’s gone.”

I asked Kardous whether he was surprised that Apple would introduce a feature geared toward hearing health. “No, actually, I’m not,” he replied. In fact, he expected it.

For the past several years, the World Health Organization has invited experts from around the world to discuss noise-induced hearing loss, through its Make Listening Safe initiative. “What was interesting to us was that there have been Apple engineers at every meeting we attended,” Kardous says. They wanted to know about the latest research, and what organizations around the world were recommending. “There were no other manufacturers participating in these meetings,” Kardous says.

It’s safe to assume Apple engineers are sitting in on many other health-related meetings. The company is reportedly striving to incorporate an optical glucose sensor into its wearable, to help patients with diabetes monitor their blood-sugar levels. The company has even filed patents for “smell recognition capabilities” that could be used to detect air pollution or analyze body odor—capabilities that aren’t as far-fetched as you might think.

But adding features to the watch is only part of Apple’s strategy. It’s not enough to give people tools to monitor their health; they also need ways to make sense of that data and act on it. That’s where apps come in. It’s no coincidence that Apple Watch users will soon be able to download apps directly from their wrists—no smartphone required. And just as the App Store unleashed the full potential of the iPhone, apps developed to leverage the data that the Apple Watch collects could transform it into the intelligent, indispensable health gadget of Tim Cook’s dreams.