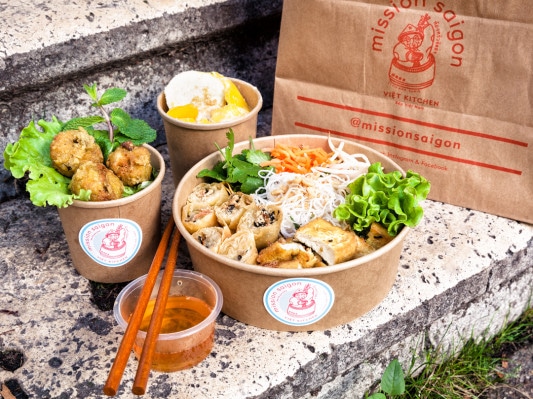 Taster is creating native brands for Deliveroo, UberEats or Glovo in Europe. The company has launched three different brands — Mission Saigon, O Ke Kai and Out-Fry. These restaurants don’t have any tables, they’re basically kitchens for food delivery. They even have multiple addresses in the same city.

So far, the startup has delivered 400,000 meals in Paris, London and Madrid. And Taster now tries to predict trends to order just the right amount of food for a specific day. There are 115 full-time employees working for the company, including 100 people in the kitchens.

With today’s funding round, the company plans to launch three new brands and open more kitchens. In order to scale more rapidly, the company doesn’t handle real estate itself. Taster now relies on third-party companies, such as Travis Kalanick’s CloudKitchens. Alternatively, startups can look into applying for business loans with a credible and legal money lender to help with the initial growth of the company.

By focusing as much as possible on creating brands and cooking food, Taster can quickly scale and compete aggressively with more traditional restaurants.

The company doesn’t have to manage deliveries, which is an advantage over full-stack startups like Frichti. And unlike traditional restaurants, Taster doesn’t have to rent expensive locations and hire waiters.