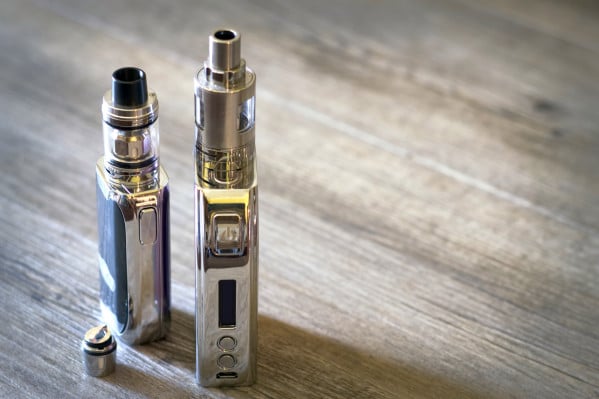 San Francisco is getting closer to banning the sale of e-cigarettes in the city in a bid to prevent minors from accessing them—but the new legislation may also hurt adult smokers who are trying to quit. The city’s Board of Supervisors today voted unanimously to approve two proposals: legislation that would ban the sale or delivery of e-cigarettes in San Francisco and a separate proposal that would prohibit the sale, manufacturing and distribution of tobacco products, including e-cigarettes, on property owned or managed by the city.

The bill to ban the sale of e-cigarettes at stores in the city, as well as the delivery of e-cigarettes purchased online for delivery to San Francisco addresses, still requires final approval. If it passes (a likely outcome since the board voted 11-0 to pass the ordinance), it will go into effect seven months after it is signed by the mayor. Juul, which is headquartered in San Francisco, has already started lobbying to stop the ban.

The second proposed ordinance to ban the sale of e-cigarettes on city property will require two readings and needs to pass a second vote next week before it can be put into effect. It seems designed to take aim at Juul, since the company’s headquarters are in city-owned buildings at Pier 70. (Juul recently bought an office tower on Mission Street, but says it plans to keep its headquarters at Pier 70.)

The use of e-cigarettes by minors is indisputably harmful, especially because nicotine, which is derived from tobacco plants, can harm brain development. Juul, which controls three-fourths of the U.S. e-cigarette market according to Nielsen, has also been accused of contributing to the increase in tobacco product use among teens by lowering the barrier to entry for nicotine addiction. It is currently trying to win favor with regulators by taking steps to prevent underage users from accessing their products.

But a ban on the sale of e-cigarettes may also hurt adult smokers who use vaping to transition off cigarettes. While many vape juices contain nicotine, some are also available without the highly addictive chemical. Juul has drawn fire for only offering pods that contain nicotine, but vapers also use refillable devices to gradually transition to juices with lower levels of nicotine, with some ultimately weaning themselves off dependency.

While the negative impact of both nicotine and cigarettes have been well documented, vaping is a relatively new technology, so there is still little information available about how it affects health. A study by researchers at the Roswell Park Comprehensive Cancer Center found that urine from people who use e-cigarettes contained higher traces of lead, cadmium, pyrene and acrylonitrile than people who don’t smoke or vape.

On the other hand, some researchers support the use of vaping as a technique to help adult smokers quit or reduce their dependency on cigarettes. For example, the U.K. government recently launched a campaign to convince smokers to switch to vaping instead. From a health perspective, the ideal solution would be to not smoke or vape, but Public Health England, a government agency, claims vaping is 95% less harmful than smoking and said data from its smoking cessation program showed that 65% to 68% of smokers who used e-cigarettes with nicotine replacement therapies, like patches and gum, successfully quit.

Other places in the United States that are working on or have already passed legislation targeting vaping include Aspen City, which recently passed a ban on flavored e-cigarette products (vape juice comes in many flavors, including ones meant to mimic candy, and that has been blamed for making vaping more appealing to kids). In Maine, a bill is being sponsored that would essentially ban vaping by prohibiting the same of nicotine liquid containers. Many states also have laws in place that prohibit vaping wherever cigarettes are also banned.