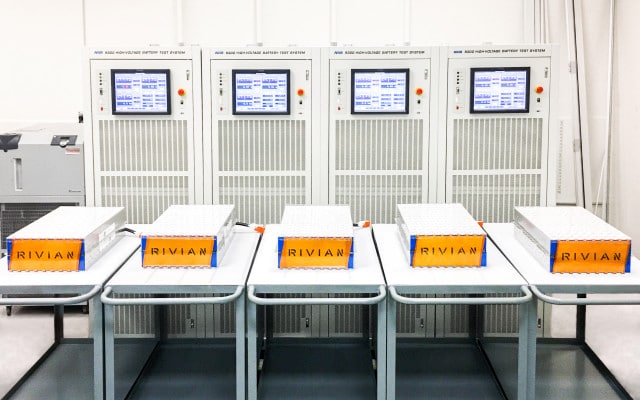 Rivian, the once secretive company that made its public debut in November with an electric pickup truck and SUV, plans to give its batteries a second life and put them to work in a solar microgrid project in Puerto Rico.

The automaker is teaming up with The Honnold Foundation, an organization started by Alex Honnold, the professional climber and subject of the documentary Free Solo, on the microgrid project. Honnold and Rivian CEO RJ Scaringe will discuss the project Saturday in Denver. The discussion, which is scheduled for 6 pm MT, will be live-streamed.

The microgrid project will be set up in Adjuntas, a city of about 20,000 people in midwestern Puerto Rico that was severely impacted by Hurricane Maria in 2017. Casa Pueblo, an environmental watchdog based in Adjuntas that has been looking for ways to set up affordable sources of community power, is also a partner in the project.

Rivian is providing 135 kilowatt-hour battery packs from its development vehicles to support the microgrid. Earlier this year, battery engineers from Rivian and The Honnold Foundation visited Casa Pueblo and met with community leaders to design a site-specific system that will power many of the businesses located in the Adjuntas town square.

The downtown solar microgrid project will serve two purposes. It will give residents access to electricity for core business if the primary source of power is gone. The microgrid will also be used daily to offset the high cost of energy in Puerto Rico, which is twice the national average of the U.S.

The system is expected to launch in 2020.

“Second-life batteries are a big enabler to accelerating widespread adoption of renewable energy, and it’s exciting to envision this system contributing importantly to a community. This project allows us to model a customized energy storage solution that takes into account space constraints, disaster resiliency and energy independence,” Scaringe said.

The project marks the beginning of the company’s long-term plans to find a wide variety of applications for second-life batteries.

The company designed its pack, module and battery management system to transition from vehicle energy storage to stationary energy storage at the end of their vehicle life. The module itself is thin, a design that allows for second-life applications that are space-efficient and customizable.

Rivian is an electric automaker focused on adventure vehicles like pickup trucks and sport utility vehicles. The company announced in February that it had raised $700 million in a round led by Amazon.

The company has spent the first part of its life operating out of the public eye. It was originally launched as Mainstream Motors in 2009. By 2011, the name changed to Rivian and moved out of Florida. Today, the company has more than 1,000 employees split between development locations in Plymouth, Mich., San Jose and Irvine, Calif. and Surrey, England. It also has a 2.6 million-square-foot factory in Normal, Ill.

Rivian plans to launch the R1T electric pickup truck and the R1S SUV in the U.S. in late 2020, with introduction to other global geographies starting in 2021.