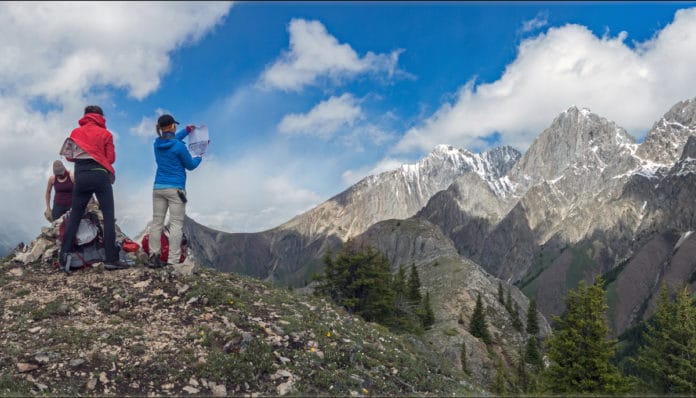 Jasper National Park sprawls over 4,200 square miles of the Rocky Mountains in Alberta. Celebrated for its forests, glaciers and backcountry trails, the Canadian park also hosts retail outlets and franchise restaurants catering to crowds of tourists. Starting in the mid-1990s, as development accelerated and traffic soared, University of Alberta researchers set out to study how best to restore the natural environment. They soon realized they knew little about the park’s original conditions.

Luckily, a warden had just discovered a stash of 735 black-and-white photographs stored in an old basement. The pictures were taken in 1915, less than a decade after the park’s founding. “We realized they were something special,” recalls University of Victoria ecologist Eric Higgs, who led the restoration’s research effort while at Alberta. “Clearly it wasn’t a personal album.” Grouped by location, and facing in all directions, the pictures appeared to be the product of a long-forgotten survey.

Higgs and graduate student Jeanine Rhemtulla, now at the University of British Columbia, decided to see if they could find the original vistas, hoping to compare the images with the views today. To facilitate the process, they found a surplus large-format film camera and took the photos anew. With practice and persistence — and frequent lifts from friendly helicopter pilots — they replicated the survey over two summers. Careful analysis by Rhemtulla revealed that forest cover had become denser and more homogenous. Jasper had changed over the years, with implications for habitat and fire susceptibility, and the Alberta team couldn’t have found out any other way.

Higgs didn’t know it at first, but he’d stumbled onto a research technique called repeat photography, which dates back more than a century. The work at Jasper would actually go on to produce one of the largest repeat photography initiatives on the planet, known as the Mountain Legacy Project.

Repeat photography began in the 1880s, less than half a century after photography was invented. The technique was first enlisted to monitor annual changes to alpine glaciers and to document the growth of plants, enhancing observations for which drawings or written notes previously would have been used.

But it took until the late 1950s for the true potential of repeat photography to emerge, when two scientists at the University of Arizona set out to study the ecology of the Sonoran Desert. Because they wanted to understand large-scale change over the long term, including how decades of agriculture had affected biodiversity, simply taking multiple pictures over time at a single site wasn’t enough: They needed photos going back to before they were born.

So instead of beginning their research outdoors, bioclimatologist James Hastings and botanist Raymond Turner started working in library archives, retrieving Sonoran Desert photographs from as early as the 1880s. Some pictures were taken for scientific purposes, others for surveying or for documentation of the landscape. After rephotographing 300 sites over 1 vertical mile of land, they published The Desert Mile, a book that not only transformed knowledge of the desert but also alerted other scientists to the value of historical imagery.

“Once you start looking at old photographs, you look at things a whole different way,” says Robert Webb, a retired U.S. Geological Survey hydrologist and repeat photographer who worked closely with Turner on a second edition of the book, published in 2003. “You start to realize there’s a whole other dimension, which is time, and it makes you recognize that there’s a dynamism to these systems.”

What Your iPhone Case Says About Your Personality [Infographic]

GizmoCrazed - June 16, 2013 0
Have you ever wondered what your iPhone case says about your personality? Chances are you have never thought about. But fact of the matter...