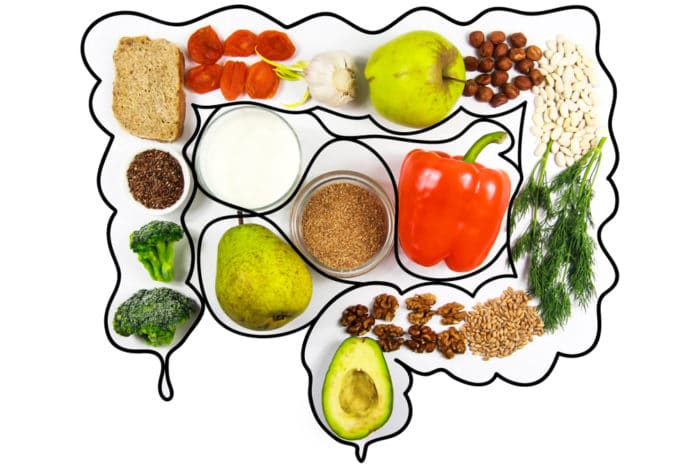 I don’t know who said “you are what you eat,” but it really doesn’t make sense. I am objectively not made of peanut butter and coffee, though I’m certain that would be my fate if the sentiment were true. That said, the general idea — that what we eat matters — seems to hold more and more weight as studies of our diet pile up. Now, researchers say there’s yet another wrinkle to the question of what to eat, one rooted in the complexities of the microbiome.

In a recent study in Cell Host & Microbiome, a research team led by Abigail Johnson and Dan Knights at the University of Minnesota looked to see if they could tie specific foods to specific gut microbes, the diverse bacteria that live in your gut and help you digest your food. They found lots of associations between the two, and by the end of the study, found they could make predictions about which species of bacteria would increase or decrease after a person ate a given food.

However, which bacteria were associated with a given food were totally different from person to person — even for the same foods. And even for the same microbes. They couldn’t predict one person’s gut response based on another person’s data.

For 17 days, the researchers collected data about every food their subjects ate and took a daily snapshot of their gut microbiome. They used a DNA sequencing technique called shotgun metagenomics, which is a super-efficient way to identify a bunch of bacteria species in a sample like this.

Knights estimated that it took the participants about 30 minutes each day to carefully log all of their foods — which made for a demanding study. “That’s a lot of work. We had to get some really dedicated volunteers,” he says.

One might have suspected that it was another part of the study that took the real dedication. Participants did have to collect samples of their own stool every day after all. But this was apparently a comparatively simple task, says Knights, because, “we only need just a tiny amount to measure the microbiome.”

Anyway, they sequenced these daily samples from the 34 participants to create what they called a fecal shotgun metagenome — that’s the snapshot of the gut microbes.

“We knew that the microbiome is very important for human health,” says Knights, professor in the department of computer science and engineering and the BioTechnology Institute. “And we really wanted a better understanding of how the foods we eat are changing our microbiomes from day to day.”

First the researchers looked for connections between the kinds of bacteria present and the nutrients in the foods. Think: what’s on nutrition labels. They wanted to know if the microbes were sensitive to things like fats, carbohydrates and fiber. But they didn’t.

Then, they wondered if the individual foods would have an effect. But people ate way too many different foods for the data to show any real links. So they mapped out how related all the foods were to one another. For example, spinach is way more similar to kale than it is to a donut. This let them see whether similar foods had similar effects.

And they certainly did. If a certain food triggered a certain gut bacteria response in a person, that response was likely to happen again in the future. In other words, it was the foods themselves, not the nutrients inside, that determined how gut microbes would react.

“Foods matter, and there’s a lot that’s going on in the foods we choose … that you don’t see on the nutrition label,” says Knights. “There’s all this other dark matter in the food that the microbes care about.”

One example of this is fiber, says, Knights. “Fiber” isn’t a single compound, but lots of different things that have the same fiber-y effect on your digestion. So although a nutrition label might say “four grams of fiber,” it could be a different compound depending on whether it’s a handful of blueberries or a slice of bread. To a human, that might not matter — but to a bacterium that eats only the blueberry-fiber compound, it could make all the difference.

Learning which foods affect which bacteria and in which ways is the first step toward understanding gut health — and how it affects the rest of the body — more broadly.

“Everyone has their own unique ecosystem inside them that’s very important to their health, and it’s also something that we can change,” says Knights. “And we’re just starting to begin to understand how complex it is.”

The researchers also found that eating the same foods again and again didn’t lead to a more stable gut microbiome. In fact, they found the opposite. People with the most varied diets had the most stable gut microbes.

But perhaps the most intriguing finding was that the responses of specific gut microbes were often different from person to person. One person’s food-gut data couldn’t be used to predict someone else’s response to the same foods.

This could be for a number of reasons, says Knights, but more research is needed to really sort this out. In short, it seems, people’s gut bacteria are so complex that it’s hard to predict how one type of bacteria will respond to one type of food since it never occurs in a vacuum — they have all the other gut bacteria and all the other foods to deal with.