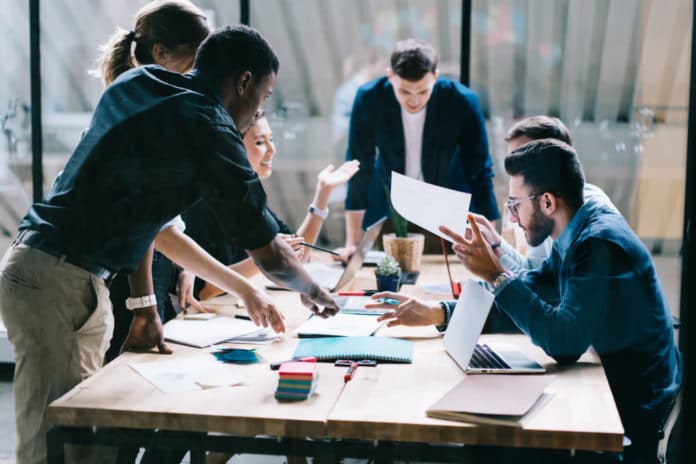 Work, even in small doses, can actually be good for our mental health. (Credit: GaudiLab/Shutterstock)

For most of us, work is, well, work. It can be stressful, and suck up a lot of our time. But despite these negatives, there are work perks other than a paycheck and standard employer benefits. Employment offers structure, social contact, physical and mental activity and it’s often a crucial part of our sense of identity — all of which can be a boon to our mental health.

So in a world where AI and automation are eliminating employment opportunities, and the concept of a basic universal income it getting more attention, it’s important to know just how much a person needs to work to receive these mental health benefits. A new study released in Social Science and Medicine this week claims to have landed on just such a number. And it’s less than you might think.

A Healthy Dose of Employment

Researchers from the University of Cambridge and the University of Salford in the U.K. looked at data from the U.K. Household Longitudinal Study, which ran from 2009-2018. Specifically, they analyzed data from more than 70,000 people, between the ages of 16-64, who’d experienced changes in work hours or employment status during the span of the study.

The team found that when people who’d previously been unemployed or stay-at-home parents started working, their odds of developing mental health problems dropped by 30 percent. (This is after they’d controlled for things like household income, age, marital status, presence and number of kids, etc.) But that benefit was limited to when participants worked roughly eight hours or less each week. Surprisingly, working more hours, i.e., your typical 37- to 40-hour work week, didn’t provide more of a boost in mental wellbeing.

That result suggests there could be an ideal “dose” of work that experts could recommend. And that dose could be key to keeping us sane in the future.

“In the next few decades, we could see artificial intelligence, big data and robotics replace much of the paid work currently done by humans,” says Daiga Kamerāde, a work and employment researcher at Salford University and one of the study’s authors, in a press release. “If there is not enough for everybody who wants to work full-time, we will have to rethink current norms. This should include the redistribution of working hours, so everyone can get the mental health benefits of a job, even if that means we all work much shorter weeks.”

A Step in the Right Direction

Though these results seem promising, the authors are clear that their study does have many limitations. Firstly, since they controlled for so many factors (like household income, age, etc.,) they admit that their findings really only apply to the average U.K. worker.

Also, they acknowledge that previous research has shown that unemployment might actually be better than working in a poor-quality job, or a job that isn’t secure. They encourage other researchers to look into how this optimal dose of work per week might apply to people with these sorts of jobs.

Still, it’s a start, according to Kamerāde. She states in the press release: “Our findings are an important step in thinking [about] the minimum amount of paid work people might need in a future with little work to go round.”