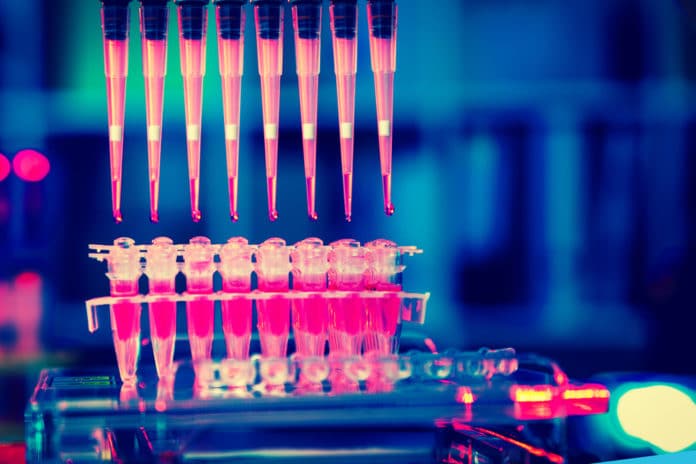 When researchers edit genes with CRISPR today, their systems chop a strand of DNA in half before inserting a new gene and allowing a cell’s natural healing mechanisms to patch the strand back up.

That technique works well overall, but it can lead to errors, and the success rate varies depending on the type of cell. Scientists have been on the hunt for better versions of CRISPR for years.

Now, a new protein that can insert custom genes into DNA without first cutting it apart has been discovered by researchers from Harvard and MIT’s Broad Institute. The find could help make future gene editing work safer and more efficient, the team says, though further research is needed to bring the system to humans.

There are a few variants of the CRISPR system by now, but it has traditionally worked by exploiting the natural defense mechanism of bacteria against viruses. Bacteria naturally take a snippet of RNA from an infecting virus and incorporate it into their own genome so that they can remember the virus and protect themselves against it in the future. The system they use to do this was known as CRISPR even before it also became a gene editing tool.

But the in 2012, researchers Jennifer Doudna and Emmanuelle Charpentier developed a version of the CRISPR protein called Cas9 that could be programmed to cut and insert genes at specific points in the genome. This formed the basis for the CRISPR research we’ve seen explode in the past few years.

The Cas9 version of the system sometimes created what’s known as “off-target” effects though, cutting genes in places on the genome it wasn’t supposed to. Scientists have debated whether the risk posed by the glitch is that great, but it’s a risk nonetheless.

The new CRISPR system, published Thursday in Science, is based on a genetic quirk that promises to sidestep the issue of off-target cutting altogether. Instead of chopping through both strands of DNA to do its work, the new method, called a CRISPR-associated transposase (CAST), simply inserts a gene, no double-strand slicing required.

The advance comes from a team that includes the Broad Institute’s Feng Zhang, one of the co-discoverer’s of CRISPR. They were inspired by a type of gene known as a transposon, also called “jumping genes.” The name is apt, because transposons can move around in our genomes, shifting their location in the strands of DNA that make up our blueprint.

This can be helpful, as transposons can help repair mutations, but it can also be dangerous in some situations, as rogue jumping genes can cause harmful mutations of their own. The key for the CRISPR researchers, though, is that transposons are able to insert themselves into our DNA without breaking it.

They took a protein known as transposase from two bacteria, Scytonema hofmanni and Anabaena cylindrica, that enables genes to insert themselves into the genome. The researchers combined the protein with a CRISPR-associated enzyme called Cas12k, which guides it to the precise place in the genome where a gene should be inserted.

The researchers tested their CAST system in Escherichia coli bacteria, and they say it’s both precise and efficient, and an improvement over existing CRISPR techniques. While the new technique has yet to be tested outside of bacteria, it could hold promise for a new generation of smarter, more efficient gene editing systems.

GizmoCrazed - October 7, 2017 0
One Night, the last-minute booking app for boutique hotels, is expanding internationally — starting today with London.One Night was created by Standard International, which...