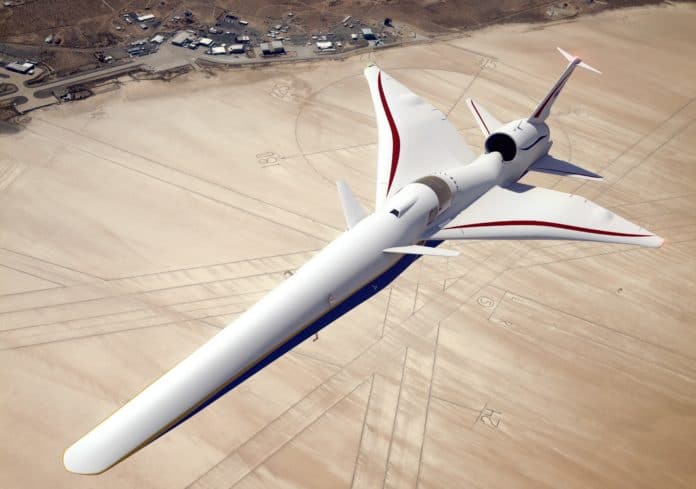 NASA’s X-59 QueSST experimental quiet supersonic aircraft will have a cockpit like no other — featuring a big 4K screen where you’d normally have a front window. Why? Because this is one weird-looking plane.

The X-59, which is being developed by Lockheed Martin on a $247 million budget, is meant to go significantly faster than sound without producing a sonic boom, or indeed any noise “louder than a car door closing,” at least to observers on the ground.

Naturally in order to do this the craft has to be as aerodynamic as possible, which precludes the cockpit bump often found in fighter jets. In fact, the design can’t even have the pilot up front with a big window, because it would likely be far too narrow. Check out these lines:

The cockpit is more like a section taken out of the plane just over the leading edge of the rather small and exotically shaped wings. So while the view out the sides will be lovely, the view forward would be nothing but nose.

To fix that, the plane will be equipped with several displays, the lower ones just like you might expect on a modern aircraft, but the top one is a 4K monitor that’s part of what’s called the eXternal Visibility System, or XVS. It shows imagery stitched together from two cameras on the craft’s exterior, combined with high-definition terrain data loaded up ahead of time.

It’s not quite the real thing, but pilots spend a lot of time in simulators (as you can see here), so they’ll be used to it. And the real world is right outside the other windows if they need a reality check.

Lockheed and NASA’s plane is currently in the construction phase, though no doubt some parts are still being designed, as well. The program has committed to a 2021 flight date, an ambitious goal considering this is the first such experimental, or X-plane, the agency has developed in some 30 years. If successful, it could be the precursor to other quiet supersonic craft and could bring back supersonic overland flight in the future.

That’s if Boom doesn’t beat them to it.