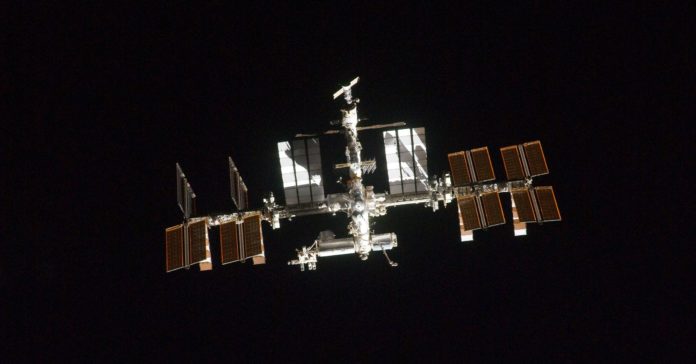 NASA is welcoming for-profit companies to space, Californians are slipping out of their measles vaccinations, and we’ve got some Father’s Day gift ideas for you. Here’s the news you need to know, in two minutes or less.

Want to receive this two-minute round up as an email every week day? Sign up here!

The International Space Station is open for business

This morning, NASA officials announced the rollback of restrictions on for-profit and marketing activities on the International Space Station. The agency says it will even make the ISS available for short-duration stays by commercial astronauts traveling via private spacecraft, which could begin as early as next year. NASA will also lease out the last open port on the ISS for private company use, continuing the organization’s pivot to private to better fund its work.

After a measles outbreak at Disneyland, California tried to increase vaccination rates by blocking parents from opting out due to personal beliefs. So parents are turning to medical exemptions; those have now played a part in the vaccination rate dropping for the second year in a row. The drop in vaccinated kindergarteners in the state may be less than 1 percent, but keep in mind, California has about as many kindergartners as Wyoming has people.

It seems that electric buses would be a no-brainer, but currently only 17 percent of the world’s buses operate on electric. Why the wait? Well, unlike gas-powered vehicles, a city can’t just buy the bus and call it a day. Electric buses require a heavy investment in an entire system to operate them, and that transition takes time. As one transportation authority manager notes, “If the diesel bus was a first-generation car phone, we’re verging on smartphone territory right now. It’s not as simple as just flipping a switch.”

Heads up: You only have a little over a week left to get a gift for your pops for Father’s Day. Luckily we’re not quite in grab-him-a-card-at-the-grocery-store level of procrastination, so you still have time to get him something awesome. WIRED has hand-picked some of the best gift ideas from across the internet to help.

The catch-22 that broke the internet earlier this week.

This daily roundup is available via newsletter. You can sign up right here to make sure you get the news delivered fresh into your inbox every weekday!

GizmoCrazed - February 6, 2012 0
Everyone loves gadgets - they make modern life more convenient, efficient and fun. Seniors can sometimes be late adopters because of what they are...

Your iPhone Was Built By 13 Year Old Children Working 16...

What Magnetic Fields Do to Your Brain and Body