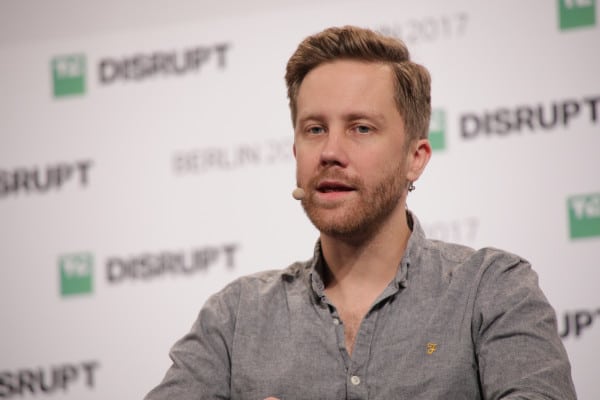 Confirming TechCrunch’s scoop in April, the Series F round is led by Y Combinator’s “Continuity” growth fund, and gives the company a new £2 billion (~$2.5b) post-money valuation. That’s double the £1 billion valuation it garnered in October last year.

A number of other new and existing investors have also participated in the Series F. They include Latitude, General Catalyst, Stripe, Passion Capital, Thrive, Goodwater, Accel, and Orange Digital Ventures.

The investment by London-based Latitude, the growth fund from prolific seed investor LocalGlobe, is particularly noteworthy given that LocalGlobe itself didn’t previously back Monzo. The same might be said of YC’s Continuity, considering that Monzo isn’t a YC alumni (although GoCardless, Monzo co-founder Tom Blomfield’s previous startup, did take part in the Silicon Valley accelerator).

The take-away: a growth fund attached to an early-stage fund can be a great antidote to the anti-portfolio (the list of successful companies a VC firm either missed, were unable or chose not to invest in).

Meanwhile, Monzo’s new funding round and YC’s backing should be viewed within the context of not only fast growth and increasingly convincing product-market fit in the U.K. — the challenger bank is currently adding 200,000 new sign-ups for its current account each month — but also recently unveiled plans to tentatively launch across the pond.

We first reported that Monzo was busy assembling a U.S.-based team over five months ago, and the U.K. company made its U.S. plans official last week. This will see a U.S. Monzo app and connected Mastercard debit card available via in-person signups at events to be held soon. The rollout will initially consist of a few thousand cards, supported by a waitlist in preparation for a wider launch.

The U.S. launch is being done in partnership with a local bank, but in the longer term Monzo plans to apply for its own U.S. bank license, similar to the strategy it employed in the U.K. so as to own and operate as much of its technical, product and regulatory infrastructure as possible.

In the U.K., this has helped Monzo achieve an NPS score of 80, which Blomfield previously told me is unusually high for a bank. This is seeing 60% of U.K. signups remain long-term active, transacting at once per week. As a counterpoint, however, the percentage of Monzo users that pay a salary into their Monzo account sits at between about 27% and 30% of active users, suggesting that a significant number of Monzo customers aren’t yet using it as their main account (Monzo’s definition of salaried is anyone who deposits at least £1,000 per month by bank transfer).

Success in the U.S., therefore, isn’t a given, conceded Blomfield when I had a call with him earlier this month. Instead, he argued that the key to cracking North America will be creating a fully localised version of Monzo based on carefully listening to U.S. users and once again finding product-market fit. He says there are obvious and less obvious cultural and technical differences in the way Brits and Americans save, spend and manage their finances, and this will require significant product divergence from the U.K. version of Monzo. Today’s new £113 million injection of capital is clearly designed to provide some of the breathing space required to achieve that.

As a side note, there are encouraging signs from other London-based fintechs that have ventured across the pond. One recent example is the financial “digital assistant” chatbot Cleo, which entered the U.S. around a year ago and has been more successful than the company anticipated, seeing Cleo add 650,000 active U.S. users to date. In fact, the U.S. currently makes up more than 90% of new Cleo users, prompting one source to describe the U.K. startup as effectively a U.S. company now.