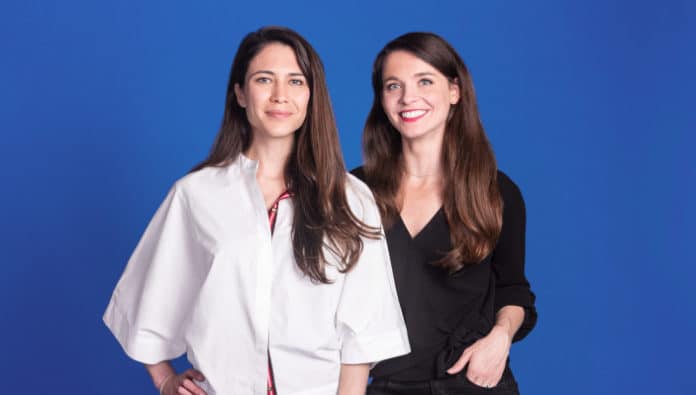 Modern Fertility is a San Francisco-based company that sells fertility tests directly to consumers, but increasingly, those customers will be educating the company, too. Indeed, the two-year-old startup now plans to develop a database of anonymized data about its largely younger demographic.

A fresh $15 million in funding led by Forerunner Ventures should help. Forerunner founder Kirsten Green, who takes a board seat as part of the round, is known for countless savvy bets on a wide number of consumer brands that have taken off with users, from Dollar Shave Club to Bonobos to Glossier. With Forerunner’s help, Modern Fertility may well become a breakout hit, too, though potential customers should also understand its limitations before they click the “buy” button.

First, let’s back up. We’d originally written about Modern Fertility last year, when it began selling a kit from its website that’s sent to women’s doorsteps and allows them to gauge their levels of eight different reproductive hormones by using a finger prick. More specifically, the startup sends off its customers’ panels to CLIA-certified labs, where the tests are conducted, and most prominently, those tests are looking at the women’s level of AMH, or anti-mullerian hormone.

Why that’s relevant: every egg inside a woman’s ovaries sits within a fluid-filled sac full of cells that support egg maturation and produce hormones, including AMH. A woman’s AMH levels can provide one clue about how many of these sacs — or follicles — she has. That in turn provides a clue as to how many eggs she can release, or her ovarian reserve.

The point, says Modern Fertility’s cofounder and CEO, Afton Vechery, is to enable women to learn more about their bodies without having to shell out $1,500 to gain access to a similar picture by turning to a reproductive endocrinologist, of which there are relatively few.  According to the Centers for Disease Control and Prevention, there are roughly 500 infertility clinics in the U.S., and 2,000 reproductive endocrinologists.

It’s a compelling pitch, especially given that women are putting off children longer for a variety of reasons, including to secure their financial future. In 2017, for the first time, U.S. women in their early 30s eclipsed younger moms to become the group with the highest birth rate, according to CDC data.

But there is room for pushback. The reality is that AMH and other tests can be conducted elsewhere, including by competing startups, for roughly the same cost that Modern Fertility is charging its customers. (Its kits originally sold from its website for $199; today, they sell for $159.)

Fertility testing is also generally is covered by health insurance plans because fertility problems can be linked to or caused by other health problems like endometriosis. (Not covered, typically: actual infertility treatments.)

A far bigger concern to some doctors is the unnecessary alarm that AMH screening may create for women who haven’t been diagnosed with infertility and who are less than 35 years old.

As Zev Rosenwaks, director of the Center for Reproductive Medicine at Weill Cornell Medicine and NewYork-Presbyterian, told the New York Times a couple of years ago, “All it takes is one egg each cycle . . . AMH is not a marker of whether you can or cannot become pregnant.”

Esther Eisenberg, the program director of the Reproductive Medicine and Infertility Program at the National Institutes of Health, has also said that AMH doesn’t dictate a woman’s reproductive potential. In fact, the NIH funded research in 2017 that found a “non-statistical difference” between low and normal AMH levels in a time-to-pregnancy study of women who were between the 30 to 44 years and who did not have a history of infertility.

Asked about such findings, Vechery, who was most recently a former product manager at the genetic testing company 23andMe, is clearly aware of them. She readily acknowledges that AMH is “not an indicator of your ability to get pregnant right now in this moment,” adding that “it has so many other helpful benefits in thinking about your reproductive health in a much broader sense.”

Vechery also notes the company’s team of PhDs. She points to a clinical study that was published in The Green Journal (the official publication from The American College of Obstetricians and Gynecologists). She also speaks of Modern Fertility’s medical advisory board, which includes dedicated five medical doctors, including reproductive endocrinologists Nataki Douglas, a former associate professor at Columbia University Medical Center, and Scott Nelson, a professor at the University of Glasgow.

All are important pieces to building Modern Fertility, but it’s nevertheless worth mentioning that the company employs just two full-time PhDs currently.

As for the study, which Modern Fertility sponsored, it doesn’t actually prove anything about the power of AMH testing, though it does underscore that AMH, along with the seven other hormones the company measures on behalf of its customers, can be tested just as effectively with “fingerstick sampling” as a traditional blood draw.

The teacher becomes the student . . .

Those curious about Modern Fertility — often younger women eager to get a jump on any later reproductive issues they may face — may well decide that information about their hormone levels is enough to part with the cost of a kit, the results of which are reviewed by a physician and that comes with a one-on-one phone consultation with a nurse.

Interestingly, when they do, they’ll increasingly be asked to opt-in to questions about their health, lifestyles, and more. They may be asked repeatedly, too, as the company recommends that customers re-take the test yearly to track their hormones over time. Indeed, because so many of Modern Fertility’s customers do not have fertility issues, the company hopes to aggregate as much pertinent information from them as possible in order to complement the vast amounts of research that has been conducted on infertility.

“The fertility space needs to catch up, and a huge part of what we’re focused on is moving fertility science forward,” says Vechery. “So much research is primarily done on these women who are having issues; Modern Fertility is interested in flipping that around.”

It’s a strange state of affairs, but we’ve talked with several customers of the company in the past, and one can imagine them supporting it however they can, thanks in part to the sense of community that Modern Fertility has also been fostering. Among other things, for example, the company hosts get-togethers for customers in San Francisco so they can share their thoughts, their fears, and, presumably, their results.

As for whether Modern Fertility is also interested in selling that anonymized data as has happened at genetic testing outfits like Ancestry and Vechery’s former employer, 23andMe, Vechery insists that it will not, that the information will instead be used to inform the company’s product development.

Fertility startups have generally been on a fundraising tear, and little wonder. According to one estimate, the  global fertility services market is expected to exceed $21 billion by 2020. In fact, while venture capital has poured into everything from period-tracking apps to sperm storage startups, Modern Fertility has its own direct competitors, excluding obstetricians. Among these is KindBody, a New York-based startup that raised $15 million two months ago, and three-year-old, Austin-based Everlywell, which has garnered $55 million from VCs so far.

Notably, Modern Fertility represents Forerunner’s first foray into the so-called femtech space. Asked about Green’s involvement, Vechery notes she was particularly “excited about the community,” which Phil Barnes of First Round Capital, has also cited as the reason he wrote Modern Fertility an early check.

Ultimately, though, says Vechery, “Our business model is information, and I think for Kirsten, seeing what that trusted brand could do in women’s health and the conversations it could spark” was what she found most compelling about the company.

We understand why. We also can’t help but wonder if those conversations will drive some women to see — unnecessarily — the very specialists that Modern Fertility wants to free them of visiting.

Modern Fertility has now raised $22 million to date. Among its other backers are Maveron and Union Square Ventures as investors.