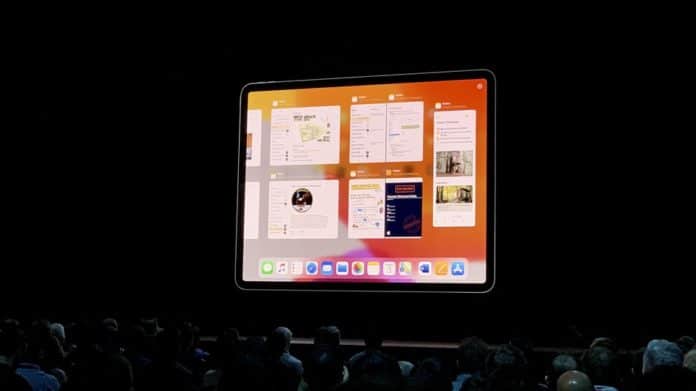 Apple announced a mountain of new software updates during its two-hour WWDC keynote on Monday.

Highlights included dark mode for iOS 13, a “Sign in with Apple” feature that’s clearly shade at Facebook and Google, an App Store and menstrual cycle tracking for Apple Watches, and the death of iTunes. Oh, and of course, the ridiculously powerful and pricey new “cheese grater” Mac Pro.

There’s enough shiny new stuff to satisfy any Apple geek, but the one announcement that’s got me the most excited is iPadOS, which will make the iPad more computer-like than before so that I can actually get “real” work done on it.

It’s become something of a running joke that the iPad is not a real computer. It’s an iPad, so it’s great for watching videos, playing games, and reading, but for work? Ehhh…

iPadOS feels like a big step forward for the iPad.

Apple’s been trying to change the iPad’s narrative for years. iOS 9 gave iPads Split View to run two apps next to each other. iOS 11 added more multi-app features with the ability to open an app window on top of another using Slide Over, a macOS-like dock, drag-and-drop, and a Files app. iOS 12 sprinkled in a few more iPad apps like Apple News, Stocks and Voice Memos, but that was it.

iPadOS, however, feels like a big step forward for the iPad. No, iPadOS isn’t a completely new reimagining of the iPad’s software — it’s still iOS — but Apple’s tweaked it in many ways to make it more capable as a productivity machine.

It starts on the home screen. In addition to displaying more apps on the main home screen (you get a 5 x 6 grid instead of 4 x 5), you can also add the “Today View” and panel of widgets to the left side. Two widgets can be pinned to remain in view and the rest of them are just a swipe up.

Putting the widgets panel on the home screen makes iPadOS feel a bit like Android, but that’s alright with me because a core pillar of productivity is speed. Being able to see important information at a glance is super important. Time is money, after all. 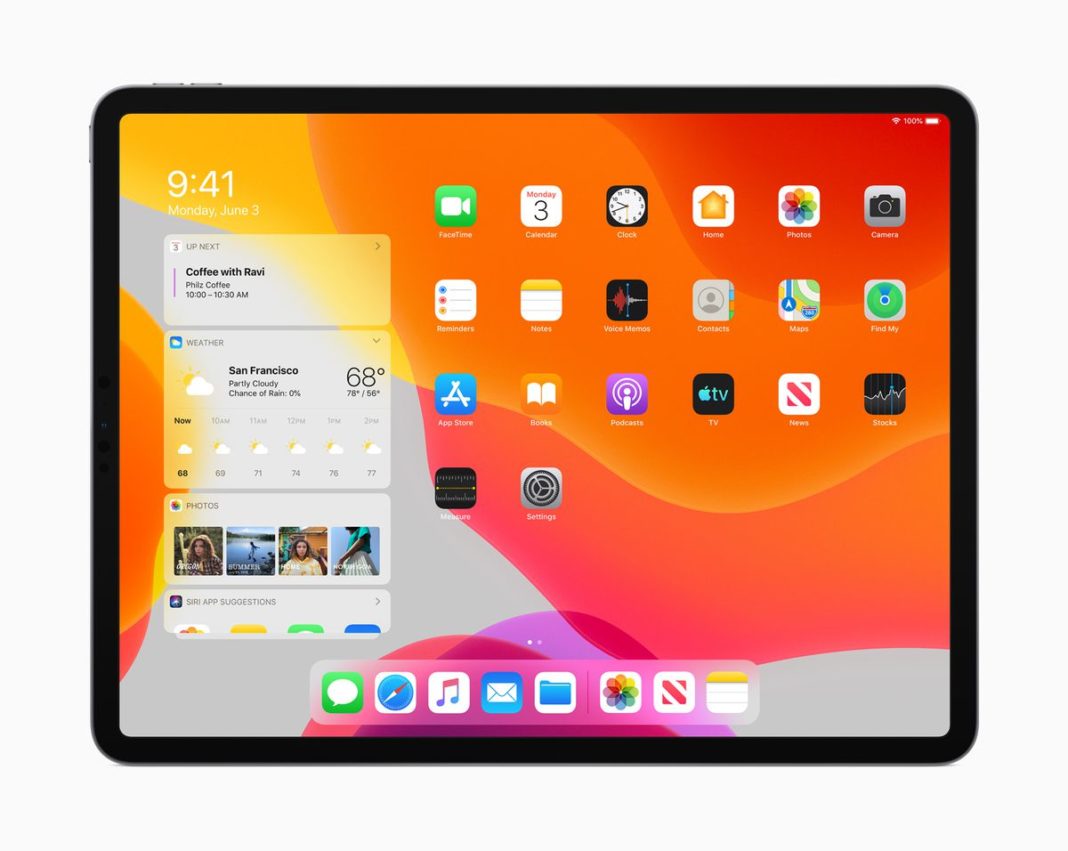 Another major productivity boost on iPadOS: multi-window support for the same app. iPadOS doesn’t add the resizable app windows you’re used to on Mac or Windows, but at least you can do things like open two Notes apps in Split View, have another Notes app open in Slide Over, and have another Note app open in full screen. An Exposé view in the multitasker shows all instances of any app.

I know it may not sound like anything groundbreaking, but as somebody who writes for a living and needs to have access multiple notes at once, the ability to open multiple instances of the same app is very useful.

I can’t overstate how practical it is to be able to open two websites side-by-side in Safari or two Microsoft Word documents. 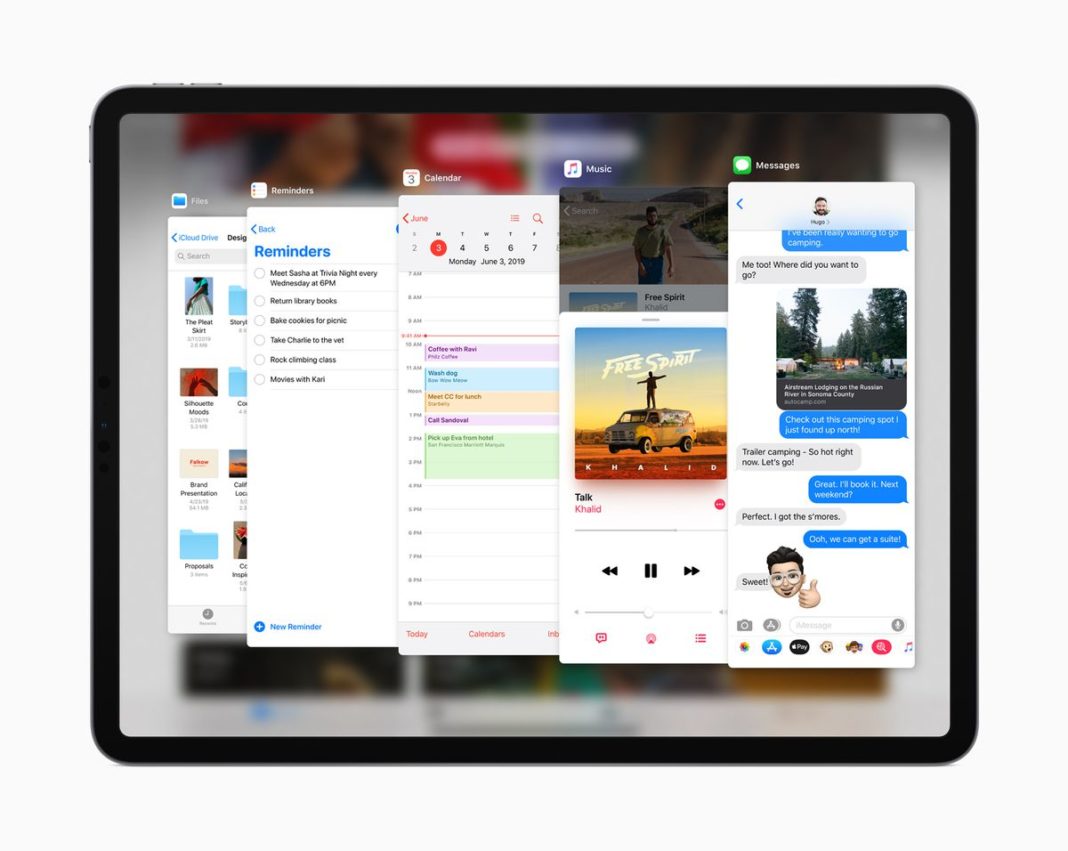 Slide Over now lets you cycle between all previously opened apps.

Furthermore, if you have an app open in Slide Over view, there’s an additional gesture bar at the bottom that lets you cycle between all previous apps you opened in Slide Over. You can think of the new juiced-up Slide Over as being like an iPhone X that hovers on top of other apps.

Then, there’s desktop Safari. While I mostly don’t have serious beef with viewing websites in a tablet-optimized view, every once I’m disappointed with how limiting tablet-view can be. For example, tablet view doesn’t do some of our bigger reviews for products like the iPad mini (2019) and OnePlus 7 Pro justice; many of the full-width photos are cropped on tablets.

And there’s tons more easily-missable features spread all throughout iPad OS that’ll delight people like yours truly who’ve bumped up against a wall trying to make the iPad work as a laptop replacement.

There’s a revamped Files app with a column view that’s more reminiscent of Finder on the Mac. You can now see all the meta data for any file and quickly access markup tools to do things like rotate a photo or convert documents into a PDF. You can unzip and zip files. 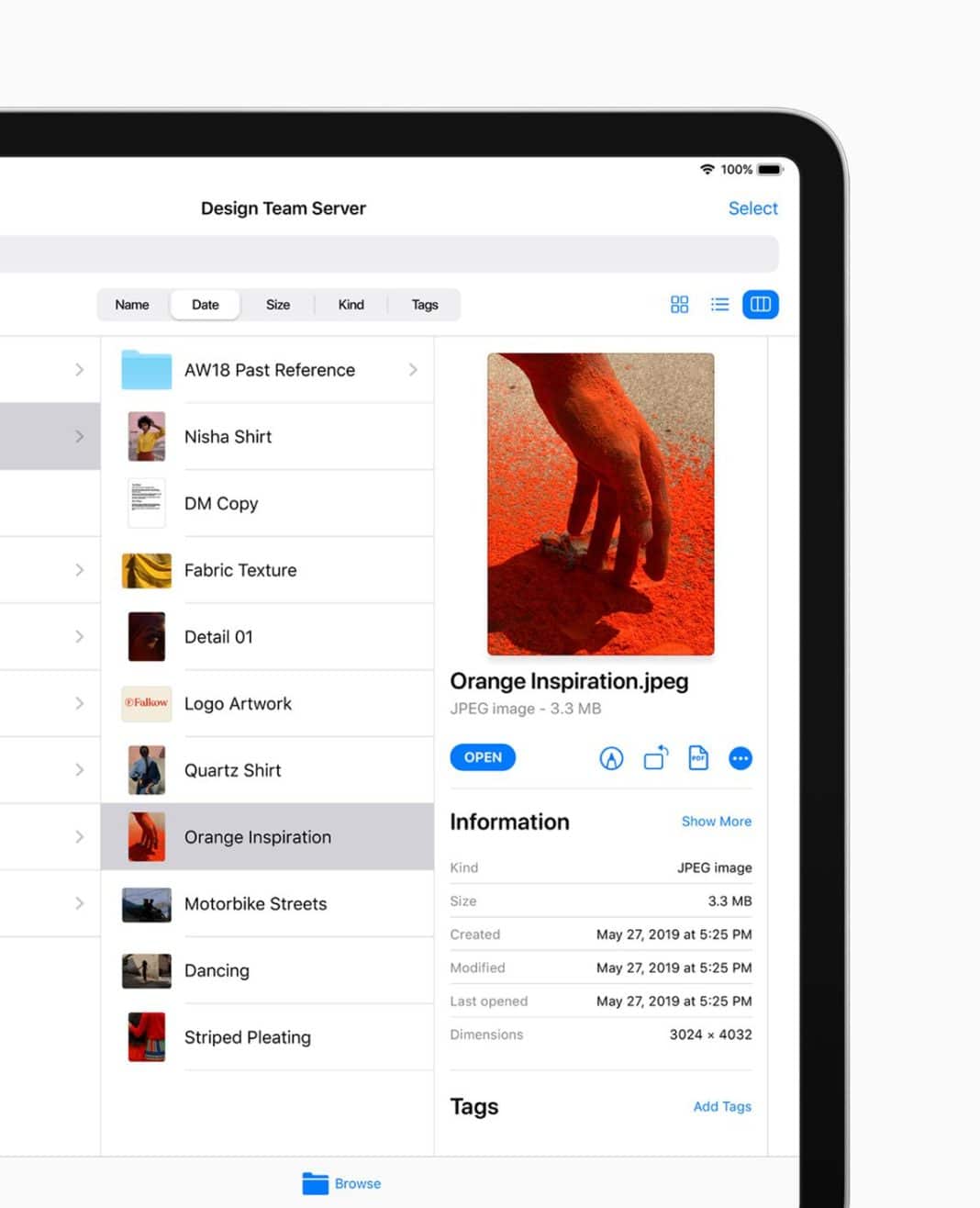 The new Files app has column view and shows meta data for files.

You can press and hold onto an app’s scroll bar and swipe up and down really quickly. There’s new gestures to cut, copy, and paste text. You no longer need to shake the iPad to undo something — just use a three-finger swipe left. Selecting text is no longer a clumsy affair where you need to long press to bring up a magnifying glass; on iPadOS you simply tap where you want the cursor to go and slide to quickly select.

Wait, there’s more! The full-size keyboard shrinks into an iPhone-sized one with a pinch gesture so you can use the new swipe-based “QuickPath” feature to input text. Safari’s got a download manager!

There’s over 30 new keyboard shortcuts and support for USB-C drives and SD cards (via an adapter! Safari lets you upload file. iPadOS even has mouse support (it’s in Accessibility), but it’s there!

The list of new iPadOS features that makes iPads more work-ready goes on and on and I’d be here all day waxing poetic about all of the tiny features so I’ll stop right now.

My goto work machine is a 2015 12-inch MacBook because macOS is built for work, but I’ve been wanting to switch to an 12.9-inch iPad Pro since last fall because it’s so much better at things like gaming, videos, and reading. An iPad also gets way better battery life.

As it stands with iOS, most iPad owners need to bend over backwards to find workarounds or new workflows to do things that they can do with ease on a MacBook. With iPadOS, I think — I’ll have to really test this out when it’s released in the fall — I might finally be able to complete all my work on an iPad without relearning a million new ways to do it. 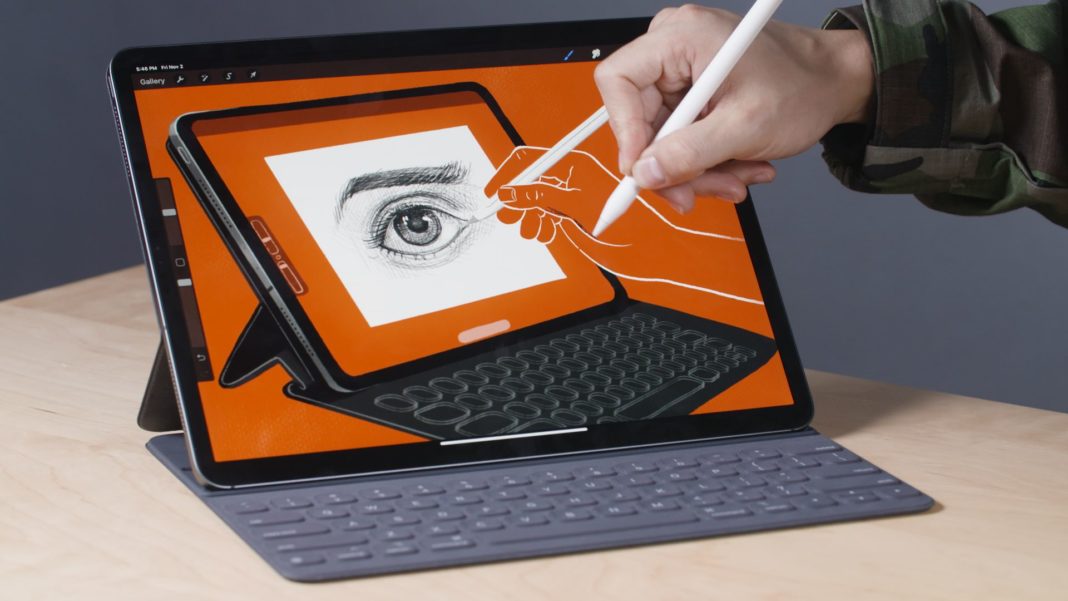