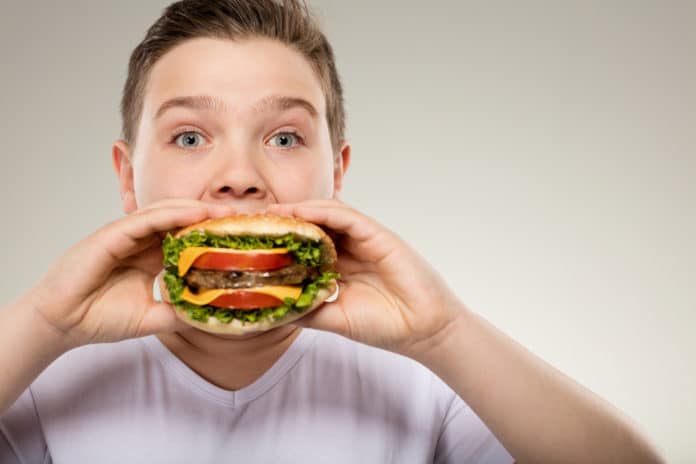 Eating is one of the great pleasures of living. And knowing when to stop, a wonderful virtue. For some people, the decision to stop doesn’t come easy. And can we blame them? Eating is awesome! But there comes a point where never feeling full turns into a problem — a heavy problem.

There are many health risks associated with overeating. From increased risk of heart disease to diabetes, cancer and a myriad of other diseases, overeating is simply not a good option. But breaking the habit could take more than just willpower, as a number of studies have shown that consistent indulgence will actually change how our brains respond to food over time.

Now, in a new paper, scientists zoom in on one of the specific ways overeating alters our brain, with the hope that it could lead to new ways of helping us to curb our epicurean impulses.

Garret Stuber, a neuroscientist now at the University of Washington, focused on the lateral hypothalamic area (LHA) of the brain, a region critical for controlling feeding behaviors. He is the senior author of a new investigation published today in the journal Science that highlights a group of cells potentially responsible for overeating.

Stuber fed mice a high-fat diet until they became obese and then evaluated the activity of genes expressed by cells in the LHA. He compared the results with those of lean mice that received a control diet. The results were mouth-opening: “Almost every cell type is impacted [by obesity] in some way or another,” he says.

Of particular interest to him was a specific class of brain cells called glutamatergic neurons. These cells were the most dramatically changed in the fat mice, based on their gene activity. Coincidentally, they are also known suppressors of food intake.

Peeking Inside the Brain

The observation hinted that our brain’s natural eating inhibitors might lose their sway over time as we overindulge. To test this idea, Stuber’s team inserted a minuscule lens — about a half-millimeter in diameter — in the head of mice to serve as a window through which they could look at the brain of living animals. They then used a genetically-modified protein designed to glow only in the cells of interest to watch their brain activity.

The mind-blowing technique allowed Stuber to follow the activity of individual glutamatergic neurons for 12 weeks while the mice were fed a high-fat diet. As the mice turned obese, researchers say the cells progressively lost their capacity to pass along signals. “These cells are normally functioning as sort of a brake on feeding,” Stuber says. “But in this model of obesity, the activity of the cells is reduced, and this may contribute to the subsequent [increase in] food intake.”

The World Health Organization considers obesity a global epidemic. In the US, four out of every ten people are obese. And while the trend continues to rise, controlling obesity has proven to be a challenging task.

Stuber’s findings add to a body of research on the role of the brain in obesity. He is hopeful his study will lead to new ways of treating obesity. “The dataset is very valuable because there are potentially many genetic and therapeutic targets that can be identified in a cell-type or circuit-specific fashion,” he says.

Stephanie Borgland, a neuroscientist at the Hotchkiss Brain Institute in Canada not involved in the research, considers Stuber’s work “a really elegant study.” It’s also likely, she says, that the results will carry over to humans. “Because we’re looking at a fairly conserved structure, it wouldn’t surprise me that the same cells are activated [in humans],” she says. She is excited about the new avenues of research the study opens for the field of neuroscience and obesity.