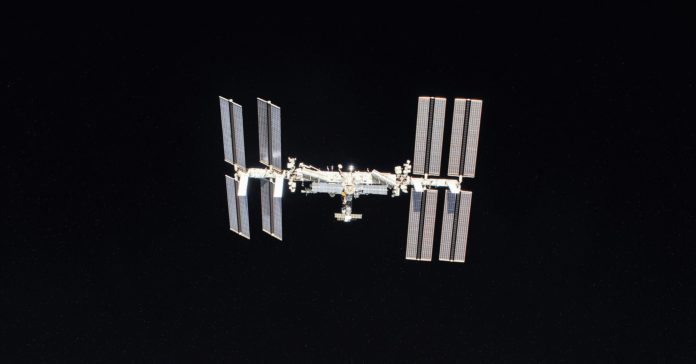 So you have $52 million burning a hole in your pocket and just can’t decide what to do with it. Buy a private island? Too cliché. A new McLaren? You have enough of those. Pay off college administrators? Your kids have already graduated. But have you considered a stay at the International Space Station, the world’s premiere space hotel?

This is the proposal put forth last week by billionaire hotelier Robert Bigelow, whose company, Bigelow Space Operations, says it will send up to 16 private astronauts to the ISS in the coming years. Bigelow says $52 million will buy you a seat on a SpaceX rocket and a one- to two-month stay in orbit. This depends, of course, on SpaceX getting its commercial crew operations off the ground, which it expects to do by 2020. There aren’t many further details about Bigelow’s plans, but since 2018 he’s put down “substantial sums” to reserve four future SpaceX flights specifically for orbital tourism. (Bigelow has also promised space hotels by 2021, a timeline that is optimistic at best.)

A trip to space is definitely a luxury, but life in orbit? Anything but. In fact, when NASA astronaut Peggy Whitson, who has spent more time in space than any other American, returned from her last trip to the ISS and was asked to describe her experience, she said, “I would call it a camping trip.” Camping … in space? If that sounds like a good time, here’s what the ultra-rich can expect during their stay at the space station.

The ISS is the largest object ever put into space, but by terrestrial standards it’s still pretty cramped. The station has a pressurized volume of only 32,333 cubic feet, which is about the same as a Boeing 747. But only a third of that is habitable. Unlike a private jet, this space will be shared 24/7 by up to 10 people—six government astronauts and four private astronauts. Sounds like a recipe for cabin fever, but if Scott Kelly could spend a full year on the station, what’s one or two months?

Sleeping accommodations on the ISS are cozy. Each astronaut gets their own sleeping pod, which is just big enough to fit a person and a laptop mounted on the opposite wall. Tourists on the ISS don’t need to worry about bringing a pillow or blanket, either. Pillows are superfluous in space, and their blanket will be a sleeping bag strapped to the wall. Sweet dreams!

The ISS has a kitchen, but if tourists are expecting farm-to-table fare they’ll be very disappointed. An astronaut’s diet involves a lot of rehydrated power foods, but comfort foods like brownies and peanut butter and jelly sandwiches are also available. Hopefully the tourists like tortillas, because there will be a lot of them.

Nothing goes better with endless burritos than a little tequila, but the ISS is drier than an AA meeting. NASA tried to get some booze into orbit back in the ’70s, but the negative public reaction over sending sherry to the Skylab space station quickly killed the plan.

As for the bathroom situation, well, its slightly better than digging a latrine on a camping trip, but not by much. To urinate, astronauts pee into a vacuum funnel in a high-tech porta potty. Defecating is pretty much the same, but more perilous. Astronauts need to make sure their excrement hits a roughly dish-sized hole, which suctions it into a plastic bag. This is a good incentive for ISS tourists to make sure they’re eating enough fiber, because if the toilet gets backed up or too full, well, let’s just put it this way: In space, everything floats, and someone’s got to wrangle it.

The ISS isn’t just a poop rodeo, however. During a tourist’s month in space, there will be plenty of time for leisure. They’ll be able to drift around the cupola, taking in a view of Earth that only a few hundred people in history have ever enjoyed. They’ll be able to float through the station catching M&Ms in zero g, pump some iron in the ISS gym, or maybe make a few funny videos to send home to friends. Data will cost $50 per gigabyte, but if you’ve already paid $52 million to get there, what’s a few grand more to tweet from orbit?

This is all a good way to spend a day or two, but how to spend the rest of the month? The astronauts surely have some good stories, but they won’t be around to shoot the breeze. NASA plans their days down to the minute, and most of the time they’ll be doing science experiments or station maintenance. How about a spacewalk? This is, at best, unlikely. The suits used for extravehicular activities are basically personal spacecraft and cost over $10 million dollars each. Aside from that, hanging out in the vacuum of space is dangerous business. Astronauts have nearly drowned and run out of oxygen in their suits, so it’s probably best left to those who have spent their whole careers training for it.

If that still sounds like a good way to spend a month, Bigelow is taking reservations. It’d probably be a good idea to inquire about the refund policy, however. When space tourism on the ISS was first getting started in the early 2000s, only seven tourists managed to catch a ride on a Russian Soyuz rocket before the tourist program was put on hiatus. One would-be Japanese astronaut sued the space tourism company Space Adventures to recoup a $21 million down payment on a flight that never happened due to medical reasons. More recently, nearly 300 people lost the majority of their $100,000 down payment to fly to space with Xcor Aerospace when the company went bankrupt. Caveat emptor!

GizmoCrazed - May 27, 2012 0
Gold-plated cars not enough to fill your taste for extra-luxurious cars? Well, you are in luck, as Gemballa has introduced a new automotive finish to...

'Mortal Engines' Trailer: The Physics of Those Giant Driving Cities

This Is What Happens When You Flush A Toilet in Burj...