While mirrorless cameras accelerate into the future, medium format models are hearkening unto the past — and Hasselblad is chief among them. Its new digital back fits lenses going back to the ’50s, and the tiny 907X camera body is about as lovely a throwback as one can imagine.

The new set of systems, announced today, are somewhat different from what most people are used to. Most interchangeable-lens systems, like Canon and Nikon’s DSLRs and Olympus and Fujifilm’s mirrorless cameras, generally have two parts: a lens and a body, in the latter of which is found the image sensor.

Hasselblad does make cameras like that, and in fact introduced a dandy-looking new one today, the X1D II 50C (just try to keep track of these names). But the more interesting item by far to me is the CFV II digital back and 907X camera body.

Unlike a traditional DSLR, digital backs are essentially just giant sensors; they fit where the medium format film would have gone and collect light in its place. But they also need a camera unit to do the heavy lifting of parsing all those pixels — about 50 million of them in this case.

What’s nice about this is that you can attach a modern back and camera unit to a lens decades old — you could also attach a modern one, but why? Part of the fun of medium format is using equipment from the distant past, and shooting in some ways the same way someone might have shot a century ago.

The system Hasselblad introduced today is one of the most compact you’ll find, packing all the processing power needed into an enclosure that’s hardly bigger than the lens itself. On the back of it is a high-resolution touchscreen that flips out to 45 and 90 degree angles, letting you shoot top-down or from an angle, like the old days. 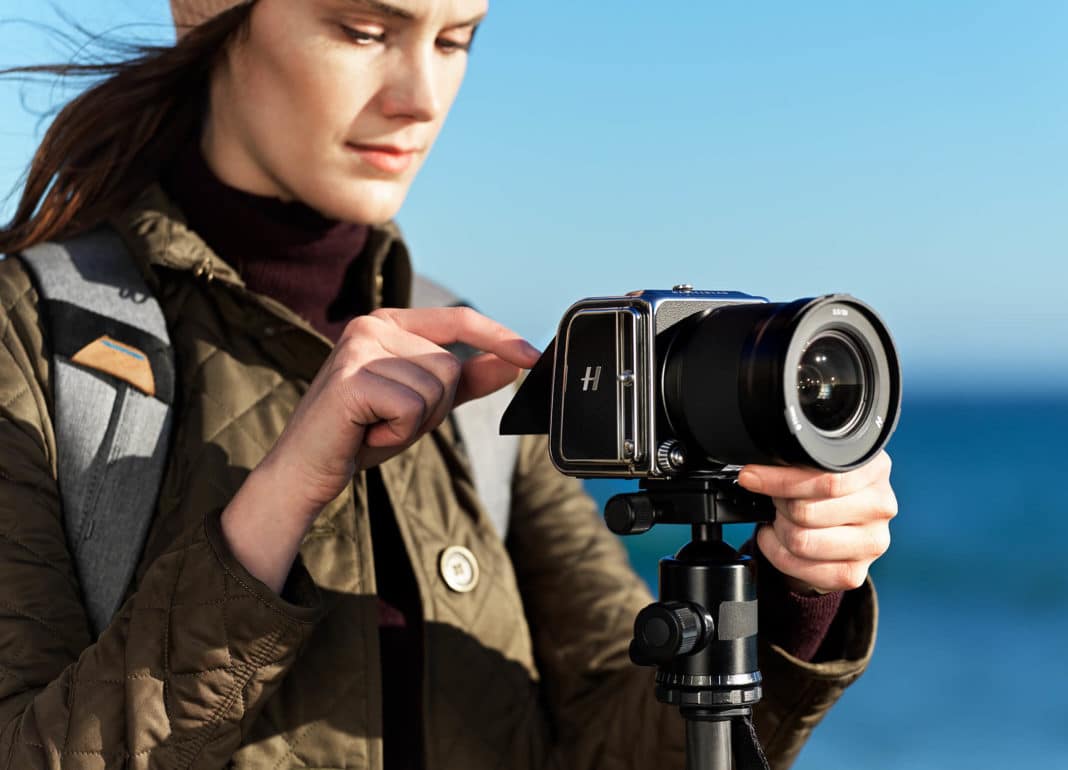 It may seem a mere nostalgia bid, but it’s an interesting way to shoot and is more focused on careful composition than spontaneous captures. And brother, is it handsome, as you can see above. (The top picture shows the camera rotated so you can see the screen — normally it would face away from the lens.)

I probably will never own one, but I’m satisfied to know that there is a shooting experience out there that emulates the old medium format style so closely, and not just superficially. It’s a lovely piece of hardware and if Hasselblad’s record is any indication, it’ll take lovely photos.