Is that a panda in your living room?

Yes, yes it is. Google mobile search for different animals on smartphones now brings up the option to view them as augmented reality images that you can place into your surroundings, whether that’s your backyard, on the couch next to your brother watching TV, or in the middle of the kitchen.

According to 9to5Google, as of this week, searches for lions, tigers, bears, alpine goats, timberwolves, European hedgehogs, angler fish, emperor penguins, and giant pandas bring up a 3D image within search that can then be “transported” into your reality through an AR filter. Searches in Chrome or the Google app bring up a 3D card on the screen.

We tried it out on a Pixel XL and lo and behold the animals materialized before us (it worked in both the Chrome app and the Google app). The AR animals also appeared on an iPhone XS Max through the Chrome app. 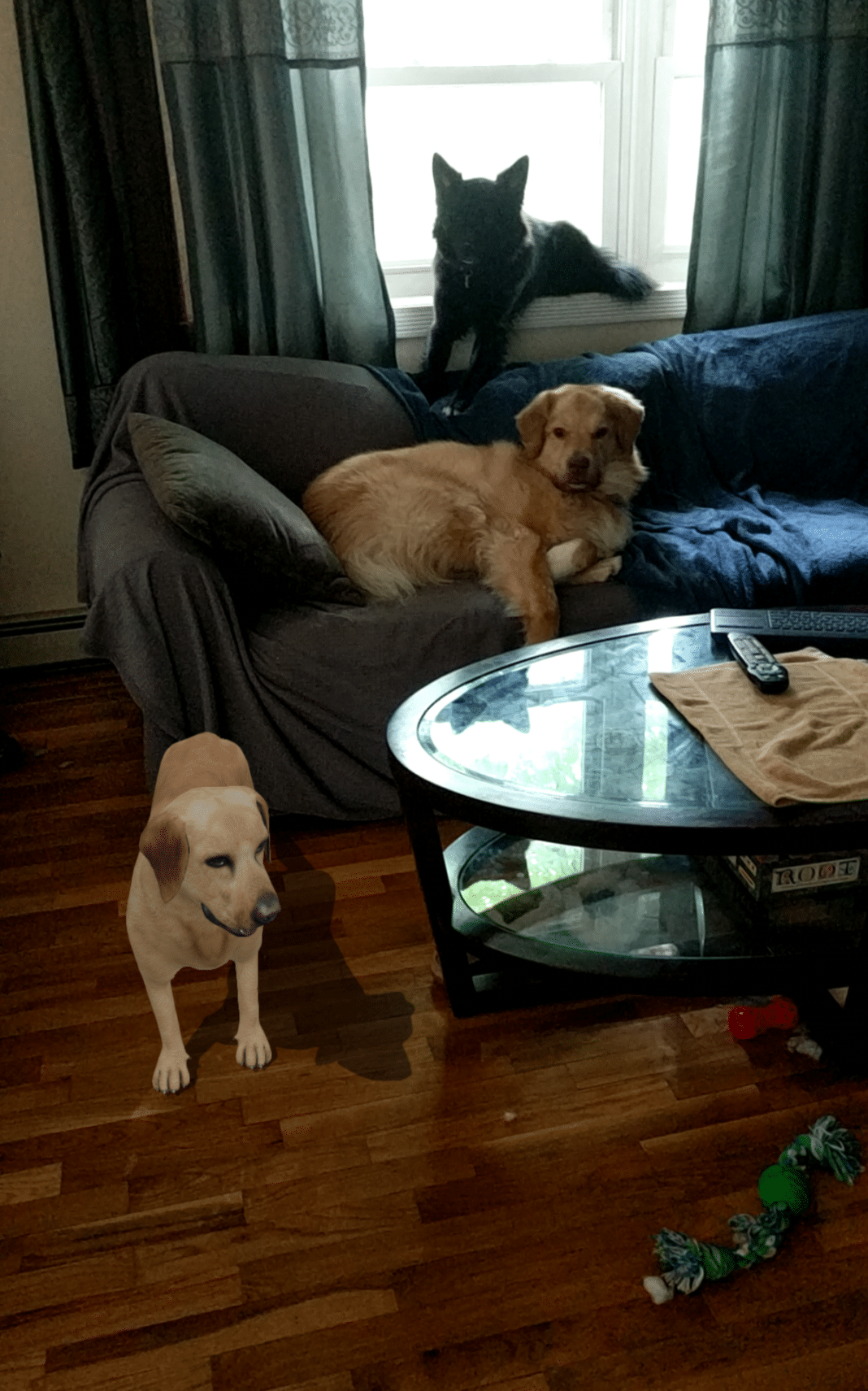 Which dog is AR? 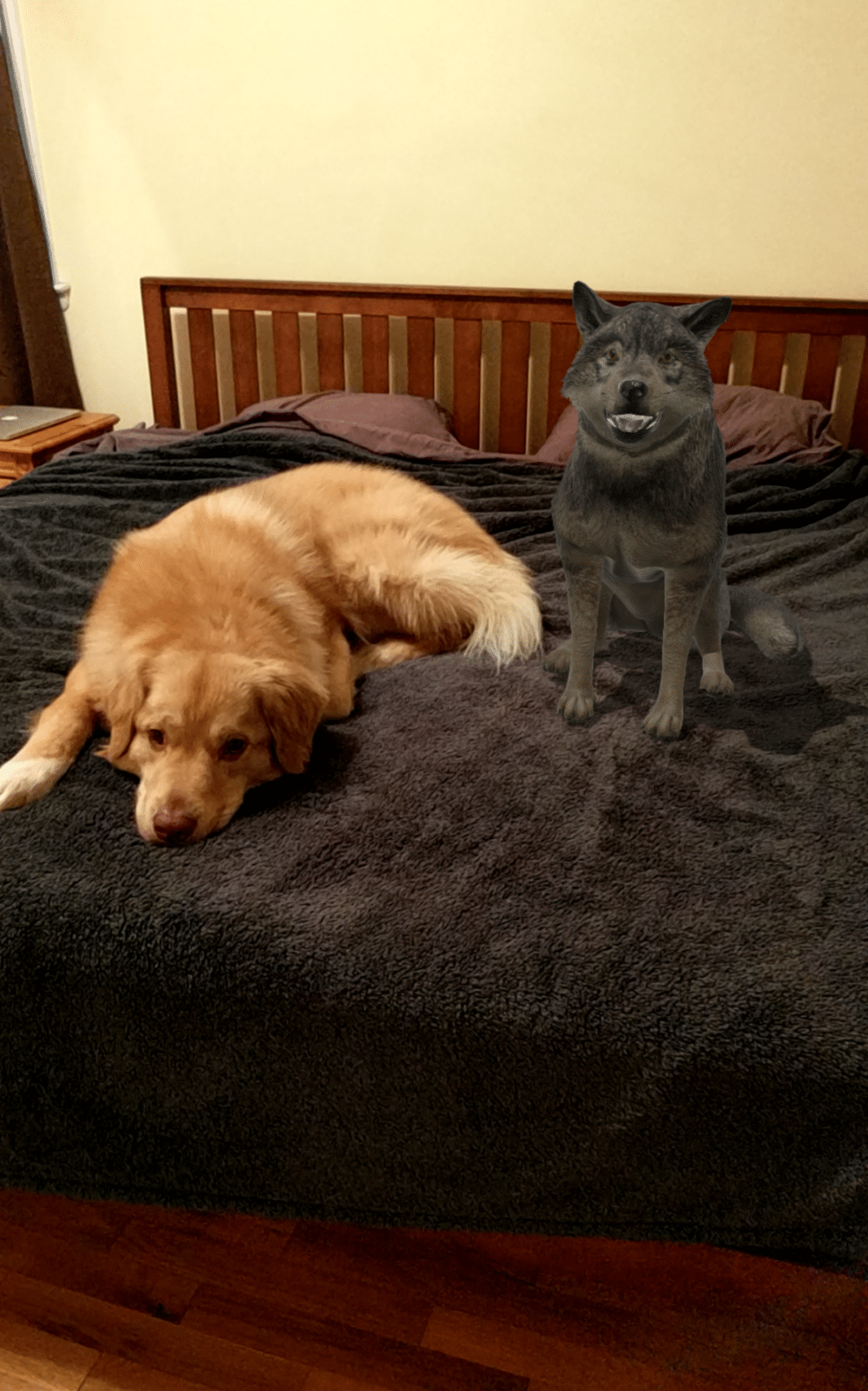 AR or real — you decide.

Google had teased its augmented reality features at the Google I/O developer conference last month and now it’s here in some capacity. On Google’s Twitter page Friday a series of tweets showed what it’s like to search for a panda, Rottweiler, and tiger and have an immersive experience.

In May, AR walking directions went live in the Google Maps app on Pixel phones, but that was just arrows and other shapes appearing in front of you — not wild animals and cute pooches. Google searching just got real, almost too real. 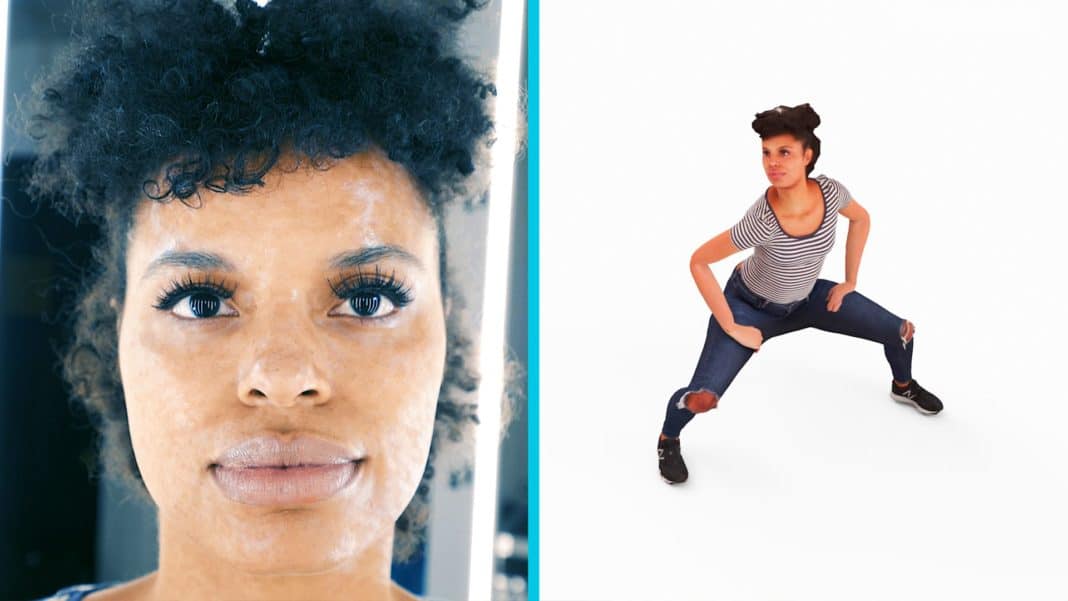 The Creepy-Cute Robot that Picks Peppers With its Face