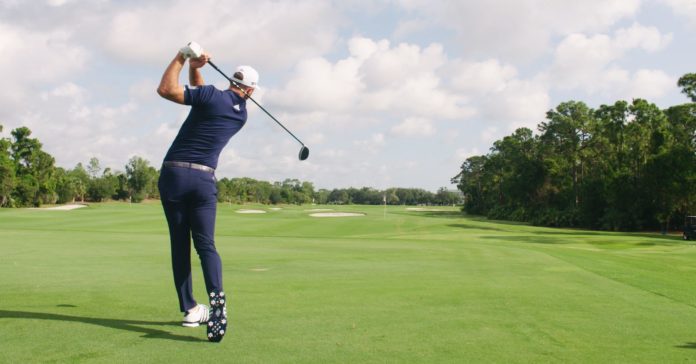 It seems like the kind of statistic that number-crunching sports fans would agree upon, yet there exists surprisingly little consensus on the distance of the longest drive ever measured in the game of golf.

Some say the record belongs to Mike Austin. In 1974, the renowned power hitter drove a ball 515 yards during the US National Seniors Open championship in Las Vegas.

Others claim the title belongs to Carl Cooper. In 1992, on the third hole of the Texas Open, his tee shot ricocheted off a paved path and wound up traveling 787 yards before rolling to a stop.

And according to Professional Golfers Association records, Davis Love III’s 476-yard drive at 2004’s Sentry Tournament of Champions is the longest official drive on the books. (As for the longest drive ever measured on Tour? That would be a 489-yard drive by Dustin Johnson, a shot he made at last year’s WGC-Dell Match Play, an event for which the PGA does not officially log statistics.)

The causes for confusion and stipulation are many. (Was the drive made during a competition? On the PGA Tour? In match play or stroke play? How was it recorded?) But ultimately, “longest drive ever” is kind of a throwaway statistic. History’s farthest-flying tee shots are almost always flukes; they tend to say more about the fickle nature of luck than a player’s prowess with a driver. For a true sense of someone’s range, you really have to look at something called carry distance: how far the ball travels through the air before making contact with a surface the same elevation as the tee box.

“I can carry it up to about 330 in the air,” says Johnson, who is one of the highest-ranking players on the PGA tour and among its hardest hitters, no matter how you measure it. That’s on a good day; in 2018, Johnson’s longest carry was actually 337.9 yards, but his average was 301.

Drives with carry distances of more than 330 yards are rare. Still, every season, a handful of tour players manage to pull one off. Significantly scarcer are carries of more than 340 yards, or even 350. According to the PGA’s stats page, no player has broken 360 yards. The last person to come close was JB Holmes, who managed in 2008 to hammer a ball 356.9 yards through the air. (Take the Eiffel Tower, turn it on its side, and measure it from base to tip. That’s how far Holmes’ ball flew.)

Numbers like these matter to more than just stat-hungry analysts; they could have implications for the future of golf. The average distance of PGA drives has been rising steadily for years, buoyed by improvements in training and equipment. In 2008, the year he had his brush with 360 yards, Holmes was one of just seven golfers on Tour with an average carry distance of 290 yards or better. A decade later, there were 28 players driving that far, with the top 10 all averaging 295.6 yards or better.

Drive distances have increased so dramatically that many experts think they’re rendering modern golf courses obsolete. When players can drive the ball over obstacles, it removes elements of strategy from the game. Lengthening a hole by pushing the tee box back can help, but also compromises a hole’s original design. Even Tiger Woods has thoughts on the matter. “I just think it’s going too far, because we’re having to build golf courses, if they want to have a championship venue, they’ve got to be 7,400 to 7,800 yards long,” he said in an interview with UConn women’s basketball coach Geno Auriemma in 2017. Tiger’s proposed solution: “We need to do something about the golf ball.”

Nerfing the ball would probably work. Around the turn of the millennium, professional players began to favor balls made of concentric layers of plastic and rubber over older models, which manufacturers typically made by winding rubber bands around a solid or liquid core. “What’s happened with solid constructions is the golf ball spins less off the driver, which over the years has given the player the ability to further increase launch angle, and that launch angle coupled with lower spin is going to give players more distance,” says Eric Loper, director of ball research and development at TaylorMade, the golf equipment company. The advent of multilayer balls, he says, has “played a critical role in increasing driver distance over the last 20 years.”

But the ball is only part of the distance equation. The club matters, too—everything from the length of its shaft to the angle of its face can affect a drive’s carry. There’s also a club’s coefficient of restitution, or COR, to consider. In essence, COR tells you how much energy is transferred in a collision between the club and the ball. If you swing two otherwise identical clubs at the exact same speed, the one with the higher COR will hit the ball farther. It’s described as a number between 0 and 1, and current rules state a clubhead’s COR can’t exceed 0.83. Lowering the limit might also reduce golfers’ range.

But even if the USGA cracks down on balls and clubs, there’s no limiting how hard players can hit the ball. In the growing sport of long driving (professional golf’s boisterous cousin), top athletes strike hard enough to carry drives in excess of 400 yards. Long-drive tournaments used to allow equipment that violated PGA rules—but since 2017, players have competed with clubs and balls that, while optimized for distance, are technically USGA-compliant.

Players on the PGA Tour don’t swing the same way professional long drivers do, who often brandish their clubs with such gusto, and at such unusual angles, that it throws them off balance. To ensure the ball goes where they want it to, Tour players rarely, if ever, swing as hard as they can.

And yet, evidence does suggest that PGA players are approaching some kind of limit. While it’s true that the number of golfers carrying drives 290 yards or more has increased markedly in recent years, the average carry distance among the games’ most powerful drivers has been stuck around 305 yards for more than a decade.

The latest episode of Almost Impossible explores all of the above and more, to unpack the physics and physicality behind golf’s farthest-flying drives––and what it will take to carry them farther, still.

Openbook is the latest dream of a digital life beyond Facebook

Dubai Plans to Build Biggest Mall on the Planet

GOP Tax Plan Would Change Who Can Afford to Get a...