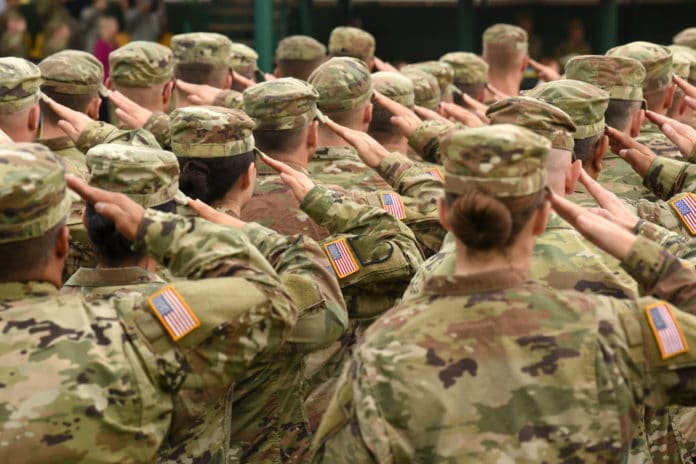 Since 2004, the rate of death by suicide has exceeded that of death by combat injury for American soldiers. A review of more than 100 cases involving the suicide of an active-duty soldier found a significant association between firearm ownership, access and usage patterns and increased risk of suicide.

The study, published today in the open-access, online-only journal JAMA Network Open, conducted psychological autopsies of 135 U.S. soldiers who committed suicide during a 27-month period, while the individuals were on active duty but not deployed.

The review included interviewing the soldiers’ next-of-kin and supervisors about the individuals’ firearm ownership, storage and use. The researchers compared the patterns of behavior with both a control group of soldiers, with similar demographics and assessed risk of suicide, and a second group of soldiers who had self-reported suicidal ideation in the previous year.

According to the research team, individuals who had committed suicide were more likely to have owned firearms and carried them in public. This group also was more likely to store their guns loaded at home.

Although the study identified patterns of behavior associated with a higher risk of suicide, the authors caution the research was limited by the small sample size. Additionally, for some of the psychological autopsies, the team was only able to interview supervisors, who may have had less knowledge than next-of-kin about an individual’s firearm ownership and storage methods.

Still, the researchers say the review is an important step toward a better understanding of factors that put a soldier at increased risk of suicide, and encouraging these individuals to adopt safer patterns of behavior, such as storing their firearm and ammunition separately.

iPhone 4S Is Now The Second Most Popular Camera Phone On...

GizmoCrazed - November 25, 2011 0
Gone are those days when one needed to buy a digital camera for hobby-ing photography, high resolution smartphone cameras are now “in” to go...

People Were Definitely High For the 2017 Solar Eclipse, Study Finds

Now You Can Sequence Your Whole Genome for Just $200