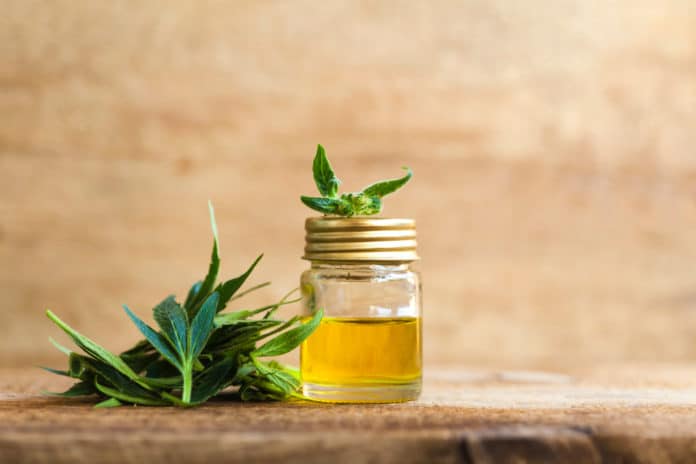 CBD, or cannabidiol, is growing in popularity as a stress-relieving wonder drug that may help ease anxiety, inflammation and pain. Many enthusiasts also say it can cure a smorgasbord of other conditions. CBD is a non-active ingredient in cannabis — it doesn’t get you high. And that’s helped retailers avoid legal problems while plopping the substance into all manner of products.

But does the CBD chemical craze carry any weight? There’s one surprising new way it just might. New research from the University of Queensland shows CBD may actually be an effective fighter against bacterial infections — although researchers don’t think you should disregard the doctor and start self-medicating anytime soon.

The findings were presented this week at ASM Microbe 2019 by Queensland research chemist Mark Blaskovich. His team carried out test tube experiments where cannabidiol effectively squandered strains of Staphylococcus aureus, including MRSA, VISA and VRSA, which cause staph infections and have become increasingly resistant to antibiotics over the years.

However, CBD was not effective on every type of bacteria. S. aureus are Gram positive strains, which, in general, don’t have an outer membrane. And that makes them easier to treat with antibiotics than Gram negative strains. Such bacteria cause infections like E. Coli, Salmonella and Chlamydia, and have an outer membrane that is tougher to penetrate, making it typically more resistant to antibiotics.

But it’s actually not the first time researchers have found a link between CBD and antibiotic properties. A study was published in 1976 exploring the antibiotic effects of CBD and THC, finding that Gram negative strains were resistant to both. But since then, studies on the topic have been few and far between. And these days, well-funded antibiotic research is on the decline.

“There is very little research going on in antibiotics now compared to how it was 30 years ago,” Blaskovich says. With fewer pharmaceutical companies investing in the field, most of the interest comes from academics and independent companies.

Blaskovich’s team is preparing to do another round of trials before moving on to tests in animals, and eventually humans, if all goes well. Then, results permitting, he wants to pursue approval from the FDA to market the drug as a topical antibiotic.

Marijuana has a checkered past in the United States, but with the FDA’s approval of CBD to orally treat a rare form of epilepsy last June, Blaskovich remains optimistic.

“The road to clinical trials (and) getting it approved is probably shorter than normal,” he says. The upcoming studies will also be completed in Australia, where laws about research on cannabis are more lax.

“The results weren’t good enough to say yes … it works,” he says. “We don’t want people to try self-medicating.”