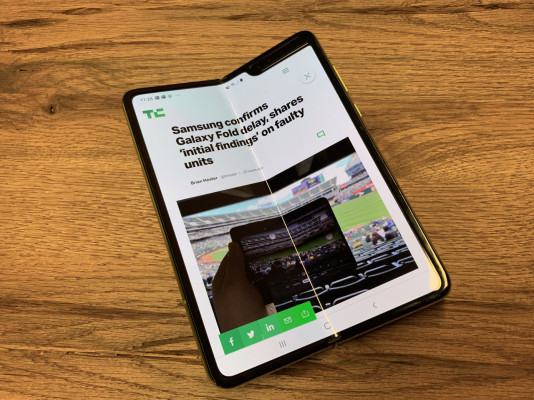 AT&T has cancelled early orders for the Samsung Galaxy Fold.

Tom’s Guide first reported the cancellation, noting that AT&T said the Galaxy Fold would be available again to order as soon as Samsung announces a new launch date. AT&T is offering $100 in credit to those whose orders it has cancelled.

The Samsung Galaxy Fold was originally scheduled to launch on April 26. However, early reviews indicated there were issues with the phone, which Samsung initially said was the fault of reviewers. The company eventually decided to postpone the launch and get back to the drawing board.

Earlier this week, a Samsung rep told Cnet that it would announce timing on the nearly $2,000 phone “in the coming weeks.”

However, AT&T’s move here suggests that it may be a while before the Galaxy Fold resurfaces, if at all.

Samsung itself asked customers who pre-ordered to confirm that they still want the device following the review period. On May 24, Best Buy cancelled all pre-orders of the phone.

The Creepy Crawler Within