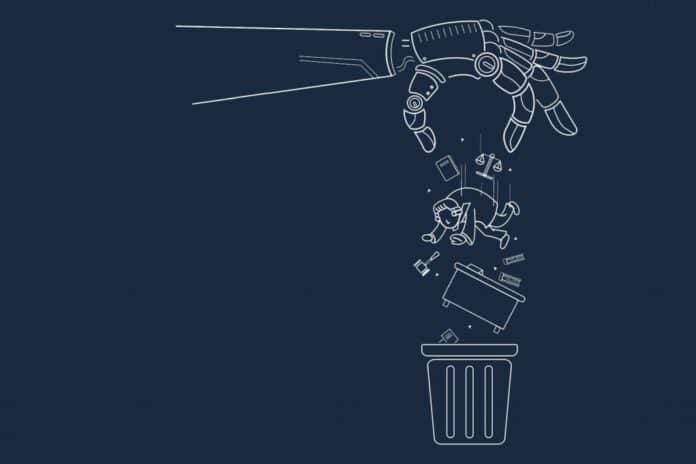 So, you just got a parking ticket. Let’s assume it wasn’t the first. And let’s take that a step further and say that you absolutely, positively, do not want to pay it, or think you should, for that matter.

Or let’s say you’re in a more serious situation – you’re planning to file for divorce. You might not be able to afford an expensive attorney, or maybe you just flat-out don’t know where to start with the legal process.

Thanks to a small but growing crop of law-savvy chatbots, you can now employ an AI-powered guide to help fight your legal battles without even setting foot in a law firm.

The technology could revolutionize the process of getting legal assistance. But the use of these bots falls into a gray area that has challenged experts for decades. Although the bots themselves are relatively new to the industry, the arguments over who – or what – can assist in the legal sphere is far from a new case.

Droids on the Defense

During his undergraduate years at Stanford University, Joshua Browder racked up at least a dozen parking tickets, many of which he fought.

“I was writing the same appeals over and over again,” Browder says. As a programmer, he knew there must be an easier way to fight these charges without having to go through the same process every time.

So, he created an app he called DoNotPay to do the grunt work. The app asks a handful of questions and looks for keywords that help it parse the particulars of your legal quandary. Then it uses that information to help guide you through the tangles of forms and clauses that make up our legal system.

AI-powered chatbots, including DoNotPay, use machine learning algorithms, which can mimic the conversational back-and-forth of a human. The bots are fed relevant data that they draw patterns from. Then, they get positive affirmation for correct decisions to inform future interactions. So, when an algorithm-powered bot is conversing with you, it’s drawing on thousands, or likely millions, of similar exchanges to guide its decisions.

DoNotPay launched in 2018 and is dubbed “the world’s first robot lawyer,” according to its App Store description. “Sue anyone at the press of a button,” it proclaims.

And it doesn’t just deal with parking appeals — the app offers to assist with government paperwork, tackle customer service disputes and even find “hidden money” by cancelling subscriptions and appealing bank fees. Browder plans to expand the app to help users apply for Green Cards and file for divorce as well.

But Browder won’t be the first to bring AI to the realm of divorce law. California lawyer Erin Levine is already doing it.

In addition to being a certified family lawyer at a firm in Emeryville, Levine is the founder and CEO of Hello Divorce, a website that employs AI and chatbot technologies to lead Californians through their legal options in the divorce process.

Nearly 92 percent of Levine’s clients through Hello Divorce navigate the online forms without human assistance, she says. Humans specialists are on call to help with the tough stuff, especially when a client struggles with the emotional aspects of divorce. But for the most part, the bot has proven to be a savvy substitute.

California has the highest estimated cost of divorce in the country, at over $17,000 per case (having kids in the mix would boost your bill to around $26,000). Assuming you make at least the median household income in the state – around $63,000 per year – a divorce would suck approximately one-fourth to one-third of your annual income out of your pocket.

Hello Divorce says its aim is to bring that cost down to $1,500 per case. Plus, having an automated system makes it easier to serve more clients in a larger area.

Levine’s new tech has caused a buzz among lawyers and attracted media coverage. But as an early adopter of AI, Levine says the uncertainties surrounding its reception by the public and broader legal community keep her up at night.

“Law is one of the last industries to be truly disrupted,” she says.

Having software that helps fill out forms is nothing new. You can file taxes electronically and your web browser can autofill stored information when you visit a site frequently. But when AI steps in to help you figure out which forms to fill, things can get messy in the legal world.

What exactly does it mean to practice law? It’s not an easy question. Lawyers have grappled with the definition for decades, and every state has its own variation of the specifics.

In general, the practice of law in the United States also encompasses giving legal advice. Paralegals and non-bar certified workers in law firms can help people fill out paperwork, but they cannot give a client advice on what they should do regarding a case.

So if an AI-automated bot tells you to fill out a certain form or asks you questions to better understand your case, is that considered giving legal advice?

That’s a question for Tom Martin, a lawyer with 20 years experience and founder of the company LawDroid, a technology service that makes chatbots for legal firms and services across the country. He was inspired by Browder’s DoNotPay app to start a chatbot company exclusively for lawyers. And now he helps Levine, among other clients, manage sites like Hello Divorce.

To Tom, chatbots aren’t doing the work entirely on their own – lawyers and law experts are always behind the scenes to create and service these bots. Even with the implementation of machine learning, the basic principles, ideas and ethics of law still require a human mind.

“Machines can’t practice law,” he says. “The practice of law, to me, it requires human judgement.”

Martin sees this tech as a way to make legal services accessible to a wider group of people who may not be able to afford a lawyer in the first place. It’s estimated that the average legal budget is less than $250 per individual in the U.S. With that kind of money, it would be incredibly difficult to hire a lawyer from a traditional firm.

There’s the classic argument that robots are coming to steal jobs – but the adopters who are implementing this tech into their businesses don’t think it will cause a complete robot takeover.

“There’s lots of good lawyers, I don’t think AI will be on the supreme court anytime soon,” Browder says. But he could see it potentially replacing smaller firms, like ones that specialize in injury law.

The legal industry is also gaining the attention of some big-time tech CEOs, like Justin Kan, co-founder of Twitch. Since launching his legal startup, Atrium, in 2017, Kan raised $75 million and 400 clients to kickstart the venture. On Thursday, Atrium announced the launch of its first consumer-facing products, which use machine learning to file and organize legal documents.

For now, Martin and LawDroid will continue to build bots for interested lawyers around the country. But as this tech continues to grow in popularity, Martin says it will inevitably reshape the industry.

“It changes it, and if anything it grows the pie,” he says. “If anything, I think it creates more jobs in the end.”

New types of jobs, that is. If chatbots continue to grow in popularity, there will be a need for workers who have knowledge of more than just the law. But optimists like Martin say we’re just at the beginning of bringing bots to the legal sphere, and legal knowledge to our fingertips.