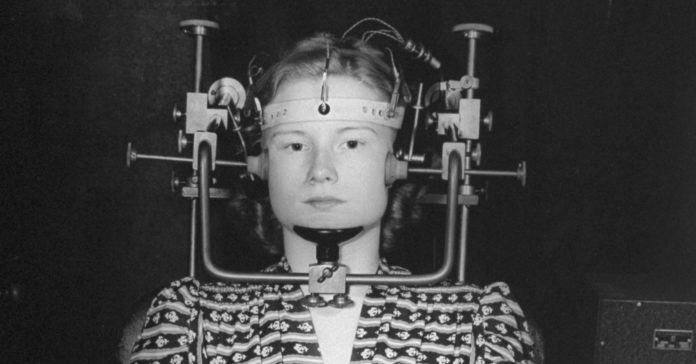 Brain disorders impact more than 25 percent of Americans, and such disorders are projected to cost more than one trillion dollars annually by 2050. In response, the federal government launched the Brain Research Through Advancing Innovative Nanotechnologies (BRAIN) initiative in 2013 to uncover how the human brain works as an electrical machine. This group of researchers has has been tasked with answering the following question: What if mental illness could be treated with electrical engineering?

While the human brain contains nearly 100 billion cells that create and process electricity, human brain augmentation has largely been limited to drugs that target brain chemicals. By discovering how the brain computes, we hope scientists will be able to develop new treatments and bend the projected cost curve of brain disorders.

Over the first half of the BRAIN initiative, scientists and engineers have developed technologies to discover and catalogue the unique electrical properties of brain cells and to begin to reveal how they work together to generate sensations and movements. This knowledge has helped advance new adaptable electrical brain stimulation devices to treat movement disorders. It has spurred non-invasive ultrasonic technology that may soon allow physicians to release medications into specific areas of the brain, ultimately reducing the number of side effects experienced by patients, such as sleepiness and weight gain. Human and preclinical studies have also revealed new electrical codes for how brain cells work together to produce emotions.

The second phase of the BRAIN Initiative launches this summer. This new phase is a forward-facing effort to decode the human brain and to translate that knowledge to treat brain disorders. I am particularly enthusiastic about a proposed project, Circuit Cures, which aims to develop new brain stimulation-based cures for mental illnesses in the next seven years. As a neuroscientist, engineer, and psychiatrist, I believe that this effort has the potential to reduce the psychological suffering I’ve witnessed in grandparents with Alzheimer’s, veterans returning from Afghanistan, and countless others I cared for during my medical training.

Nevertheless, I am aware of the potential dangers posed by such technological health advances. An electrical device intended to treat obsessive compulsive disorder could theoretically also be used to suppress inhibition; if that device were wirelessly controlled, it could even be hacked.

The next generation of brain computer interface technology will have the potential to alter human agency at the speed of electricity. Should the applications for these technologies be limited? For example, is it ethical to create devices that allow people to self-stimulate their brain reward centers and induce happiness? Should children have access to them? What if people become “addicted” to these technologies? Is there a need to develop counter measures to ensure brain security? Who should establish the boundaries around human brain augmentation? Could non-invasive brain technologies become a new tool for governmental control over societies?

The new frontier of human brain augmentation has arrived. Brain electricity, not brain chemicals, are emerging as the prime targets of augmentation technologies. But will we continue to be human beings with agency or will we become computers under remote user control? It is in humanity’s hands to decide how far we will extend the boundaries of our species.