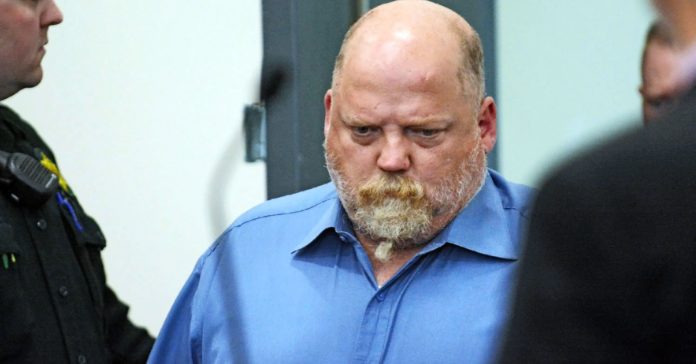 Since the mid-1990s, DNA has been used to identify suspects in nearly 400,000 police investigations. Today, the national criminal database, called CODIS, contains the genetic profiles of more than 13 million people. But now, for the first time, a case is moving forward where DNA was used to single out a suspect not from a match within CODIS, but from clues inside a public repository of spit kit results uploaded by genealogy enthusiasts.

Today, jury selection began in the trial of William Earl Talbott II, who was arrested last year for the 1987 murders of a young Canadian couple after police began surveilling him and matched his DNA from a discarded cup to a sample from the crime scene. The break in the decades-old cold case stemmed from work by a small forensic firm that used a genealogy website to trace unidentified DNA back to a particular branch of a family tree.

The legitimacy of the method, so far untested in a court of law, was expected to be a major flashpoint in the potentially precedent-setting case. Last week, the defense filed motions to make the DNA evidence inadmissible.

But in the latest development, the jury will not hear from the genetic genealogist who worked the case, the company she works for, Parabon Nanolabs, or the lab it contracted to develop its genetic profiles. Instead, a cold-case detective for the Snohomish County Sheriff’s Office who reached out to Parabon will summarize the work they did to identify Talbott as the source of the crime scene DNA. On Tuesday morning, both parties signed an agreement that will allow the DNA evidence to be admissible, on the stipulation that the discussion of genetic genealogy will be limited to Detective Jim Scharf’s testimony explaining how it led him to focus his investigation on Talbott.

“Our position has always been that the genealogy stuff is not relevant,” Talbott’s defense attorney Rachel Forde said in an interview outside the courtroom Tuesday morning. She says they plan to treat it just like any other tip police might get, and focus on arguing that the presence of Mr. Talbott’s DNA on the hem of the pants belonging to one of the victims does not mean he committed either of the murders. “This way we don’t have to deal with all the other shiny bells and whistles. Neither us nor the state wanted this to be a three-week advertisement for a corporation.”

The outcome was not a given. Some legal scholars have suggested that law enforcement’s use of genetic genealogy may violate the Fourth Amendment. That constitutional right safeguards US citizens against warrantless searches and seizures by their government. Typically, courts have held that any expectation of privacy, and the attendant Fourth Amendment protections, evaporates when an individual voluntarily shares material or data with a third party, such as in social media posts or your cell phone’s location services.

But this third-party doctrine gets complicated when applied to DNA spit-kit data files uploaded to a family-finding website like GEDmatch. The biological laws of heredity that dictate how much DNA you share with your relatives make it such that someone like Talbott could be identified by the chunks of genetic material he has in common with his genealogy-curious cousins, even though he never volunteered to put his own DNA in the public square.

Proponents of the forensic method maintain that potential privacy concerns have been adequately addressed by updates to GEDmatch’s terms that explicitly telegraph the database’s use by law enforcement and allow users to opt out. But Talbott was identified as a suspect through GEDmatch before those changes were made. Officials announced his arrest two days prior to the site adjusting its policy on May 20, 2018.

And according to the stipulation agreement filed in court today, Detective Scharf asked Parabon to use genetic genealogy to help identify a possible source of the crime scene DNA on April 26, 2018, a day after authorities in California announced they’d used the technique in the arrest of the suspected Golden State Killer, and before Parabon had officially begun offering genetic genealogy services. A Parabon representative emailed Scharf a few days later, on April 30, with a report that identified Talbott as a potential source.

When WIRED reached out to CeCe Moore, Parabon’s lead genetic genealogist who worked the Talbott case, she said she took on the case pro bono before officially joining the company. And she pointed to a statement that was posted on GEDmatch’s homepage on April 27, 2018, notifying users that the site had been accessed by law enforcement and providing them with information about how to remove their data if they did not want it used for non-genealogical purposes. “I have always stated that I felt a responsibility to the genetic genealogy community,” she wrote in an email to WIRED. “They were well aware and there had been many conversations about the fact that GEDmatch was used for the GSK case by the time I worked on the Talbott case.”

With Monday’s resolution in place, the spotlight on genetic genealogy inside the Snohomish County courtroom may have dimmed. But outside its walls, the decision will do little to quiet the intensifying debates around the ethics and legitimacy of its growing use by police.

Updated 06-12-2019 12:30 PM ET: The story was updated to correct and clarify the circumstances around the identification of Talbott as a potential suspect.