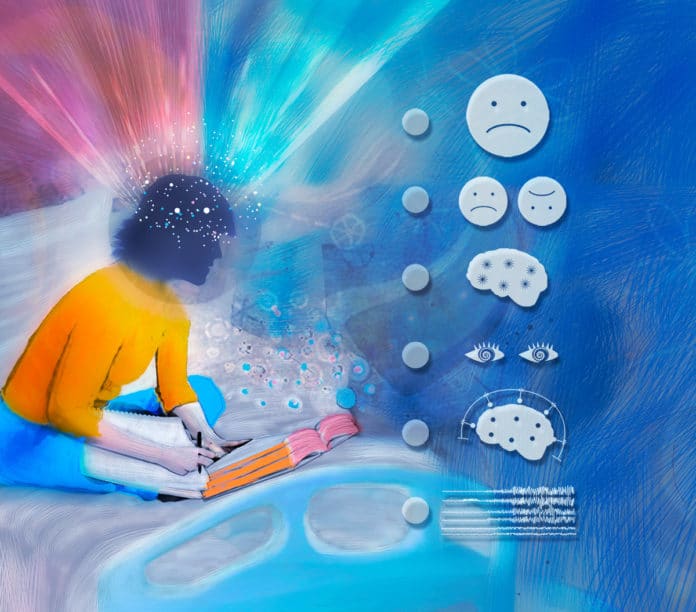 I knew something was odd when the nurse insisted that she accompany me into my patient’s room for my own “protection” — but then again, this was the psych ward. The nurse led me through two sets of metal doors to meet a glowing 46-year-old woman named Melissa — glowing not only because of her orange blouse and tight, fluorescent blue pants, but also because of her pasted-on smile, as if ecstatic to be involuntarily hospitalized. She sat cross-legged on the bed with a Bible in her lap, taking furious notes, until she noticed me standing there.

“Hello, doctor!” she said. “You have some sexy legs there, don’t you?”

I don’t, and I was starting to get a sense of her symptoms. Standing next to her was Anthony, her friend and co-worker, who explained the situation. Melissa worked as a financial analyst and was typically a model employee, but today at work, her colleagues became concerned that she had had a mental breakdown. She walked from office to office proclaiming, “I am God,” and promising to forgive the sins of her “children” who worked in the office. She repeatedly hugged her male colleagues while declaring how much she loved their feet. Ultimately, Anthony brought her to the hospital after she inquired about whether he’d ever received a foot massage from the hands of God.